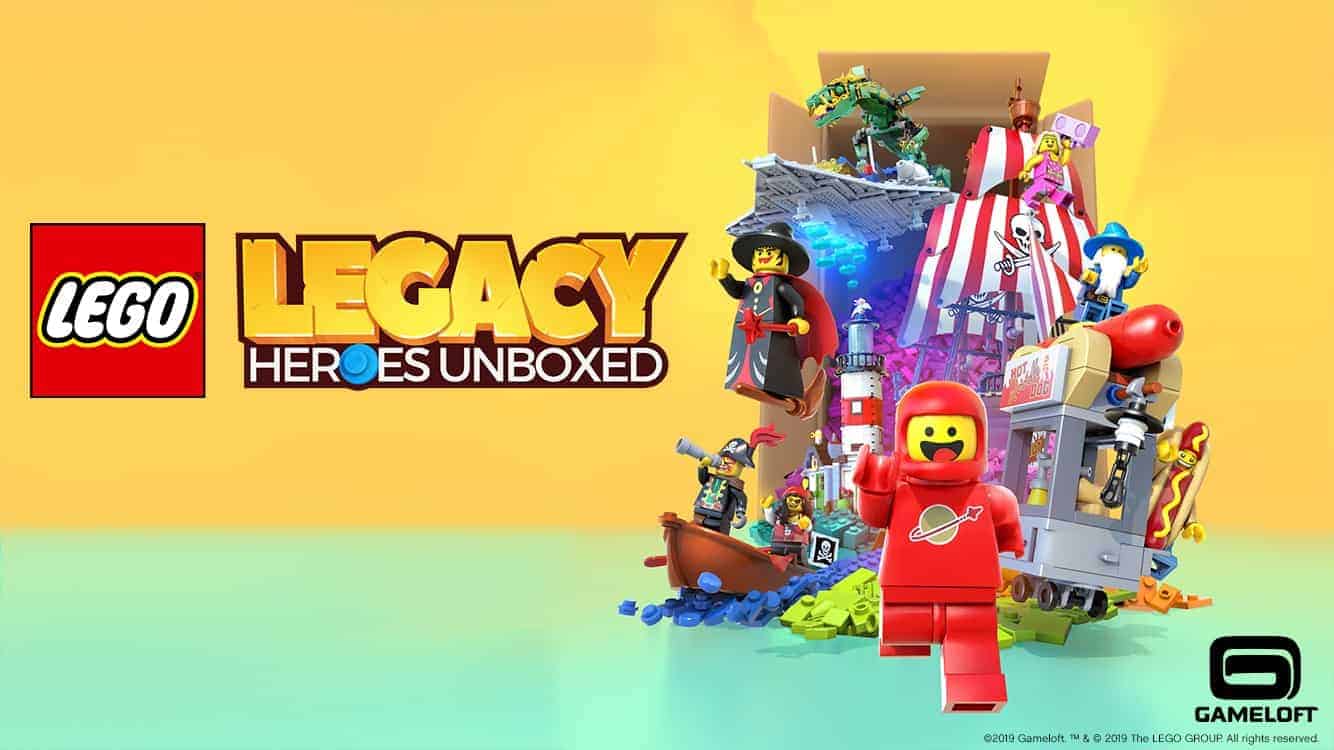 Android gaming powerhouse Gameloft has announced a partnership with The LEGO group to develop the property’s first team-battle RPG, titled LEGO Legacy: Heroes Unboxed. This game has already been teased, and has now been officially unveiled. Gameloft has been working on this one for years already, and it will be ready for release in the fall. Until then, it will be showcased on a regular basis to show off progress and build hype. The first such showing will be at Brickworld Chicago, taking place on June 15 and 16.

The teaser trailer below doesn’t give away any gameplay specifics, but what is known is that the game will be a team-battle RPG, which likely means it will be something in the vein of Revolve8 or a MOBA like VainGlory. On the matter of the game universe, rather than dipping into licensed properties that LEGO has been involved with over the years, this game will draw on the brand’s own rich history, allowing players to collect, build, and battle with beloved sets and minifigures from LEGO history, like the Captain Redbeard minifigure in the trailer. Naturally, the trademark humor of the LEGO series is intact here. Fans that skateboarded across LEGO Island back in the 1990s and kids that are just learning to play with LEGO sets and love the franchise’s recent superhero titles will find common ground there.

The game will take place in an original LEGO universe that follows a brand new storyline, incorporating the franchise’s historical figureheads in creative and unique ways. Players will be tasked with adventuring across this new LEGOscape and collecting minifigure characters and LEGO brick sets, the very same ones you’ve been able to purchase in the real world, on a grand adventure. Details on the storyline and universe beyond all of that, however, have not been released just yet.

In order to get every little detail just right, Gameloft’s staff have been poring over old instruction manuals, examining LEGO sets of yore, and even visiting the LEGO Vault in Denmark, a physical collection of every LEGO toy ever released. According to LEGO Games vice president Sean McEvoy, the studio is doing a great job so far, and has had great success in trying to capture and distill the fun of the LEGO brand. That’s something that fans will have to judge for themselves in the end, but having studio heads praise the game not long before release does seem promising.

Both Gameloft and LEGO have tons of experience with game development, and this game has apparently had a very long development cycle. It’s quite obvious at this point, especially given the planned hype building, that this game is going to be a big deal in the mobile gaming space and in general. The game mechanics almost promise a gacha-style character collector game, which means that there are tons of chances for microtransactions and other annoying mobile mechanics to run rampant. Even so, with LEGO and Gameloft working together, this is bound to be a great game, whether it’s hidden behind the usual mobile-specific crud or not.