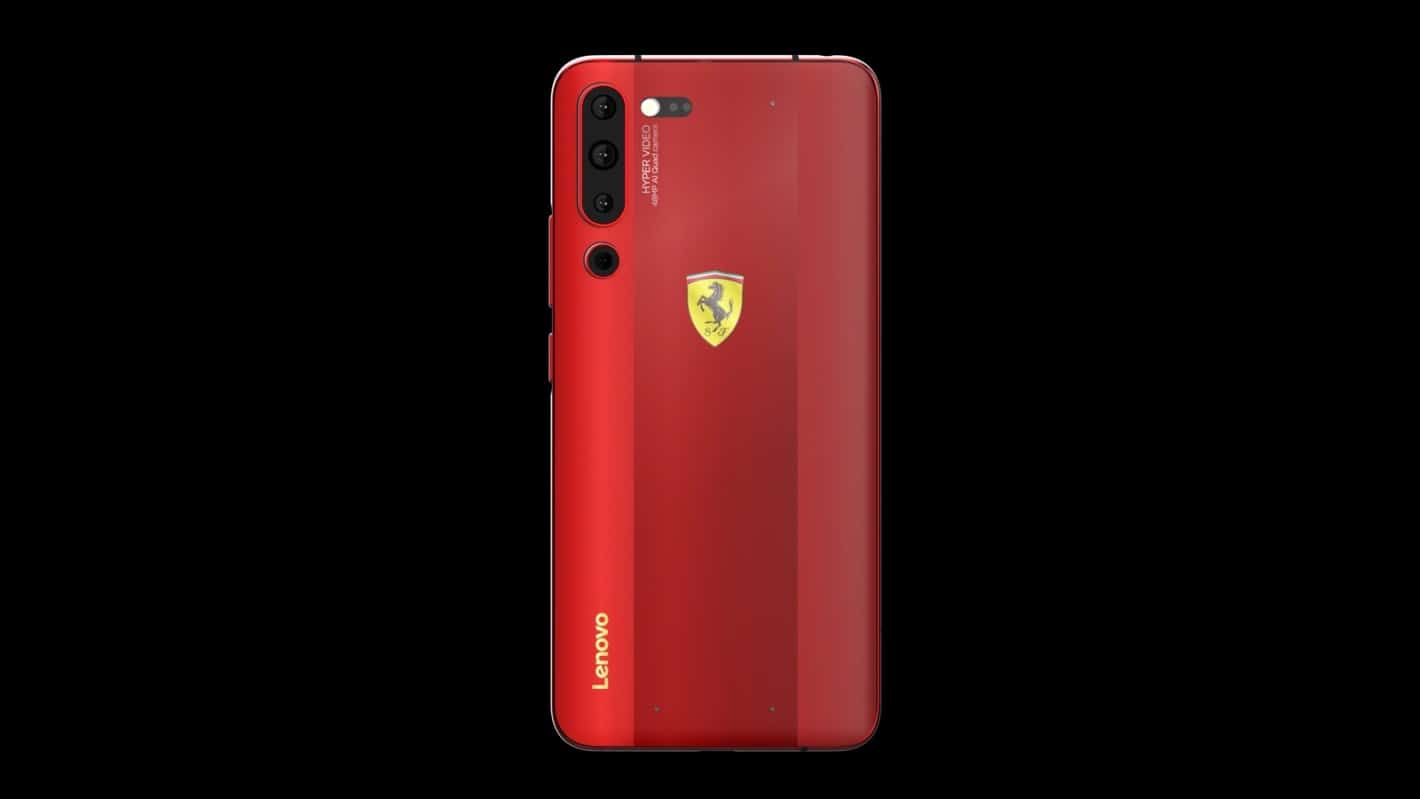 It seems like Lenovo is planning to partner up with Ferrari in order to release a Ferrari-branded smartphone. The partnership hasn't been officially confirmed just yet, but the Vice President of Lenovo Group, Chang Cheng, did share an image of a device with a Ferrari logo via his official Weibo (Chinese social network) account.

Those of you with a keen eye will notice that this is the Lenovo Z6 Pro we're looking at here, the company's flagship which was announced quite recently. If we put two and two together, we'll come to a conclusion that a special edition Lenovo Z6 Pro handset is coming, and it will bear Ferrari's colors and branding.

You will notice four cameras here, along with some additional sensors. Considering that the Lenovo Z6 Pro got announced last month, we know exactly what to expect here. You're looking at 48, 16, 8, and 2-megapixel cameras here, plus a ToF (Time-of-Flight) camera. A single 32-megapixel unit will be located on the front side of this phone.

The device will feature a 6.39-inch fullHD+ AMOLED display, presuming that Lenovo doesn't change some specs here, of course. The phone will be fueled by the Snapdragon 855 64-bit octa-core processor, and it will ship with Android 9 Pie, with ZUI 11 skin on top of it.

A 4,000mAh battery will be included inside of this phone, and it will support 27W fast charging. Dolby Atmos support will be on board, along with a 3.5mm headphone jack, while the phone will include two SIM card slots.

The regular Lenovo Z6 Pro comes in 6GB, 8GB, and 12GB RAM variants, and it's safe to assume that this special edition model will not be available in all those options. The Ferrari Edition of the Lenovo Z6 Pro will probably ship with 12GB RAM, and that will be the only option that Lenovo will offer. We're only guessing here, just to be clear.

Presuming that Lenovo is teasing this phone via Weibo, it's safe to say that it will launch in China first, and it remains to be seen if it will reach any other markets. Ferrari is a well-known brand around the world, so Lenovo will probably want to push this phone to other markets.

The Lenovo Z6 Pro's international availability has not yet been announced by the company either, so we're waiting on that info as well. In any case, we've already seen several smartphones that carried famous luxury car brandings, like the OnePlus 6T, for example, as it was released in a McLaren edition. It seems like Ferrari wants to get on board as well, though we're basing all of this on a teaser, even though it's an official one. Lenovo will probably opt to announce this phone soon, so stay tuned for that.