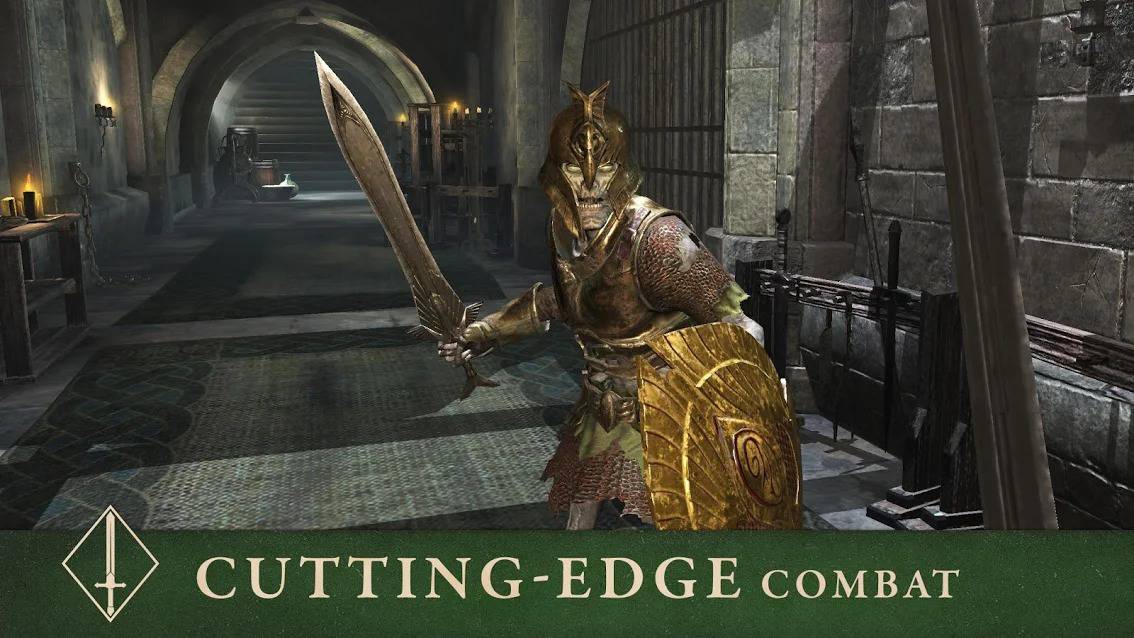 Bethesda’s long-beloved Elder Scrolls series made its way onto modern mobile devices with an invite-only beta of The Elder Scrolls: Blades not long ago, and now the beta is open to everyone. Anybody with a compatible iOS or Android device can give the game a try now, just by downloading it from the Play Store or Apple’s App Store. Those whose mobiles don’t quite have the grunt for what is essentially a reimagined, slightly toned-down Skyrim, however, will have to wait a while; there’s no official word on a release date for the PC and console version at the moment.

To get on the topic of the game itself, it’s a new Elder Scrolls adventure that apes many of the systems present in Skyrim, which has been by far the most popular title in the series thus far. That decision has its ups and downs, of course. One of the biggest upsides is the graphics. This game is definitely on par with just about anything released on last generation’s consoles, such as the Sony PlayStation 3 and Microsoft XBOX 360, if not above. Detailed textures abound, along with high-poly models that will push your phone to its limits, unless you have a very strong device.

Among the downsides, of course, you’ve got the samey equipment, monsters, and such, though many elements are pulled from Cyrodil, the world of The Elder Scrolls IV: Oblivion. Even for longtime series fans, that’s a decent amount of variety and character customization, though it can get old pretty easily. You’ve also got the samey quests, though in this setting that’s not such a bad thing. Essentially, the quest system is built to give you a quick mission to run while you’ve got a small window of downtime. You’ll explore a dungeon, fight a key monster, deliver a good, or other such somewhat menial tasks, then head back to the hub town.

The hub town is one of the best things about this game, and it’s exclusively available within the series in this mobile installment. You’ll start off with a pretty barren hometown, and as you upgrade it and add more facilities, it levels up with you and its capabilities can be increased. It also gets prettier and prettier to walk around in. Another mobile-first change is the combat. Built around quick swipes for intuitive actions, along with a focus on timing over management of tons of different actions, the combat here is on the simple side while managing to reward skilled play. While only the most skilled can end a battle without damage at first, your character will gain more and more skills over time, and many of these are focused around blocking, dodging, and otherwise negating damage or ending combat faster so that damage never occurs.

One mobile-first element that’s not so great is the paywall system. Just about everything you can do in this game is on a timer that can only be avoided through paying up gems. Treasure chests are the worst offenders, and unless you’re willing to pay up or you don’t play all that much, you’ll find your chests stacking up to the limit of your inventory capacity in short order. Some take as long as 6 hours to be ready to open. Upgrading buildings, crafting things, and other such actions are also on timers, though some of these are a maddeningly low 10 seconds, which is just long enough to be annoying, but not long enough to make you want to pay up. The worst part is that gems are rewarded very sparsely in regular gameplay, and you’ll almost exclusively be getting them by paying real money, if you want to use them.

Overall, The Elder Scrolls: Blades is an engrossing RPG and a great mobile game, but it’s got some flaws that can turn off those who lie somewhere between the truly hardcore and the more casual crowd. Still, with the game being available to all and totally free, if you’ve got a decent device handy, there’s no reason not to give it a try.