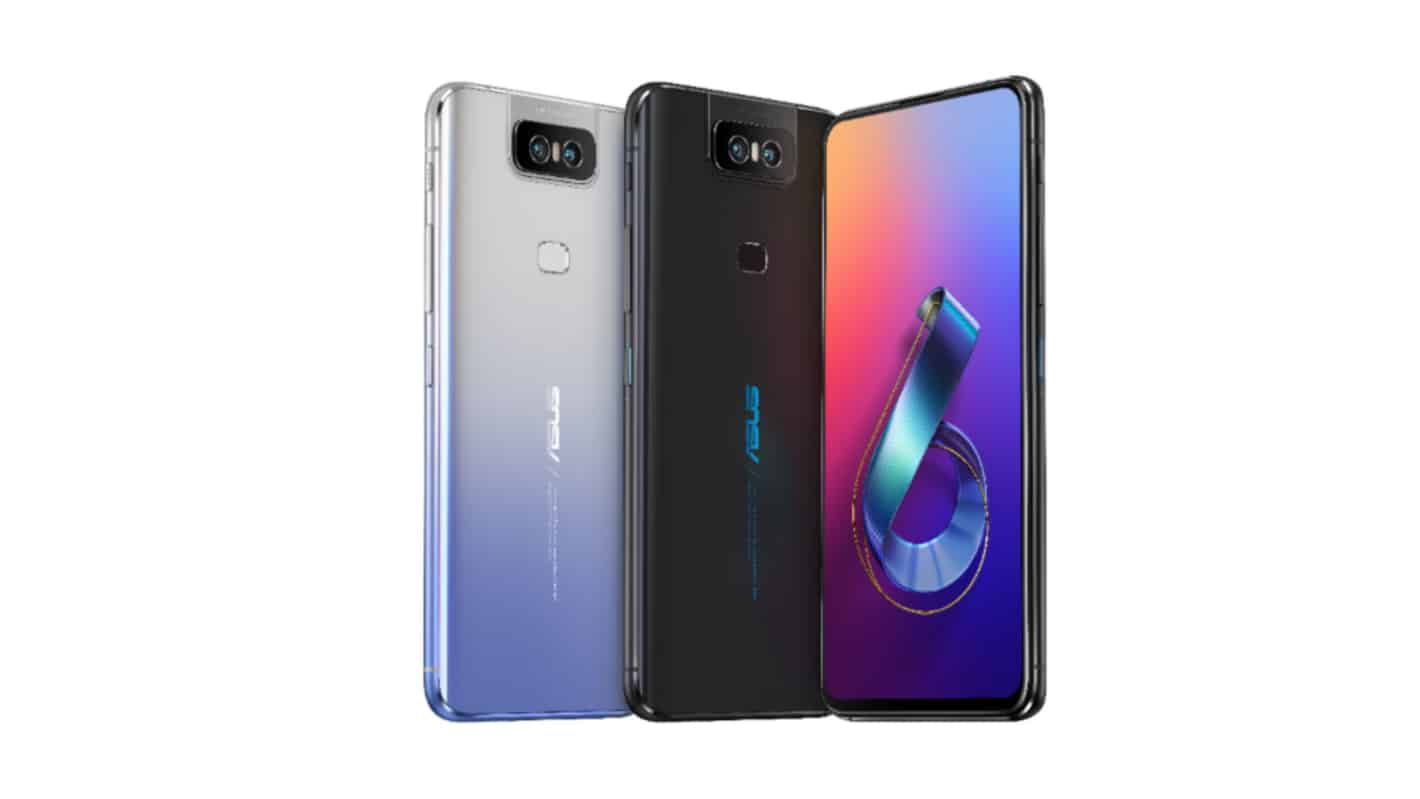 ASUS has just announced the Zenfone 6 at an event in Spain today. It's a very drastic change from its earlier Zenfone flagship smartphones. With ASUS bringing in a dual-flip camera, a near-stock version of Android and a massive 5,000mAh capacity battery.

Starting with the specs, the Zenfone 6 sports a 6.4-inch full HD+ LCD display, with a 19.5:9 aspect ratio. That gives it a whopping 91-percent screen-to-body ratio. This is protected by Corning's Gorilla Glass 6, and it also has 3D Curved Glass with NMT technology. The phone is powered by the Snapdragon 855 chipset, 6GB of RAM and 64GB of storage. All powered by a 5000mAh capacity battery, and it supports 18W Quick Charge 4.

There are only two cameras on the Zenfone 6. Instead of doing a notch, or a mechanical pop-up camera, ASUS is flipping the camera up from the back. And that module has a 48-megapixel Sony IMX586 sensor with a f/1.79 aperture. The second sensor is a 13-megapixel ultrawide, with a field-of-view of 125-degrees.

This flip up style camera is not really new. We've seen similar things in the past, like the OPPO N3. It was similar but not exactly the same. But doing it this way means that ASUS can get a fully bezel-less smartphone, without having a mechnical camera that pops up from inside the phone.

However, you will still need to worry about the camera breaking off, if you do drop it. But, like OnePlus with the 7 Pro, ASUS has implemented fall detection, so if the gyroscope detects that the phone has fallen out of your hands, it will retract the camera back to the back of the phone. To keep it from breaking off. It's a bit early to see how well this will work out, but it does sound pretty impressive so far.

On the software front, ASUS is running Android 9 Pie, which is the latest version of Android right now. But ASUS has done an about-face on software. Instead of having a pretty heavy skin on Android, ASUS is going to a near-stock Android approach. There are still some ASUS apps included on the Zenfone 6 (as expected) but for the most part, it is a stock version of Android.

ASUS says that by going with a stock version of Android, it's going to be able to be quicker with updates. Something that has been a big complain of ASUS smartphone owners in the past. It plans to be one of the first smartphones to have Android Q later this year – and the Zenfone 6 will join the Android Beta Program in the very near future.

The company has also updated its apps, so they look closer to Google's theme. Meaning that it's now running on a material design theme, which looks really good, and is a welcome change. As the software was one of the bigger complaints about ASUS' smartphones – in addition to updates.

ASUS' big selling point with the Zenfone 6 is actually the price. You're getting top-notch specs, like a Snapdragon 855, 6GB of RAM, 64GB of storage and a large 6.4-inch display, for under €499. ASUS has not announced whether this will be coming to the US or not, seeing as the pricing is in Euros, it may not be.