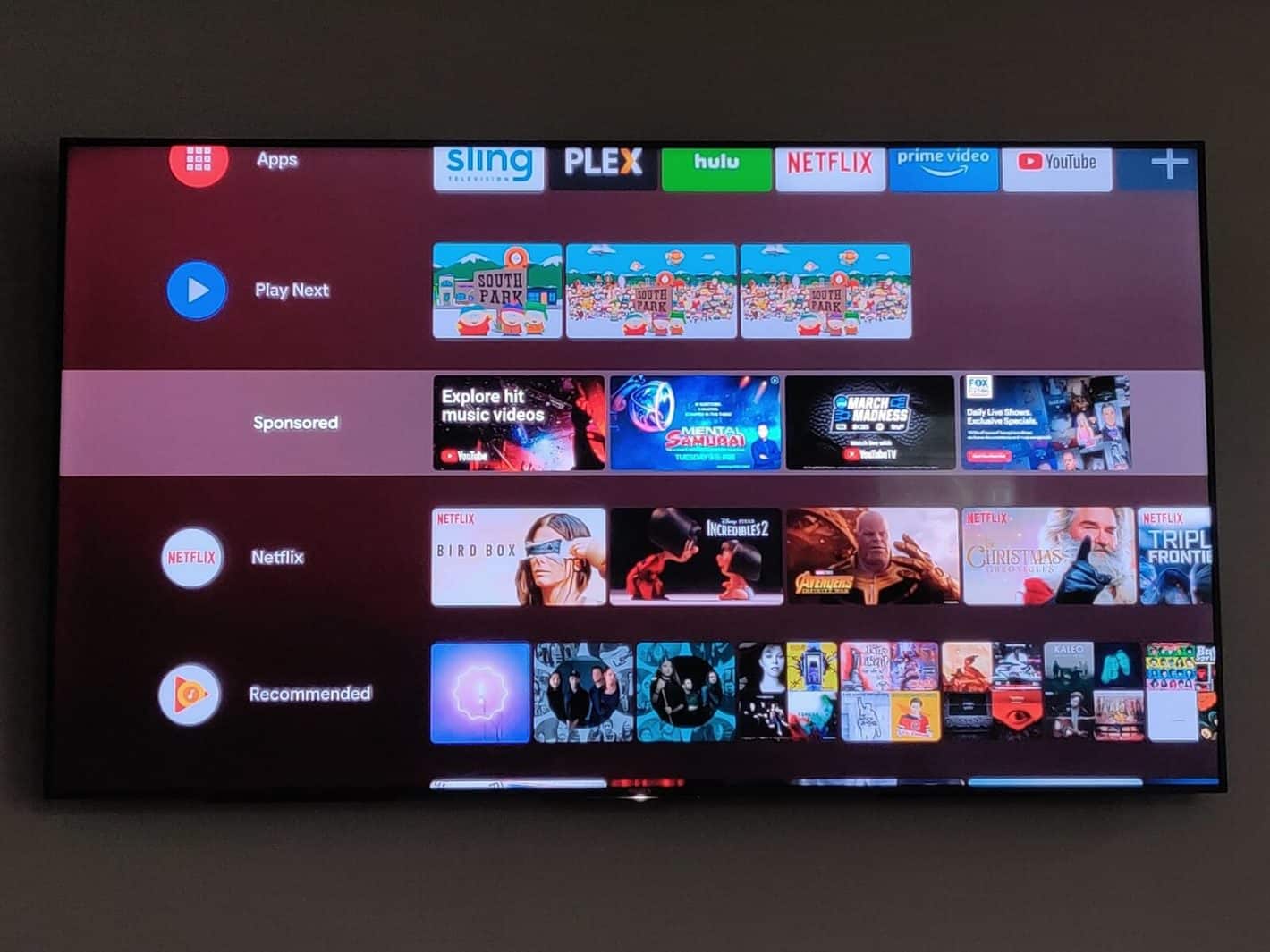 This week has seen an increased interest in Android TV albeit for all the wrong reasons.

It recently came to light that Android TV devices had started to display a "Sponsored" row on the home screen.

At the time it was unclear what this was for, or even what devices were affected which all led to a fair amount of confusion on the topic.

Since then some of the confusion has been cleared up a little as Google released a statement on the matter explaining this was a "pilot program." In addition, it's understood this (currently) seems to be only an issue for owners of a Sony TV powered by Android TV.

What still remained a little unclear was what exactly this "Sponsored" row was showing? After all, if the feature was relevant and intelligent enough then maybe it could be a good addition to the platform.

That now seems unlikely to be the case.

The first image that came to attention showing the feature was a little bare-bones with no discernible content in play. Since then other images (like the one above) have come to light and provide a better look at what Google understands sponsored content to be.

Based on the new images, this is definitely and heavily an ad-based addition to the experience. What's more, it's not one that's resigned to third-party content either but one which looks likely to work as a tool for Google to push its own services to Android TV users.

For example, both YouTube and YouTube TV are displayed in the image above but neither ad is pushing the actual app. Instead drawing on specific shows/elements to drive traffic towards. In YouTube's case it's music, while in YouTube TV's case it's March Madness.

The other two ads on show are for "Mental Samurai" and what seems to be "Fox Nation" – both of which are shown on Fox.

This is likely to be the best way to understand the difference between the "Sponsored" row and "Apps Spotlight" as the latter is designed to promote an app on the whole while the former focuses in on specific shows and interests.

While it's still unknown just how targeted these are, it stands to reason given Google's take on ad delivery in general that the ads will be at least somewhat relevant to the viewer. TV habit-tracking has become big business of late and delivery of contextual and relevant ads is one of the driving forces behind this.

If these are relevant enough then that's likely to be of some benefit to some users who want to be served content recommendations they like, but this is almost certainly more beneficial to advertisers than anyone else.

This approach (compared to Apps Spotlight) is likely to affect all users in largely the same way as the YouTube ad shown in the image clearly indicates these ads will surface whether or not you have the app installed, acting as further evidence that the "Sponsored" section is not designed to drive users to app installs, but to content.

That's not to say they won't also include apps a user doesn't have installed, as they most likely will, but the difference is Sponsored adopts a content-first approach.

For those unhappy with having these ads delivered directly to them, the jury is still out on just how much control you as the viewer/device owner has.

Disabling the feature is technically possible as other users have highlighted there is an option buried within the settings under "Channel Customization" and then "Promoted Channels" (as shown below with more details here) to toggle the feature on and off – as you can with Apps Spotlight and most other apps that adopt Oreo's home screen channel feature.

However, there are mixed reports on the functionality of this with some users stating the Sponsored row eventually reactivates itself after a period of time, while others have claimed that you cannot currently disable/enable the feature to begin with – in spite of it showing up in the settings.

Most of these users attribute this to Google disabling the ability (directly and indirectly) to turn off the feature. Whether that's the case, it is worth keeping in mind this is apparently only a pilot program and so Google may opt to offer user-control or not. Neither outcome is guaranteed until if and when the feature exits its pilot status.

In the meantime, Sony has updated its support pages acknowledging the addition of "a sponsored channel," advising that it came through along with the latest update to the Android TV Launcher app, and that content shown on this channel is "managed by Google." Along with the recommendation that those who want to disable the feature will have to opt for a "restricted profile."

A solution that's unlikely to appeal to most device owners.