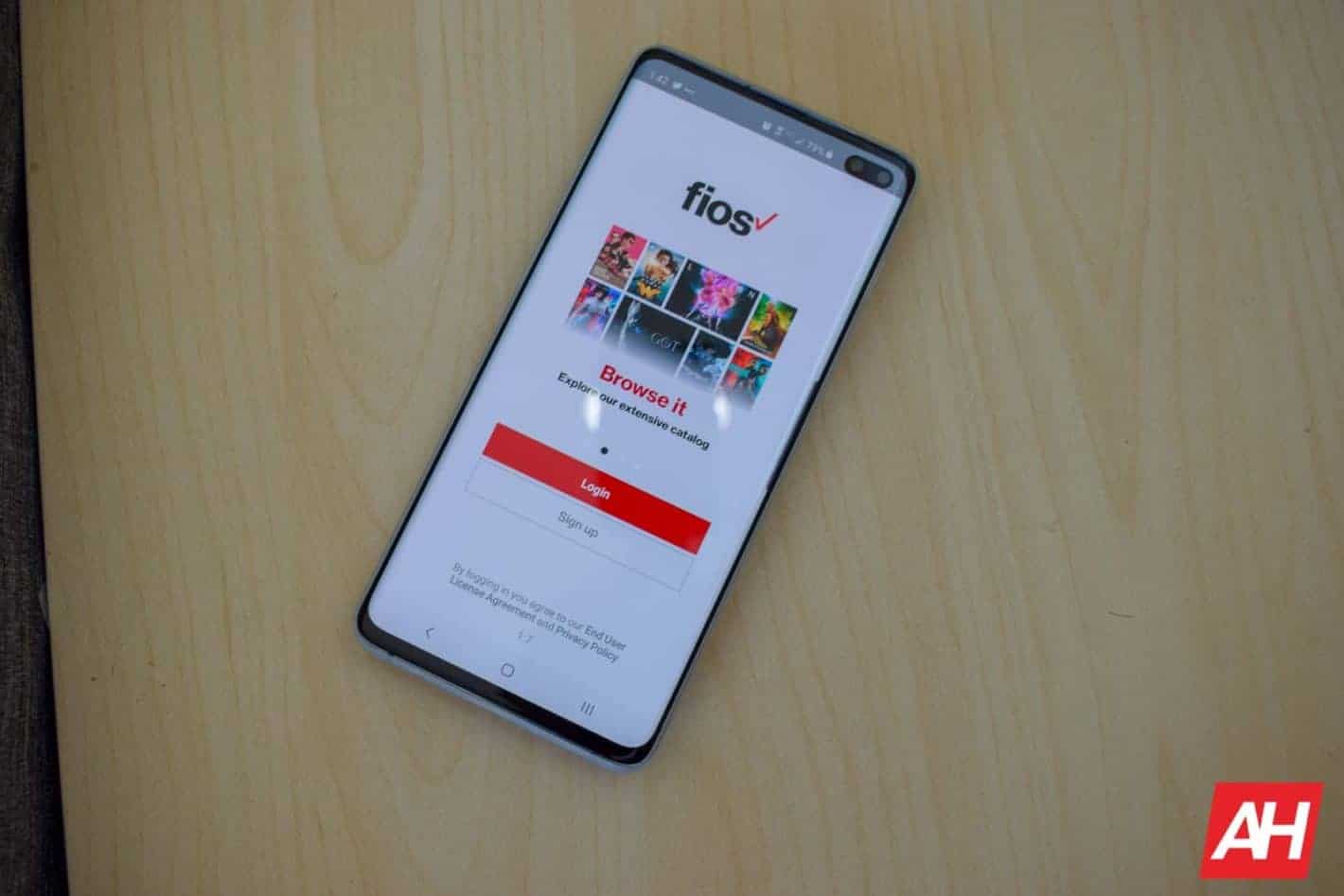 Update: Verizon Fios is now offering a new promotion for those looking to make the jump. You can sign up for Fios and receive a $200 prepaid Visa gift card. Making this a really great deal, for those that want faster and more reliable internet. For $79.99 per month, you can get Fios internet with speeds of 940Mbps download and 880Mbps upload. You can get slower speeds for $59.99 per month but that drops your prepaid Visa card down to $100. You can check out Verizon Fios' current promotions here.

The Verizon Fios TV app makes it super easy to catch up on your favorite shows whether you are at home, or on the go.

With the app, customers are able to watch hundreds of channels while they are on the go, unlike some other cable providers, you can stream over 200 channels when you aren't home. So if you're traveling and want to watch SportsCenter* while you're away, just open the app and start streaming. It's worth mentioning that if you also have Wireless service through Verizon, TV streams for free – it doesn't count against your data cap.

If you have plans, and will miss this week's episode of Game of Thrones**, you can easily set your DVR to record it straight from the Fios TV app. Simply tap on the program, and then tap the record button. The recording feature lets you choose to record that particular episode, or the entire series if you want.

In addition to finding specific TV shows and/or movies to watch on the go, the Fios TV App is able to show you the traditional TV guide. Wondering what's on CBS right now? Just head to the guide to see what is playing right now, as well as later on. You can turn on filters, so if you're looking for a movie, the guide will only show you the movies currently playing, and so forth.

The channel guide can be very useful during the playoffs. With the NBA Playoffs about to start, it makes it very easy to see what channel your favorite team is on. You can also use the "Search" feature within the app and search for your team. This also works for other programs like The Big Bang Theory, if you want to catch up on the series now that it is over. And the search feature can let you find programs starring specific actors and actresses. Say you're looking for a movie that Charlize Theron was in, you can search for her name, and the Fios TV app will show you all the results that are available.

The Fios TV App is not just available for watching TV on your smartphone. It also acts as a remote for your TV. While you can easily just start watching on your smartphone or tablet, there is also an option for "Play On" which will show you which TVs are available for playing this particular TV show or movie. It's almost like Chromecast, but a bit more limited, as it will only work with TVs that have a Fios box connected.

This remote portion of the app means that the next time the remote gets lost between the cushions in the couch, you won't need to freak out. Just pull out your phone to turn off the TV, change the channel and so forth.

Verizon Fios has essentially taken, what would be two apps from other cable companies, and combined them into one. Typically, there is an app that works as a remote control for your TV and a separate one for streaming TV on your smartphone. It also offers up a much more seamless experience for users, whether they are on the go, or at home, and wanting to watch TV on their smartphone or their TV. This is one of the better looking TV apps out there. Verizon Fios has done a really good job at making sure everything is easy to find, even for those customers that may not be as tech savvy as other customers.

If you are not a Verizon Fios customer yet, there is an incredible promo running right now. If you sign up before May 8, you can get a year of Netflix's premium plan included. For $79.99 per month***, you will get a Verizon Fios triple play which includes Custom TV, Fios Gigabit Connection, and phone service. This promotion won't last long though, so you'll want to take advantage of it before it's gone.

*Only if ESPN is included in your TV package.

**Only if HBO is included in your TV package.

***With auto-pay and two-year term, plus taxes, equipment charges and other fees.