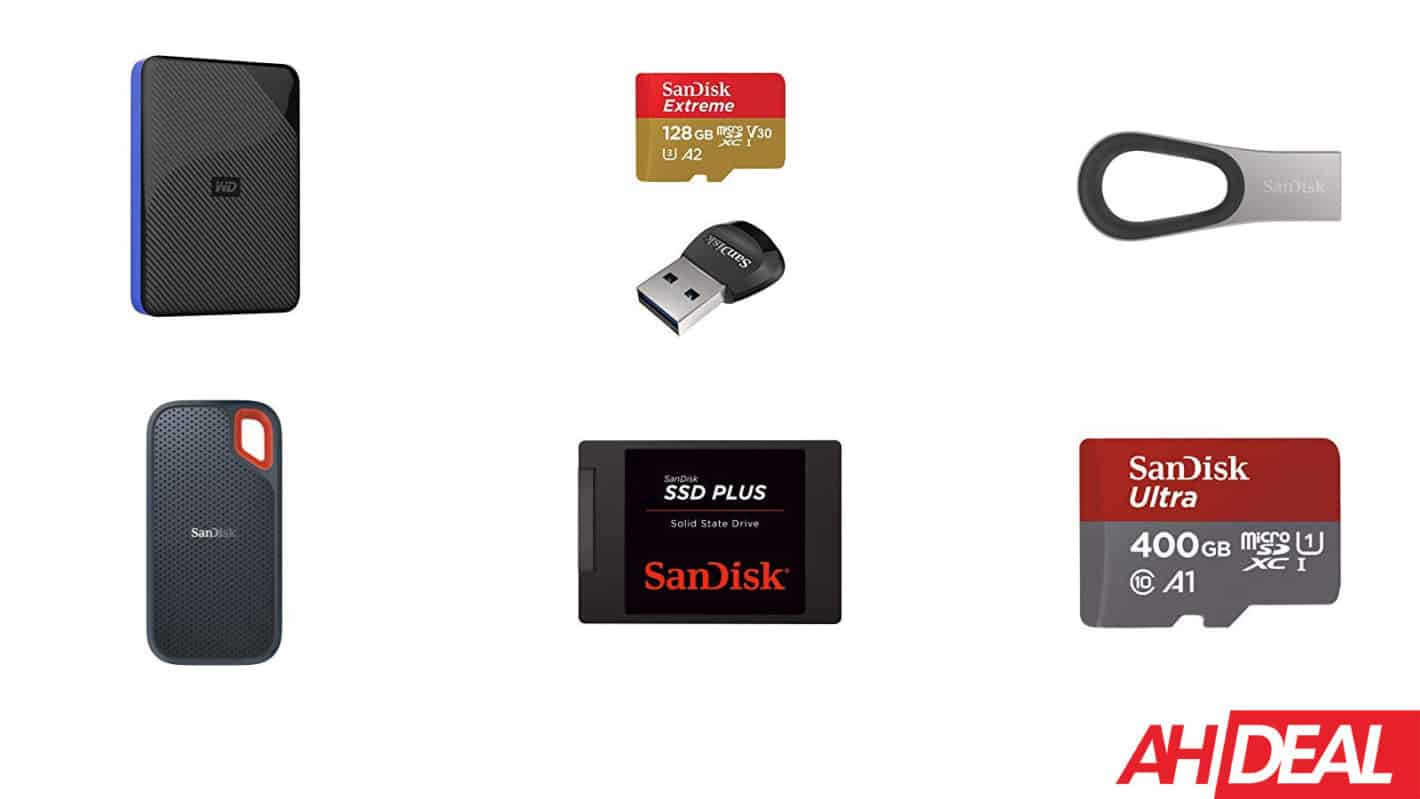 Amazon is discounting a number of storage and memory products today, in its Gold Box Deal of the Day. This makes it a really great time to pick up a new micro SD card or even a portable SSD. These are only good until midnight tonight, so you're going to want to grab these before they are gone.

Those looking for some portable hard drives, the SanDisk 1TB portable SSD is just $143 today. That is a pretty insane deal for this portable SSD, which is usually over $300. There's also the SanDisk Cruzer 256GB flash drive that is priced at just $29.99. Among many others from both SanDisk and Western Digital.

You can pick up all of these products and so much more, from Amazon at the link below. Remember that these are in limited quantities and it will end at midnight tonight. So you'd better hurry.

SanDisk & WD Sale - Amazon
Advertisement
Trusted By Millions
Independent, Expert Android News You Can Trust, Since 2010
Publishing More Android Than Anyone Else
38
Today
82
This Week
337
This Month
5081
This Year
106556
All Time
Advertisement