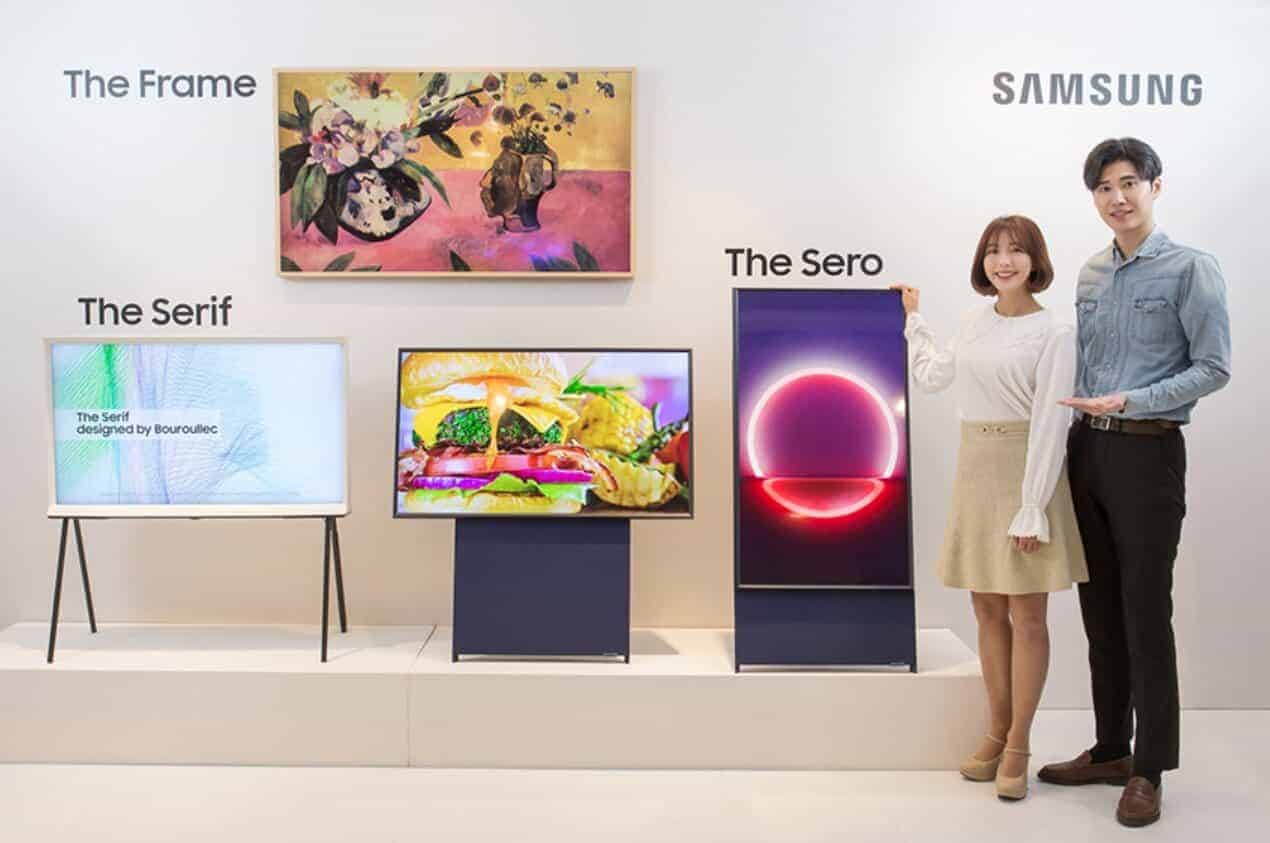 Samsung is not exactly a stranger to novel ideas and concepts although its latest TV offering is a little stranger than usual and may take some getting used to.

Arguably, some consumers might not ever get used to it.

There are those, however, who might see the value in a device like this and it is those particular consumers Samsung is hoping to service in the near future with its new "The Sero" TV.

The big selling point here is this is what Samsung refers to as a 'vertical TV' due to its ability to adopt a portrait orientation. This is not a fixed setting as Samsung did opt to also include a landscape orientation as well – presumably to satisfy the more traditional folk who expect their TVs to be wider than they are tall.

It can switch between the two orientations as and when needed.

Samsung argues the reason The Sero exists in the first place is the "millennial generation," highlighting how those consumers have grown up in a smartphone world where "most of the mobile contents are in the vertical form." The suggestion being this vertical TV will be better-suited to their vertical needs and viewing habits.

This is not just a design gimmick used to bank on a certain generation's tendency to watch vertical videos either. Instead, it is designed to continue to push those consumers to consume even more smartphone content than before by utilizing the TV as an extension of their phone. The TV can be synced with smartphones over NFC.

Essentially, with The Sero you can mirror your smartphone to the TV and to the point where it visually appears as a massive smartphone in the middle of the room, playing smartphone-optimized videos.

This is also a massive smartphone that comes with an equally massive boost in audio performance as The Sero is loaded with a "4.1-channel, 60-watt high-end speaker." Again, making it all the better to cast music from your smartphone to the TV.

Adding to its feature set, this is one of those smarter-than-usual smart TVs due to the inclusion of an artificial intelligence assistant. As to be expected with Samsung, this means Bixby.

Some of the other reasons Samsung suggests this TV will be better for you is the vertical orientation lends itself well to viewing images and even shopping as it allows you to view "comments on the bottom."

Samsung has not provided many of the typical technical specs and information usually released with a new TV announcement. Instead, the announcement seems to almost exclusively focus on the smartphone-esque features and benefits that are on offer.

The new The Sero TV is due to go on sale towards the end of May and at present the company has only confirmed a release in South Korea. In terms of the price, The Sero TV is set to land at just under 1.9 million Korean won. In U.S. terms, that equates to around $1,600.

In spite of the unique design and dual orientation feature, the new The Sero TV seems to be lacking in size options. At launch consumers will only be able to opt for the 43-inch model.