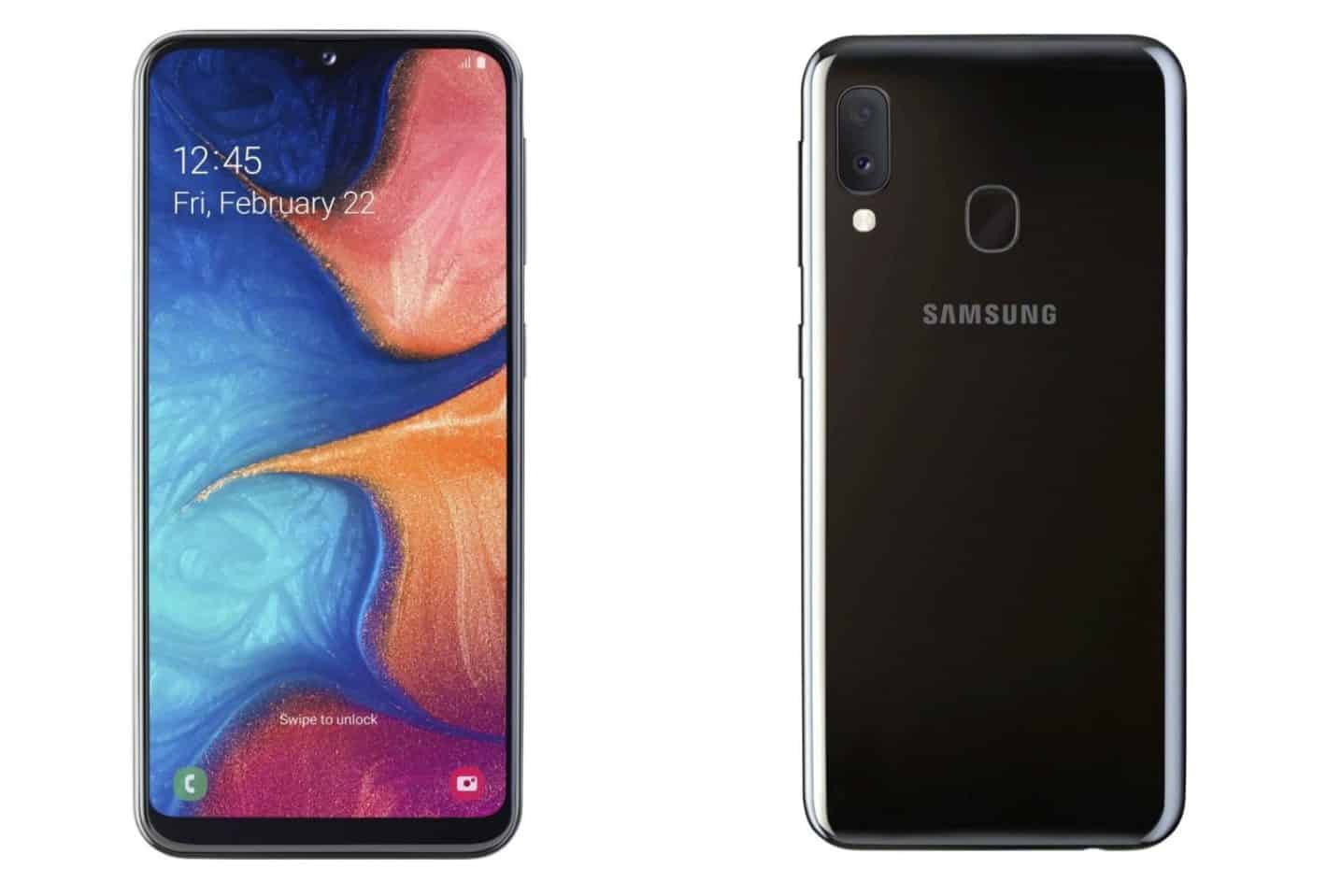 Samsung introduced its new Galaxy A smartphone series in Poland earlier today. The announcement revolves around several models which have been launched previously in other markets, while at the same time marking the OEM’s first official acknowledgment of the Galaxy A20e model which made it in the headlines before through various leaks, rumors, and a premature listing on Samsung’s own UK portal.

Now the Samsung Galaxy A20e is as official as it can be, and unsurprising given the moniker, the device can be described in a few words as a smaller version of the fully-fledged Galaxy A20.  The unit resides in the lower mid-range segment which is fitting for its moniker, particularly given that the Galaxy J series has been phased out.

The Samsung Galaxy A20e follows a philosophy similar to the Galaxy S10e flagship. It is to the Galaxy A20 what the S10e represents for the standard Galaxy S10, i.e., a smaller device with little-to-no shortcuts in terms of features.

Compared to the standard variant which is equipped with a 6.4-inch Super AMOLED display, the Samsung Galaxy A20e has a smaller 5.8-inch TFT panel but retains the same 19:5:9 aspect ratio and 1,560×720 resolution.

Given the smaller footprint, the Galaxy A20e also relies on a smaller 3,000mAh battery as opposed to a 4,000mAh unit, but once again no other shortcuts have been taken and likewise, the 3,000mAh package supports 15W fast charging.

The Samsung Galaxy A20e has a rear-mounted fingerprint scanner and makes use of the octa-core Exynos 7884 chipset developed in-house, 3GB of RAM, and 32GB of internal memory expandable via microSD by up to an additional 512GB.

The smartphone’s rear panel accommodates the same camera configuration as its sibling, namely a 13-megapixel shooter coupled with a secondary wide-angle 5-megapixel sensor, while the Infinity-U display and its U-shaped notch houses an 8-megapixel selfie shooter with an f/2.0 aperture.

As for the exterior design, the Samsung Galaxy A20e looks identical to the Galaxy A20 except for the obvious smaller footprint. Otherwise, both phones share the same DNA and unlike other models in the series including the Galaxy A40 and higher – most of which are based on the so-called “3D Glasstic” design language – the lower-end A20e is based on a plastic unibody.

Responding to the needs of European consumers

Samsung hasn’t revealed any exact launch details pertaining to the Galaxy A20e but interestingly enough, the OEM stated that the device – along with the Galaxy A40 – has been created specifically to meet the needs of European customers who tend to gravitate towards smaller screens.

This could very well mean that the Samsung Galaxy A20e will remain exclusive to the European market, but then again this isn’t the case for the Galaxy S10e flagship so regardless of the reasons why the device was created in the first place, it may still become available in other market regions outside the Old Continent.

So far the Galaxy A20e has been confirmed to hit the shelves in black and white flavors but pricing is unknown. The full-sized Galaxy A20 launched in Russia for 13,990 Rubble or the equivalent of just under €200, and it’s logical to assume that the smaller Galaxy A20e will have an even lower price tag once it hits the shelves in Europe. Only time will tell if the model will expand its reaches and launch in the U.S through carrier support or unlocked. 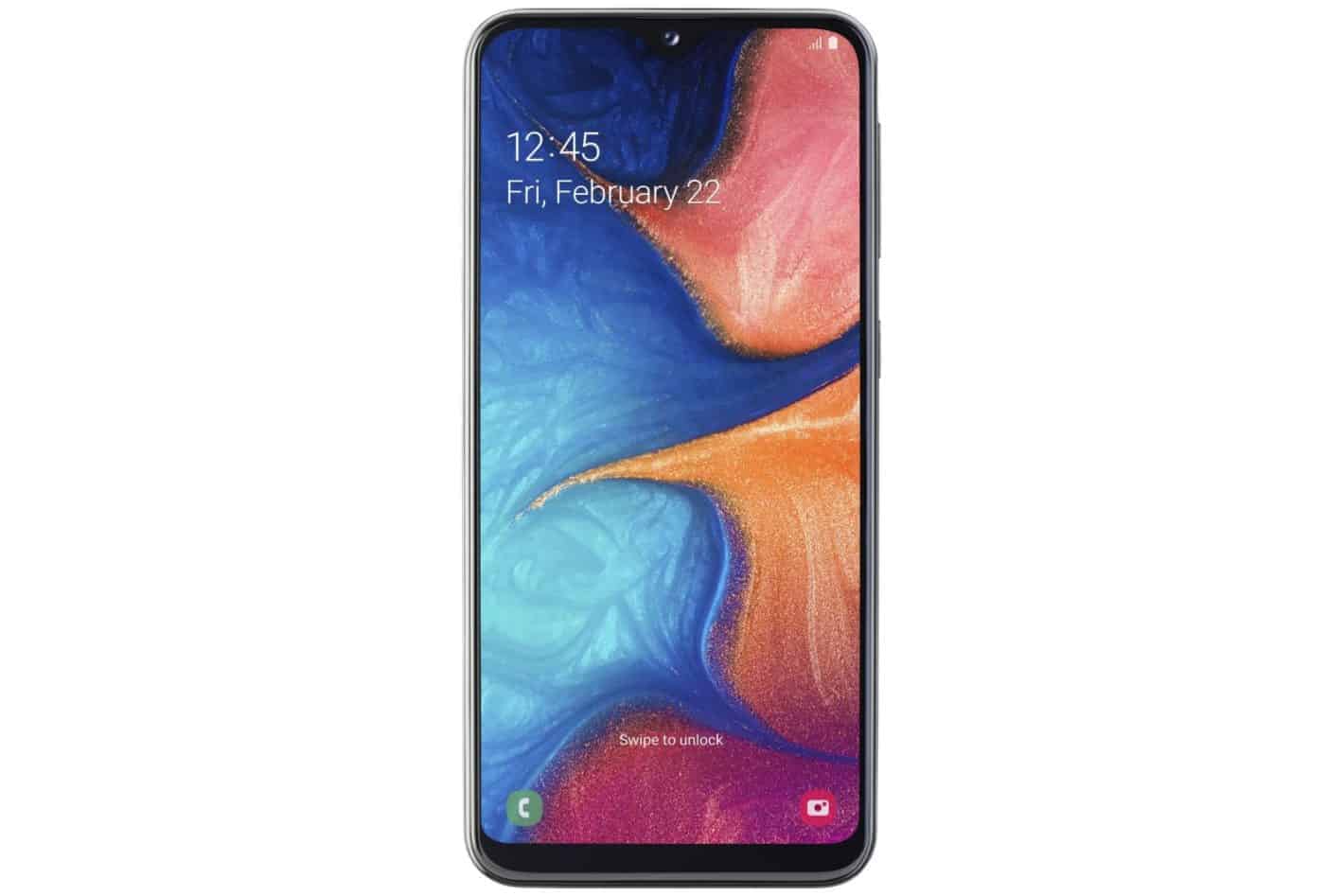 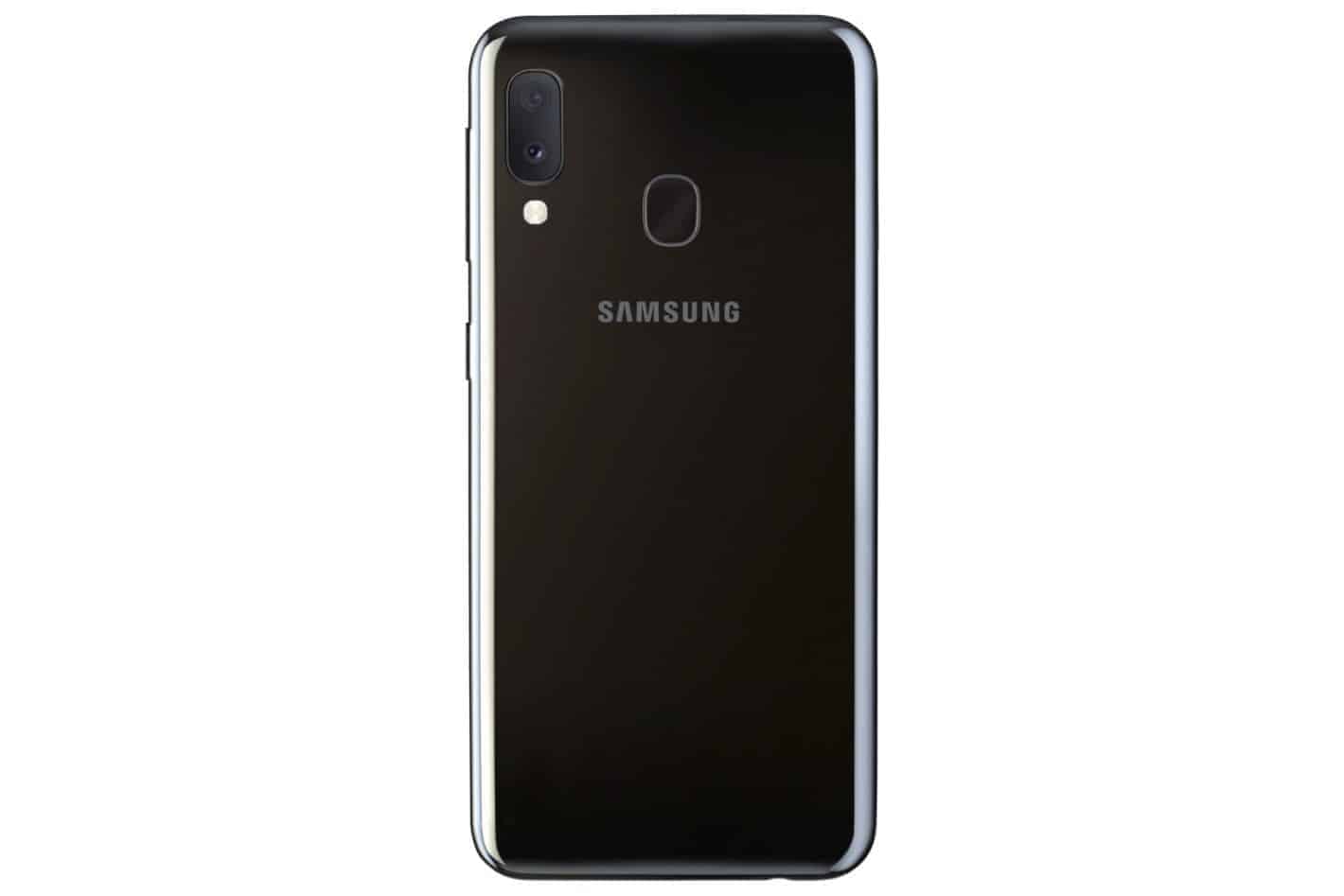 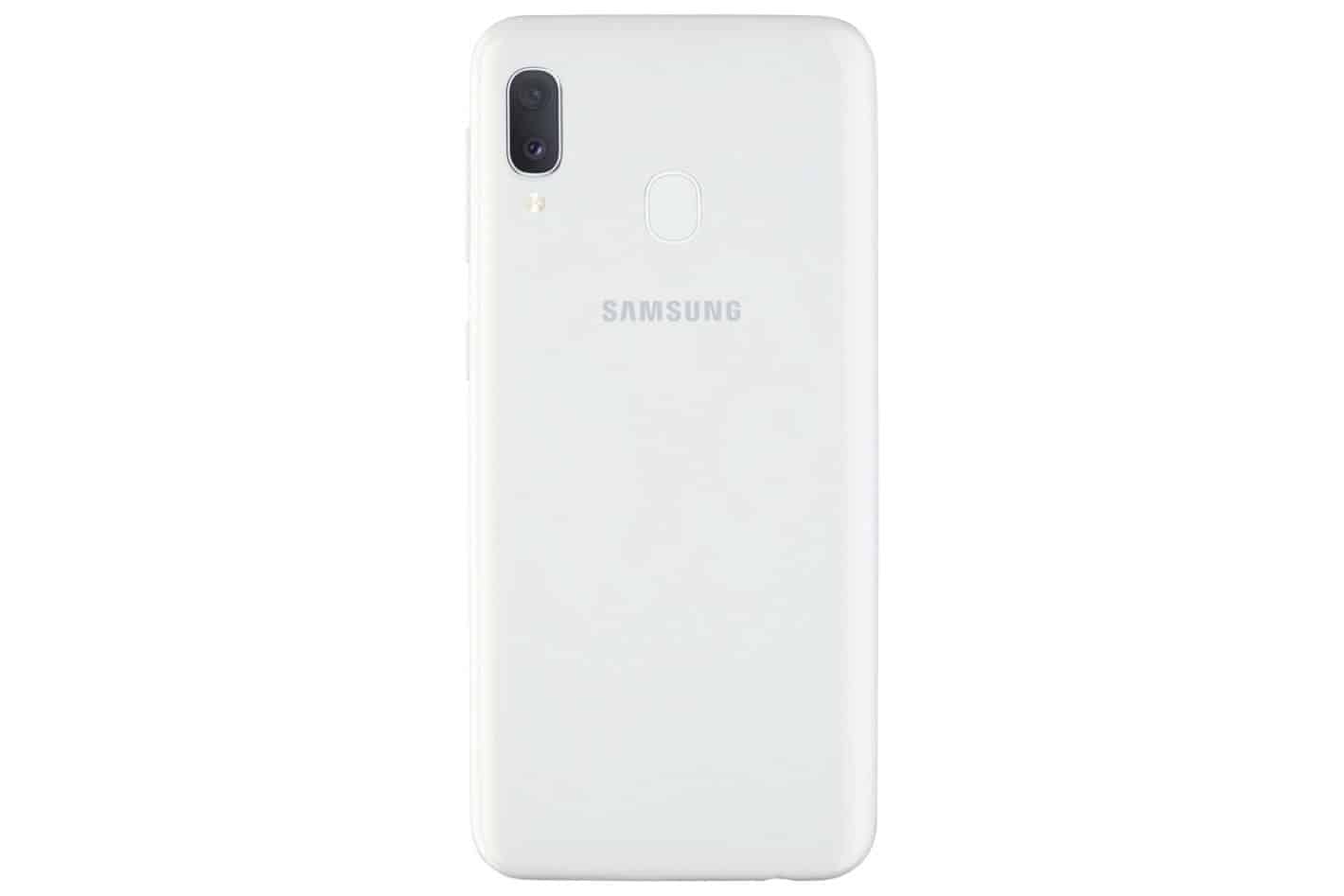 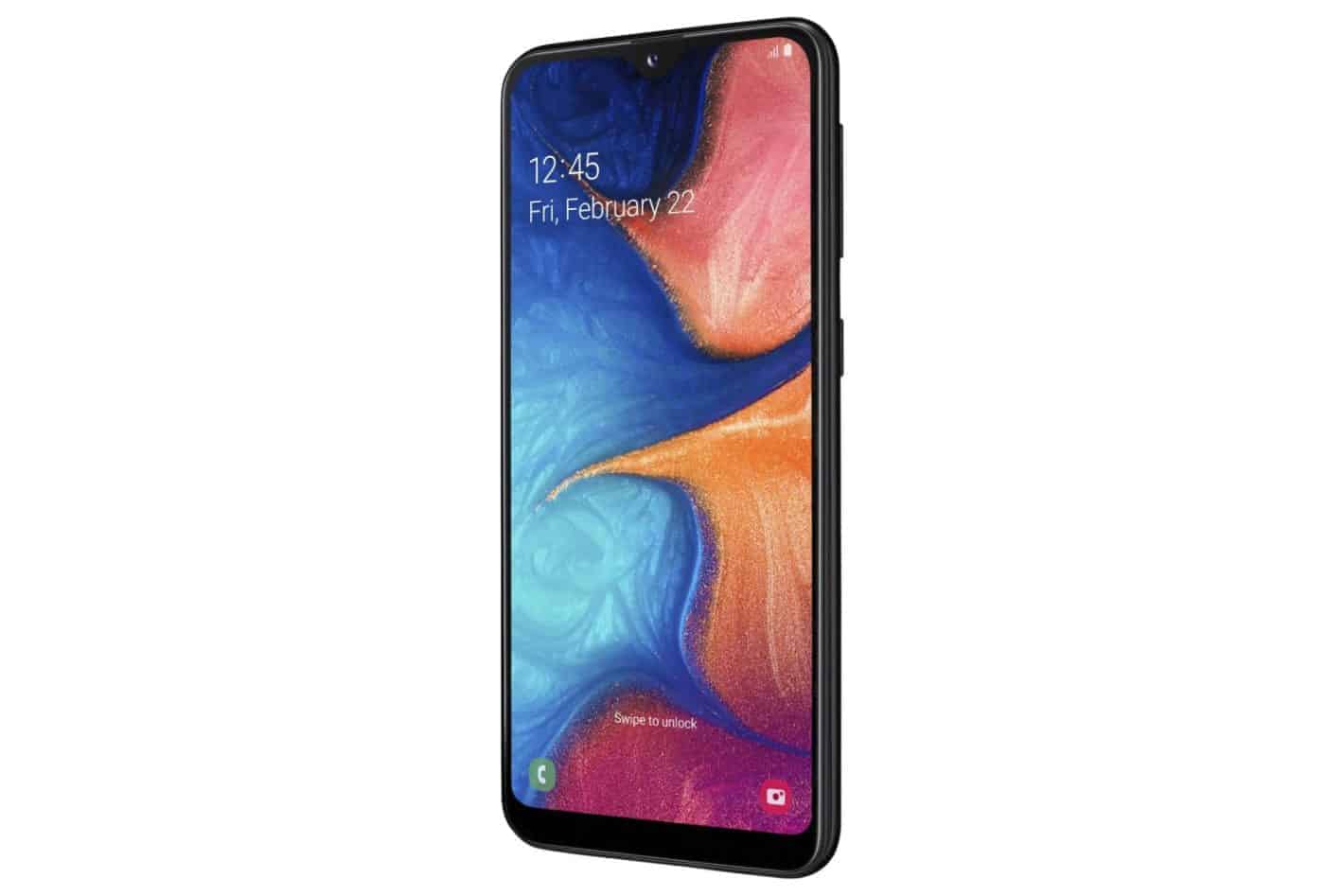 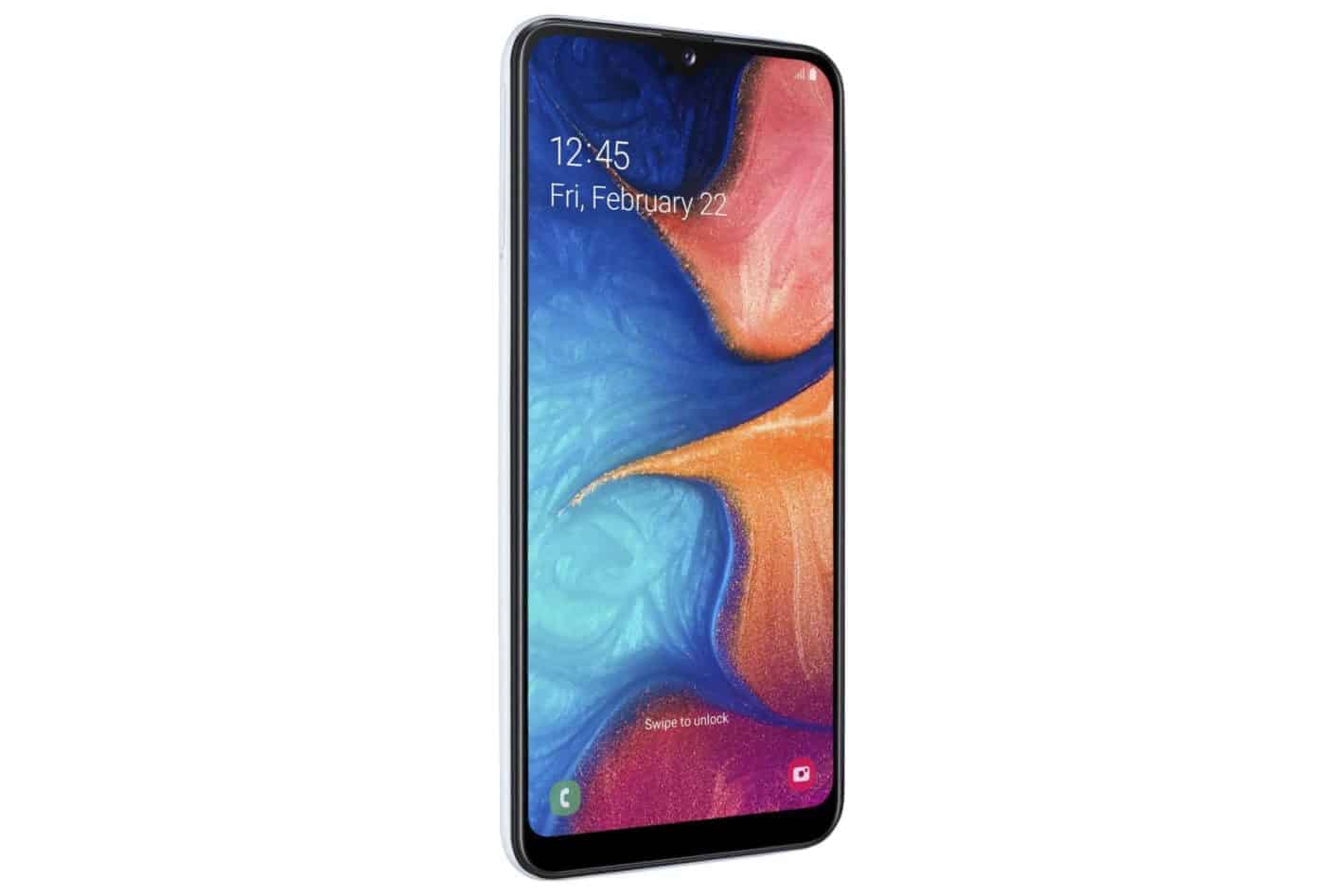 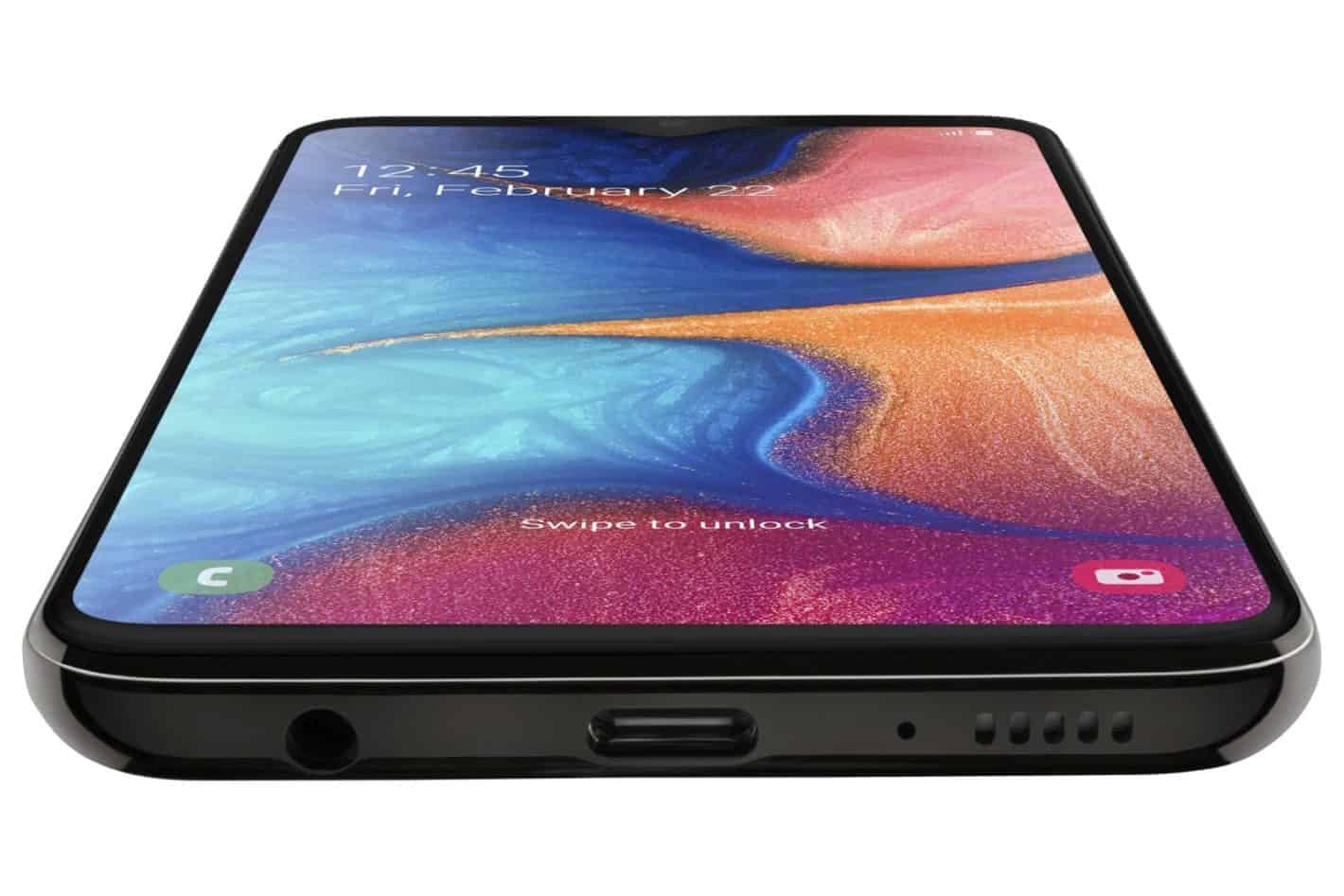 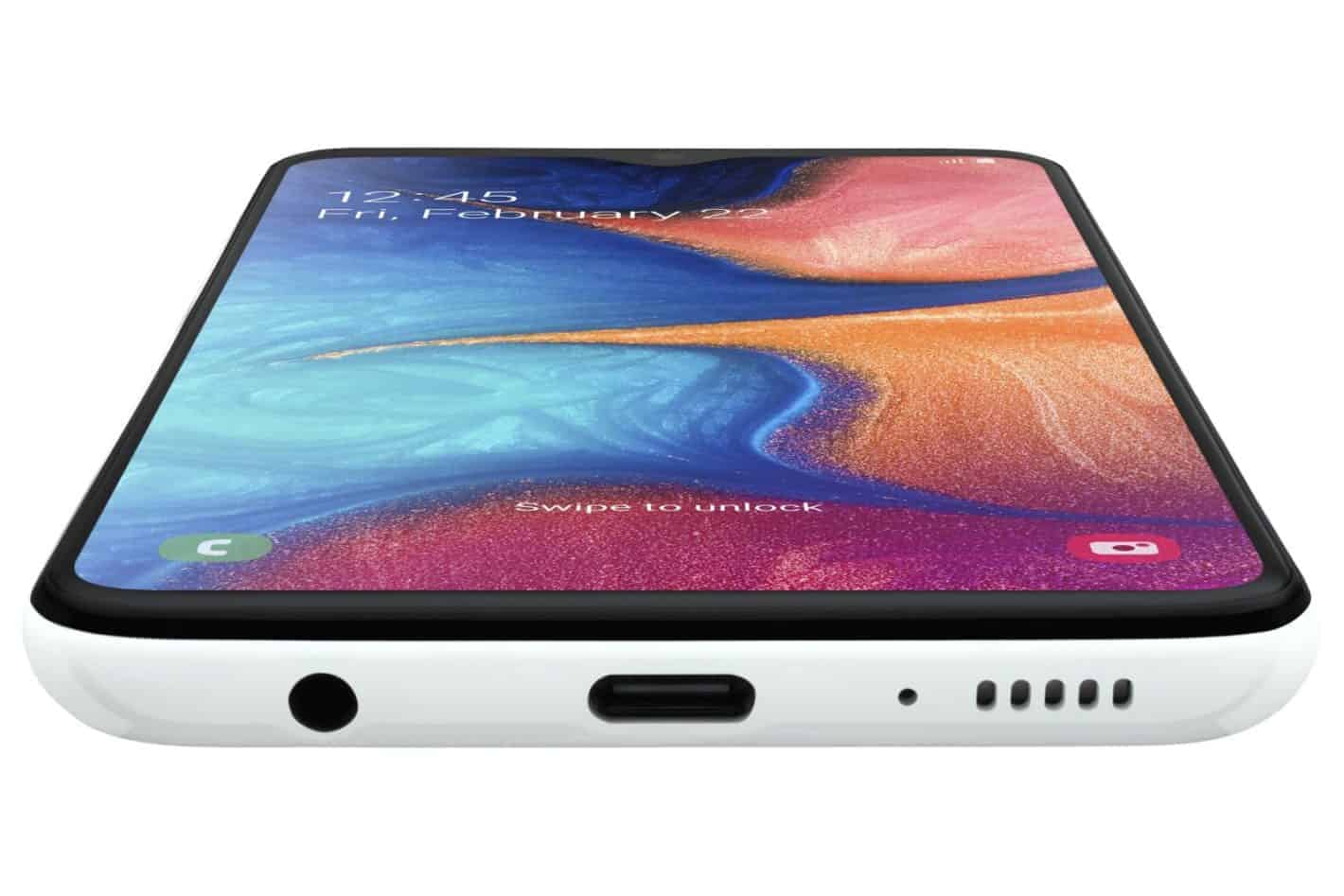 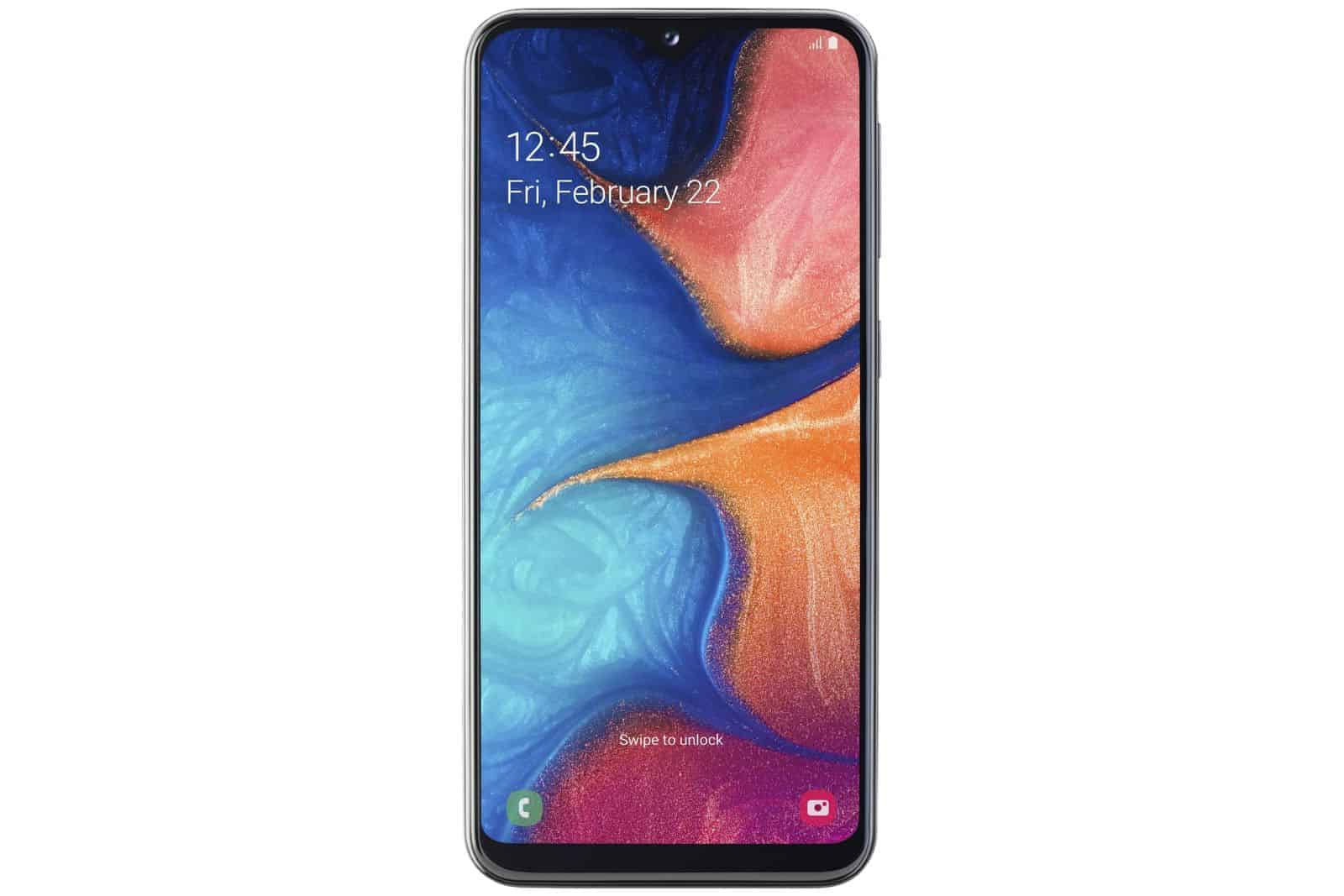 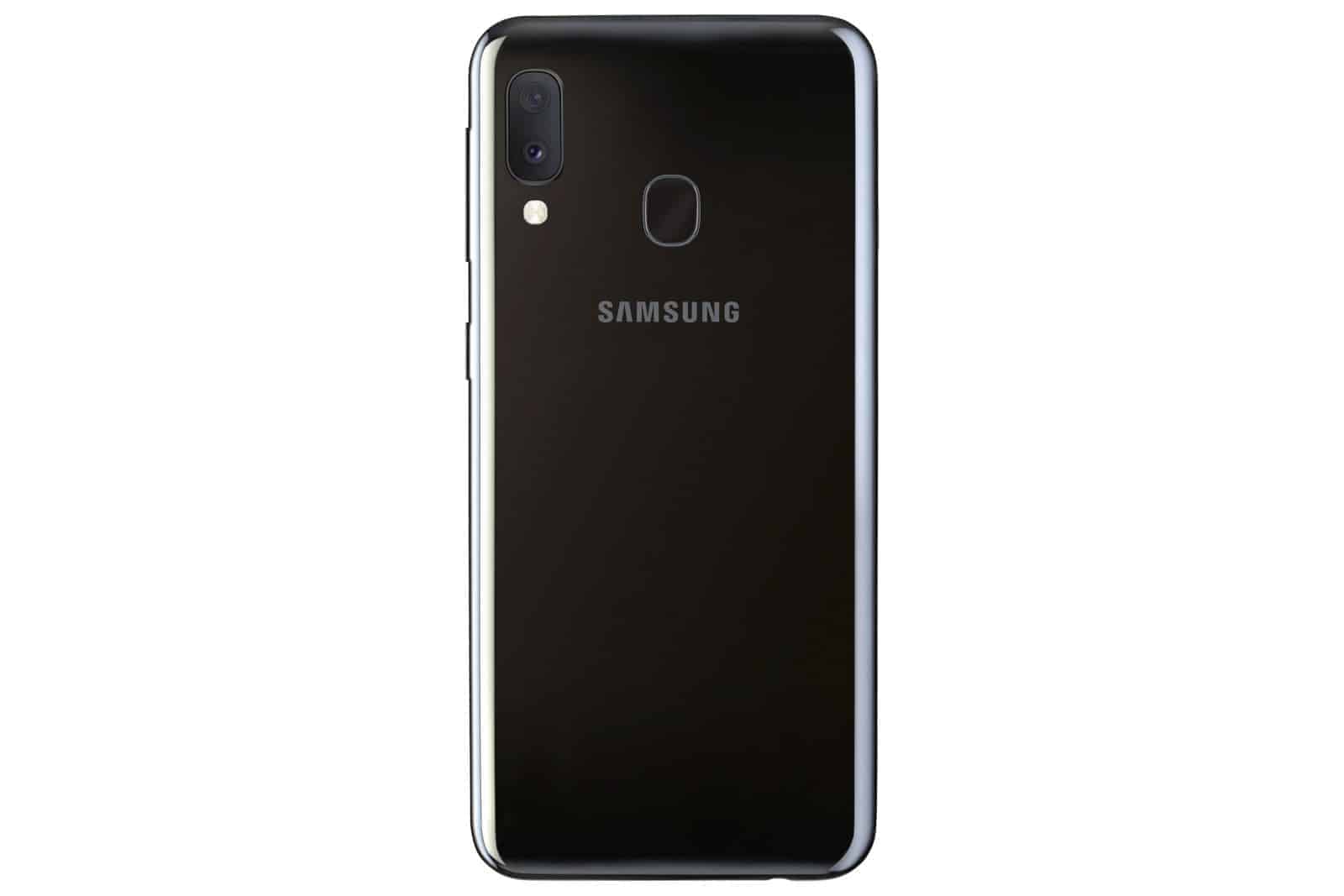 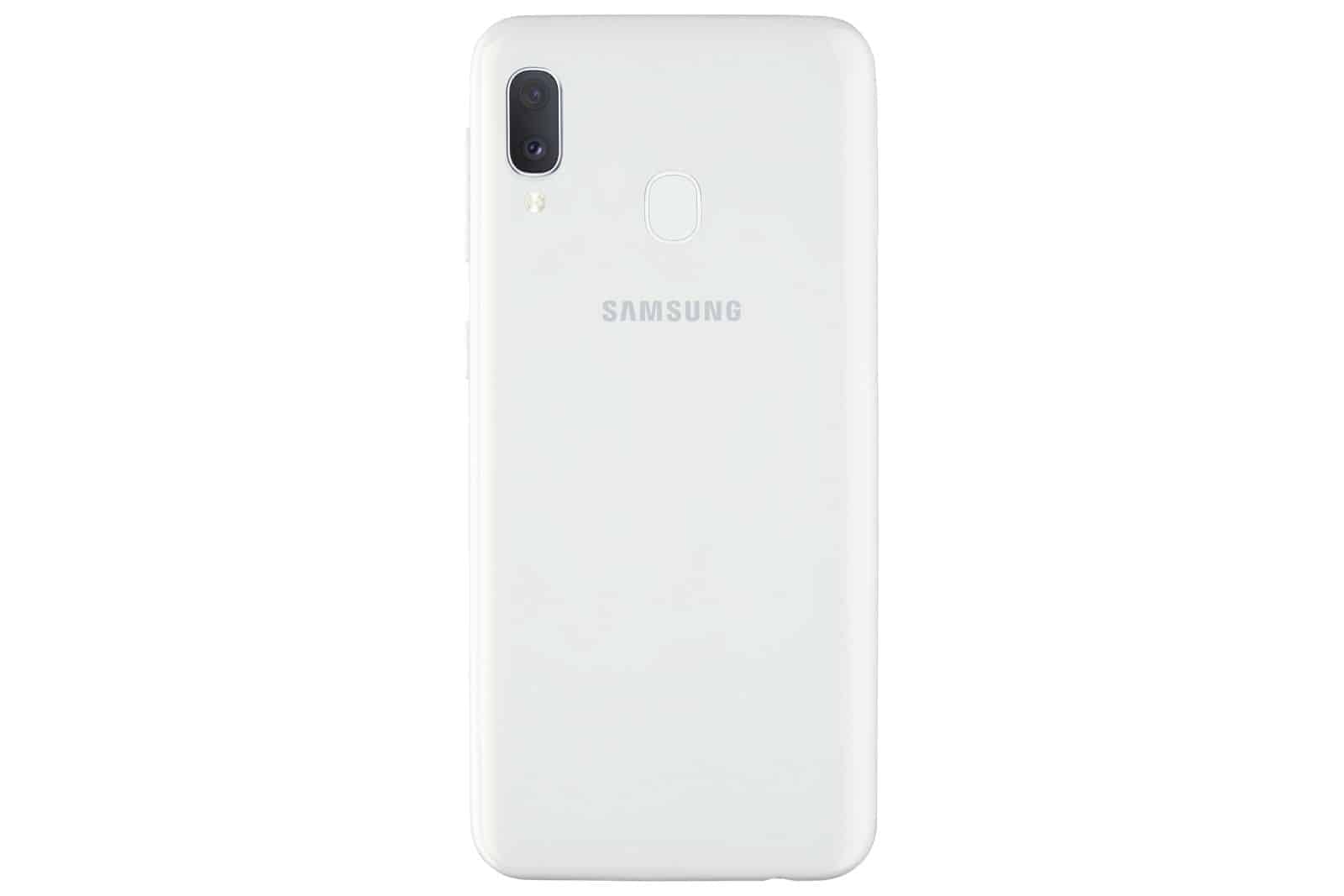 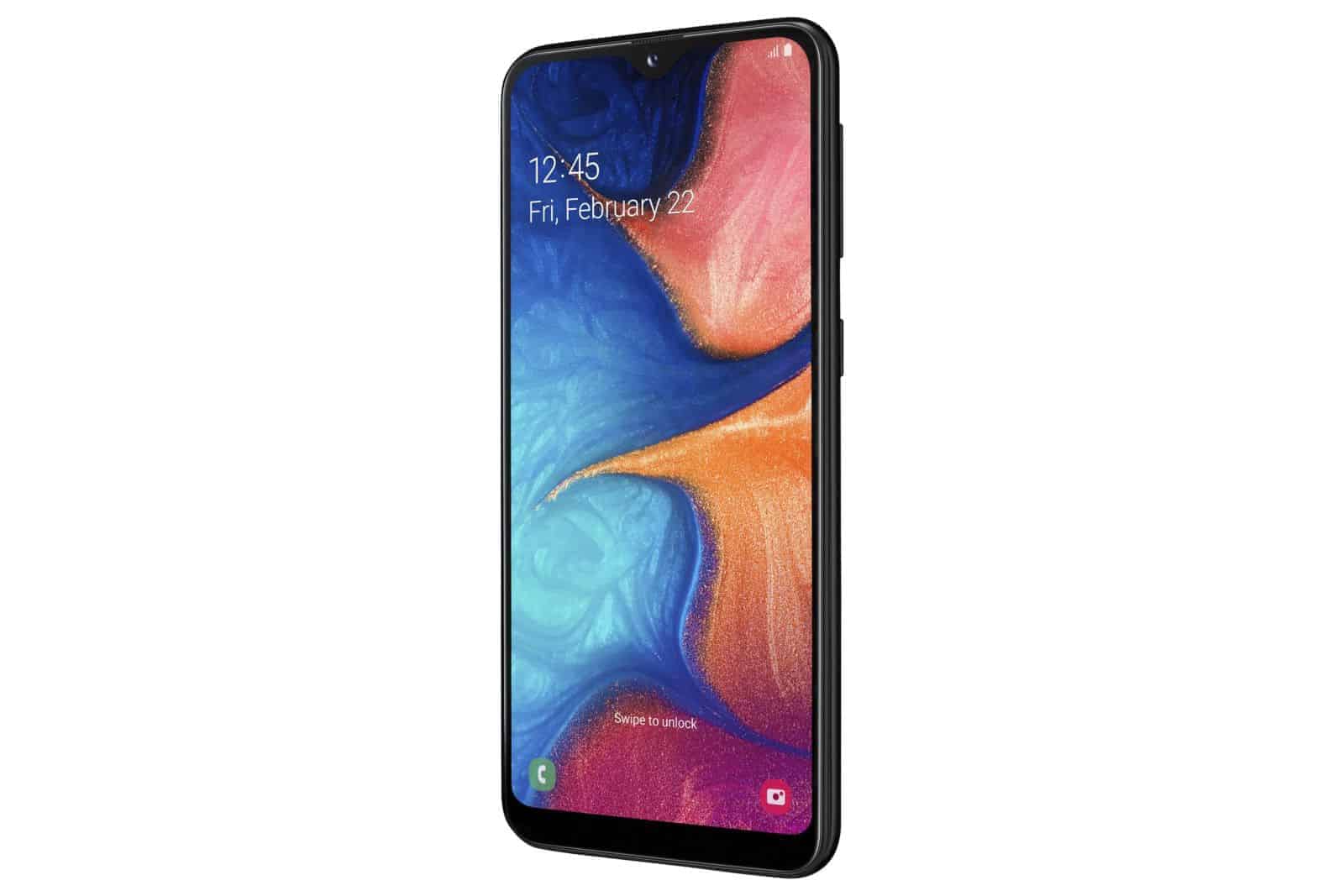 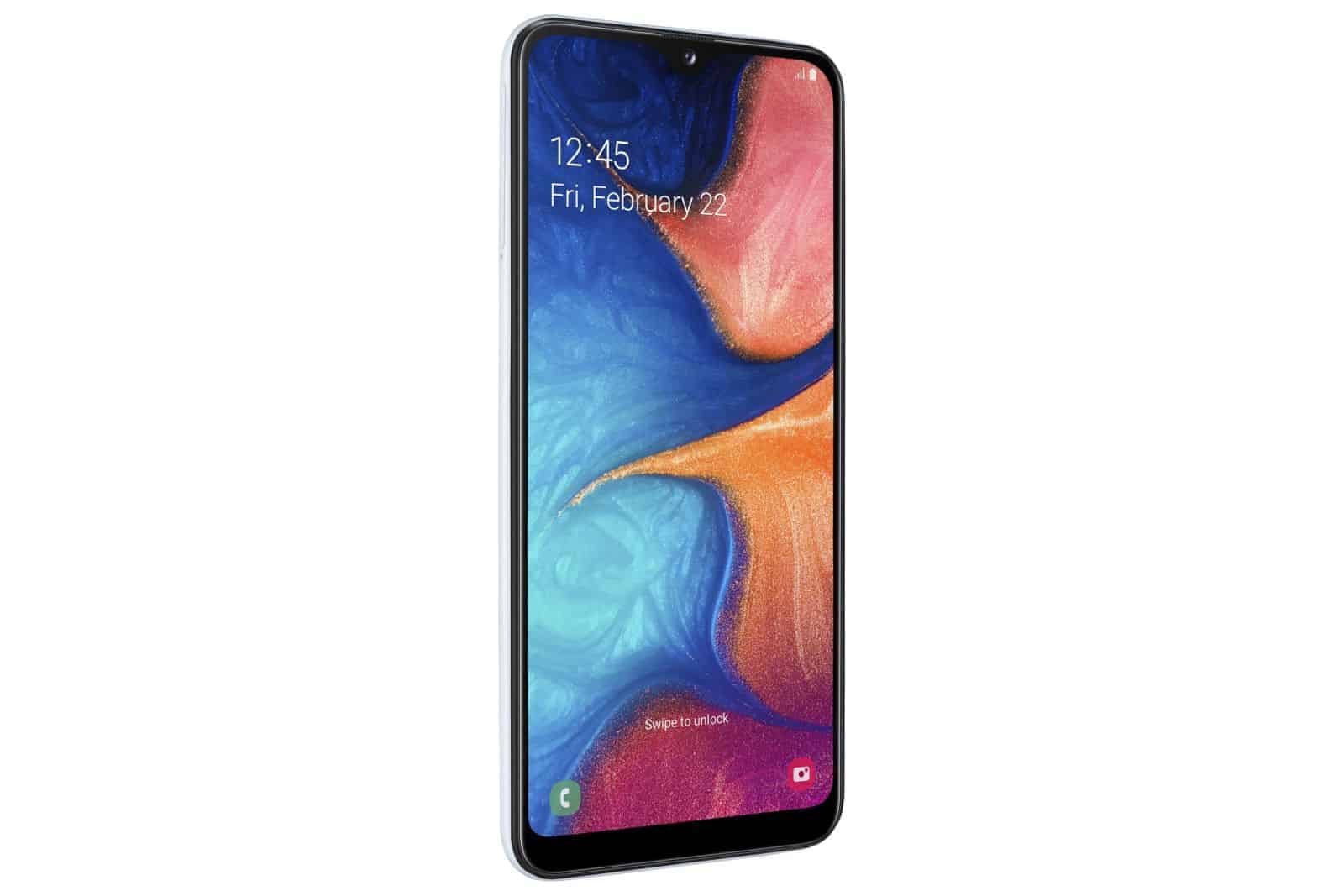 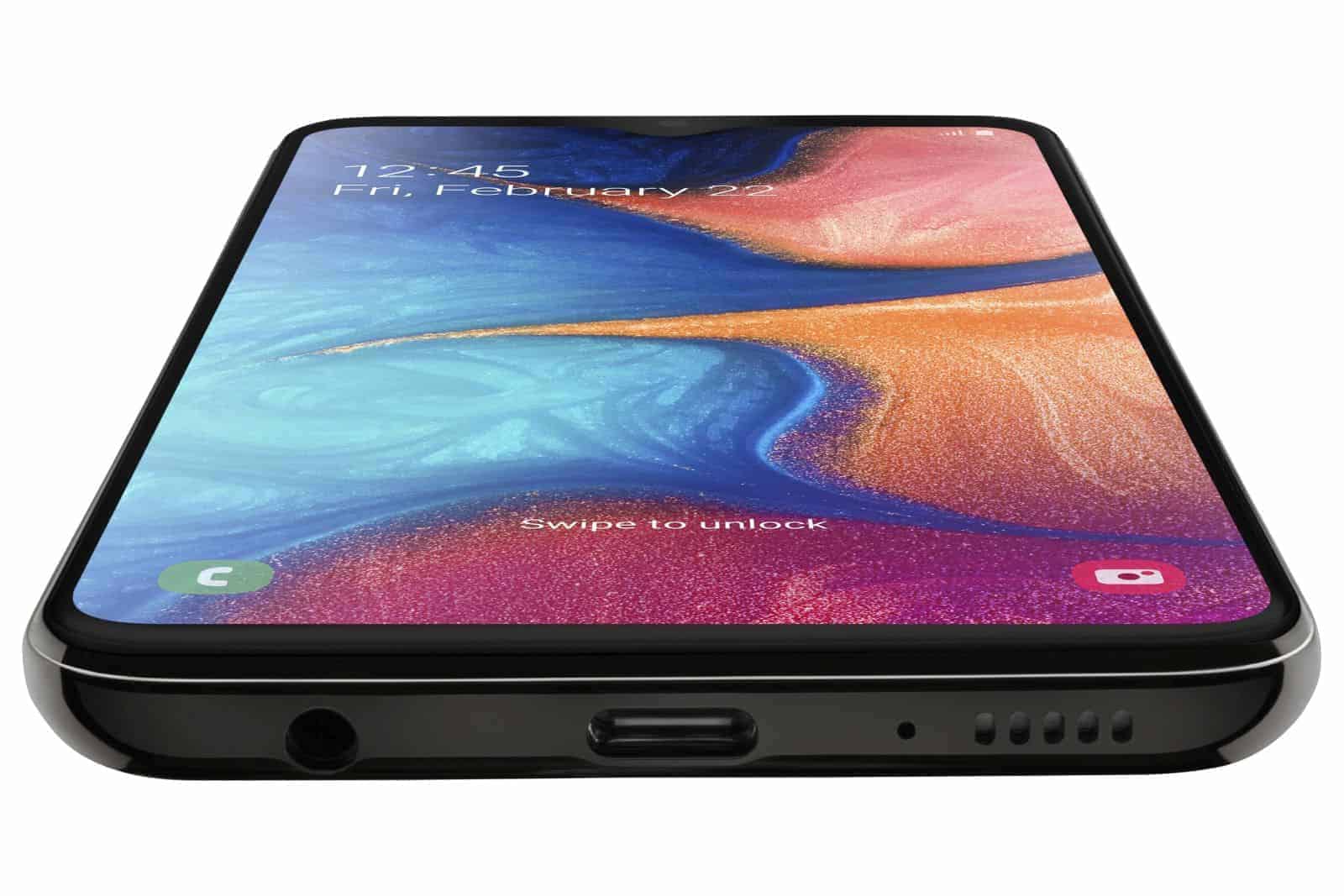 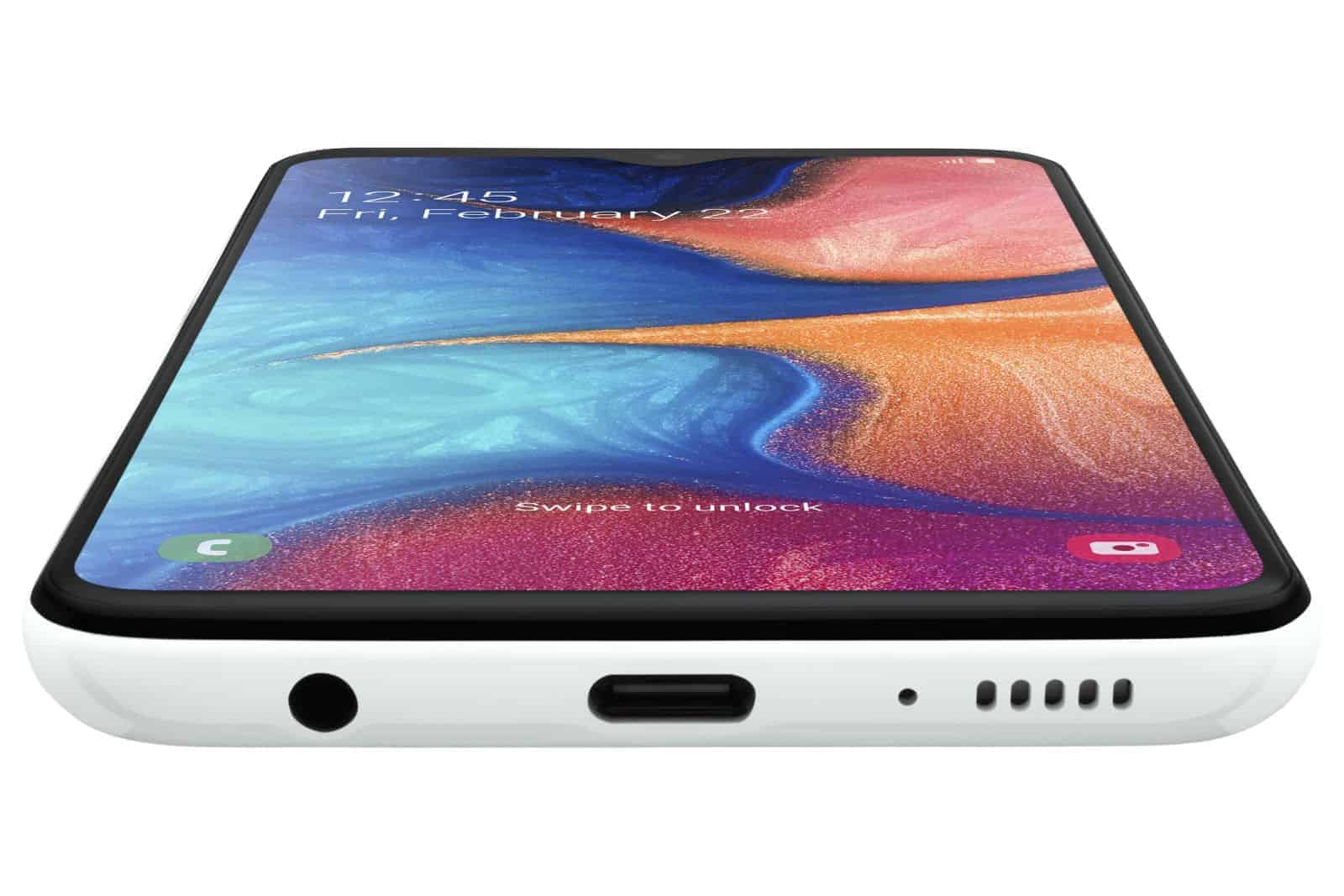