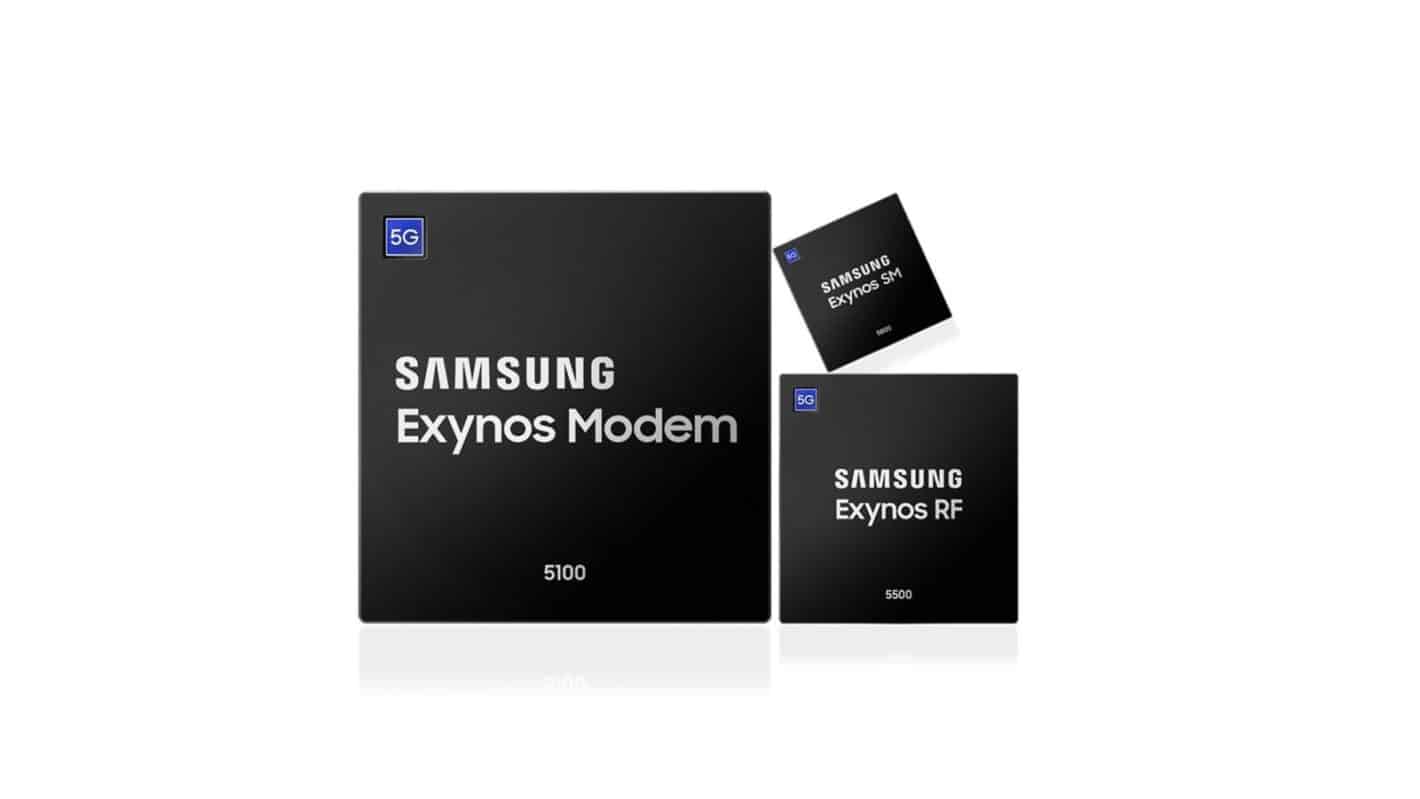 Samsung Electronics is now pushing its three main 5G networking chipset solutions into mass production “for the latest” premium smartphones, meaning that the components will likely be commercially available in the coming weeks or months. The OEM’s solution comprises the Exynos Modem 5100 introduced last year, as well as the Exynos RF 5500 single-chip radio frequency transceiver and the Exynos SM 5800 supply modulator.

Chipset manufacturers are always looking for ways to maximize performance while reducing energy requirements, and this is especially true given that the 5G era will open up new possibilities for media consumption over the Internet. Samsung seemingly achieved a higher autonomy for the Exynos SM 5800 as the solution can dynamically adjust the supply voltage in accordance with the Exynos RF 5500’s input signal, resulting in 30-percent less power consumption.

Samsung’s first 5G-enabled smartphone is just around the corner

The three existing Galaxy S10 models are all limited to LTE networking and similarly, the upcoming Galaxy Fold lacks 5G capabilities. But as Samsung Electronics is now pushing its 5G chipset solutions into mass production, the OEM is also gearing up for the launch of its first 5G-enabled smartphone, i.e. the Samsung Galaxy S10 5G, which is scheduled to hit the shelves as early as tomorrow – April 5, at least in some markets including South Korea.

The 5G-enabled flagship is powered either by the Exynos 9820 chipset developed in-house or the Snapdragon 855 solution supplied by Qualcomm depending on market region. Having said that, while 5G will be enabled on the Qualcomm-powered variant by the Snapdragon X50 5G Modem, the Galaxy S10 5G model equipped with Samsung’s own chipset solution will employ the Exynos Modem 5100 which will likely be accompanied by both the Exynos RF 5500 and Exynos SM 5800 solutions.

The Samsung Galaxy S10 5G is the OEM’s largest smartphone from the series yet, featuring an HDR10+-compliant 6.7-inch AMOLED display and a glass sandwich design based on Gorilla Glass 6. Aside from including 5G networking, this variant further upgrades upon the standard Galaxy S10 series by employing a Time-of-Flight camera and a larger 4,500mAh battery to keep up with the larger screen.

Since the Galaxy Fold won’t take advantage of the emerging 5G technologies, the OEM’s next 5G-enabled smartphone after the Galaxy S10 5G hits the shelves will likely be the Galaxy Note 10. It is expected to be unveiled in August around IFA in Berlin, and even if it will launch in two different sizes for the first time in the Note series’ history, at least one of the upcoming variants should be compatible with 5G.

Aside from building its own smartphones, Samsung is also a component supplier which means that other OEMs who might want to employ the Exynos chipset will be able to join the 5G era using Samsung latest modem, RF, and SM.