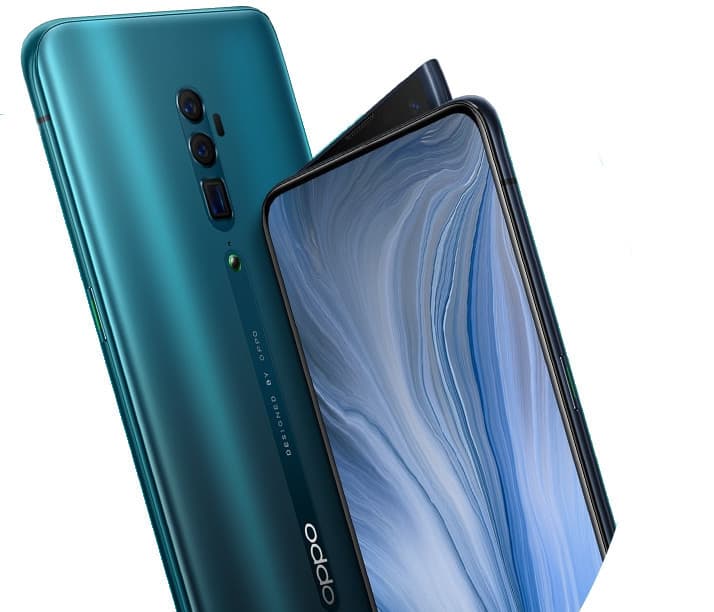 In a press release, OPPO announced that the Reno 5G will be the first commercially released 5G smartphone in Europe. OPPO is partnering with Swisscom in order to release the device in Switzerland on May 1. The newly released smartphone will be available in Swisscom stores across the country and on its official website. The Reno 5G will start at CHF 999 (Swiss Francs) which is around 980 United States Dollars. OPPO has plans to release the phone to additional markets in the upcoming months after the initial release.

The OPPO Reno 5G will feature a 6.6-inch panoramic display that shows no signs of a front-facing camera. That front-facing camera is cleverly hidden in a Pivot-Rising Structure that can be raised on demand. As for the rear camera, the phone will have a full focal length (16-160mm) tri-lens setup with 10x zoom. The smartphone will be powered with the Snapdragon 855, 8GB of RAM and will have 256GB of storage. The beast of a phone will require a large amount of juice, which is why OPPO has equipped it with a 4,065mAh battery.

OPPO is a relatively new electronics company that many, especially in the U.S. might have never heard of, this is because the company is mostly available in Asia, and just relaunched itself in Europe. OPPO's release of the Find X is what really caught attention. The smartphone was one of the pioneers in modern phone design. The handset featured a slider mechanism that revealed the front-facing camera. The design has since inspired other manufacturers to find innovative ways to have an all-screen design.

Getting a smartphone with a display that reigns over the entire device seems to be every manufacturer's goal as of late. Slim bezels and anything that can hide the front-facing camera will do. The first way that was used was the notch. The Essential PH-1 was the first smartphone to receive a notch, while Apple's iPhone popularized it. In 2018, almost every major smartphone had some form of a notch in the screen. They went from being thick like the Pixel 3XL to being less noticeable like the one on the OnePlus 6T. Like all major smartphone design changes, the notch is controversial and many are happy to see that companies are moving past it.

2018 was the year of notches and 2019 seems to be the year of hole-punch cutouts. The Samsung Galaxy s10 devices all feature this form of camera concealment. Even recent leaks of the upcoming Pixel 4 has shown evidence of the hole-punch being used.

Companies such as OPPO have contributed to the innovation of mobile technology. It has always been a company that pushes the limits of how futuristic a smartphone can look. Of course, the design of the Reno 5G raises some questions regarding durability in long-term use, and how well the Pivot-Raising Structure will hold up. Even though the phone might not be for the average consumer, it still represents how far a manufacturer can go, and what a smartphone can look like. More importantly, it represents the future of mobile technology and innovation.