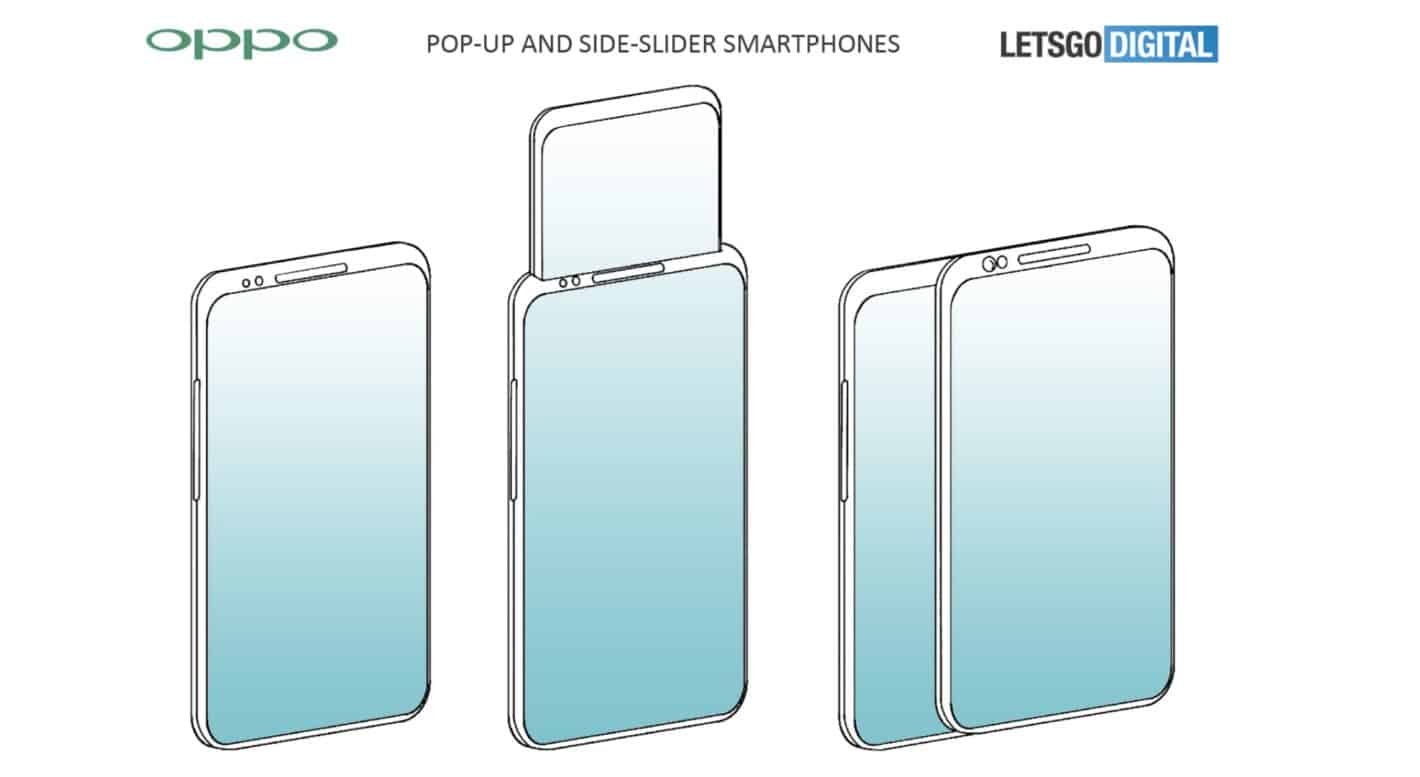 Chinese electronics maker OPPO is thinking about a new form factor for smartphones; one that includes a full-fledged display tucked on the back of what otherwise looks like a conventional handset.

A newly sighted patent awarded to the company earlier this week details such a device and a variant thereof which replaces the pop-up display with a slightly less odd-looking sliding screen, the kind that resembles slider phones of old but with a touch display in place of a physical keyboard.

While the documentation provided by the company just barely passes the legal threshold of an “invention” in the sense that the device is described in an extremely vague manner, OPPO did disclose that the concept relies on a “telescopic mechanism” which allows the second display to rise above the first one.

The setup in question may have not even been prototyped by the manufacturer as most currently feasible implementations would result in bulky devices which consumers would be likely to find unbecoming relative to what’s currently available for purchase. Even if one was to disregard conventional “candy bar” shapes, the industry is already in the early days of foldable smartphones which may be bulkier than their traditional peers but still appear to be more compact than what OPPO’s invention could allow for.

The design described in the document could probably benefit from a flexible screen or two being added to the mix but the patent awarded to OPPO makes no mention of that technology. Instead, it focuses on describing how extra screen real estate is a potential game-changer which could significantly and fundamentally improve the manner wherein consumers interact with phones in this day and age.

The idea of adding a second screen to a handset is far from new but has yet to lead to any significant commercial success. LG launched several devices with a strip-shaped screen sitting on top of the main one in recent years and China-based Meizu debuted the PRO 7 and PRO 7 Plus two years ago, delivering a range of Android smartphones with back-mounted displays. Both lineups failed to break into the mainstream, perhaps because they were ahead of their time, perhaps because the concept simply doesn’t work.

The fact that OPPO is looking into new smartphone form factors even amid by far the most exciting period for mobile design in recent memory isn’t surprising given how the Chinese firm never shied away from experimentation. OPPO was one of the first manufacturers to embrace pop-up cameras last year with the Find X and has continued to rely on that aesthetic in the months that followed.

Possibly the most curious aspect of the newly sighted design concept is the fact that despite hiding an entire second screen behind the first one, OPPO is still relying on a top bezel of the former for housing the front-facing camera, loudspeaker, ambient light sensor, and other modules used by modern handsets. That state of affairs largely makes the invention outdated, making it extremely unlikely to be commercialized in the future, especially since even OPPO itself already appears to have a superior solution when it comes to a better blend of style and function.