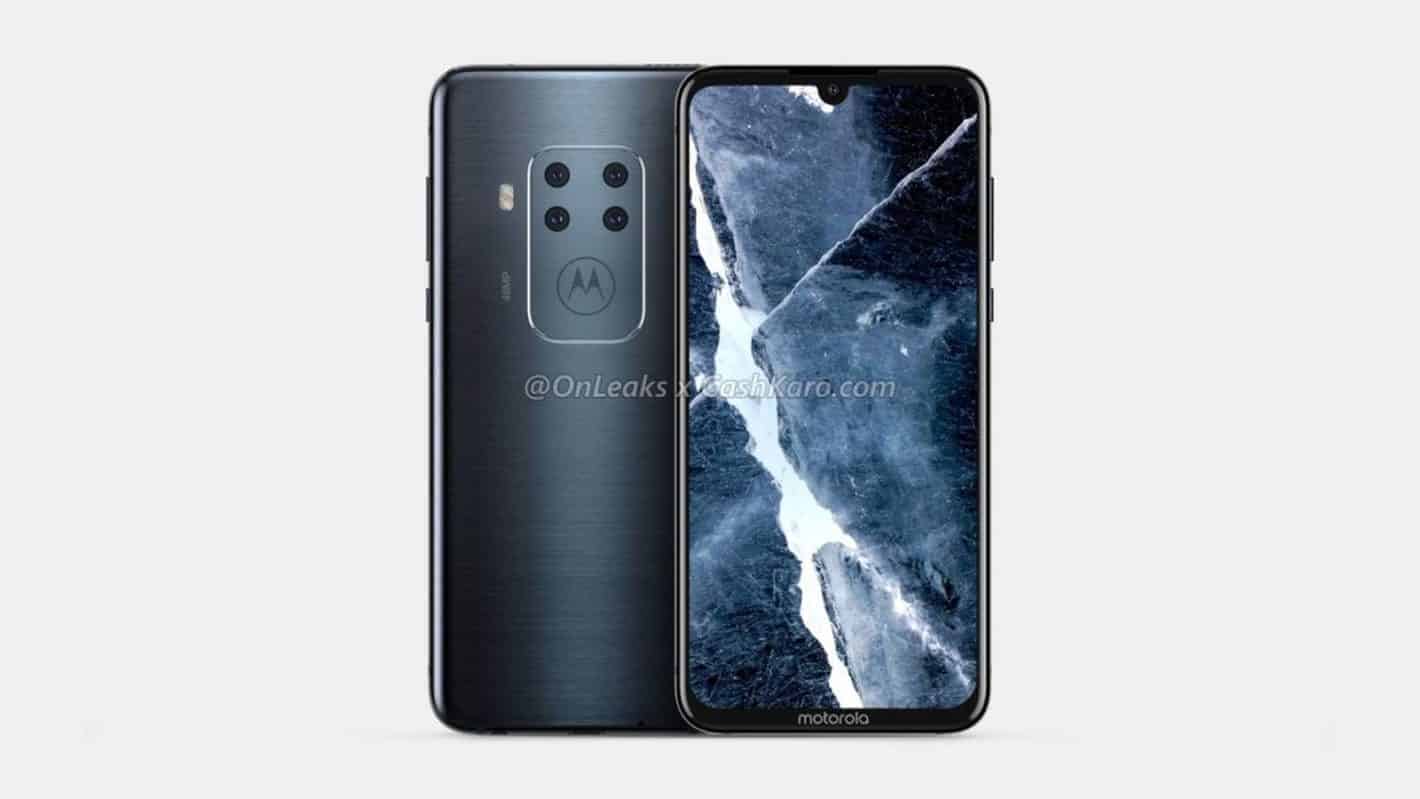 It seems like Motorola is planning to announce its first quad camera smartphone in the near future, at least according to a new leak. @OnLeaks has decided to partner up with CashKaro and release a bunch of renders of the device, along with a video that is showing the phone from pretty much all sides.

This phone seems to be made out of metal and glass, and as you can see, it has four cameras on the back, cameras that are arranged in two rows. Below those four cameras, you will notice a rather large Motorola logo, while a dual-LED, dual-tone flash sits right next to the phone's rear-facing cameras. That whole camera setup on the back, along with the phone's logo, will protrude a bit, as per these images, while the back side of the device will be curved.

Looking at the bottom of this phone you will notice a Type-C USB port, along with a 3.5mm headphone jack, but a speaker grill is not included here… that's because it sits at the top of the phone, along with a noise-canceling microphone, and a SIM card tray. This is a rather interesting arrangement, that's for sure.

The source also claims that Motorola seems to be working on at least two premium smartphones. A recent report suggested that the company's flagship with three rear-facing cameras will be coming in the near future, and it seems like this phone with four rear-facing cameras will join it, as this is also a flagship-grade device, according to the source.

That's not all the info that the source released, though, it also claims that the phone will feature a 6.2-inch display, and that it will include an in-display fingerprint scanner. We're still not sure what kind of a fingerprint scanner, but we're probably looking at an optical unit here. The phone's dimensions have also been revealed, and if accurate, the device will measure 158.7 x 75 x 8.8mm.

It is still unknown what will this phone be called, but the company is rumored to ditch its X series devices, well, naming for that series, so this handset may essentially kick off a brand new lineup for Lenovo / Motorola. The source did not release any more spec info when it comes to this phone, but if it ends up being a flagship handset, it will probably ship with the Snapdragon 855, unless Motorola opts to utilize the Exynos 9820 from Samsung, or something of the sort, which is also a possibility. The phone will probably also include at least 6GB of RAM, maybe more, and it will ship with Android 9 Pie, at least that's what to be expected if it launches in the coming weeks / months.