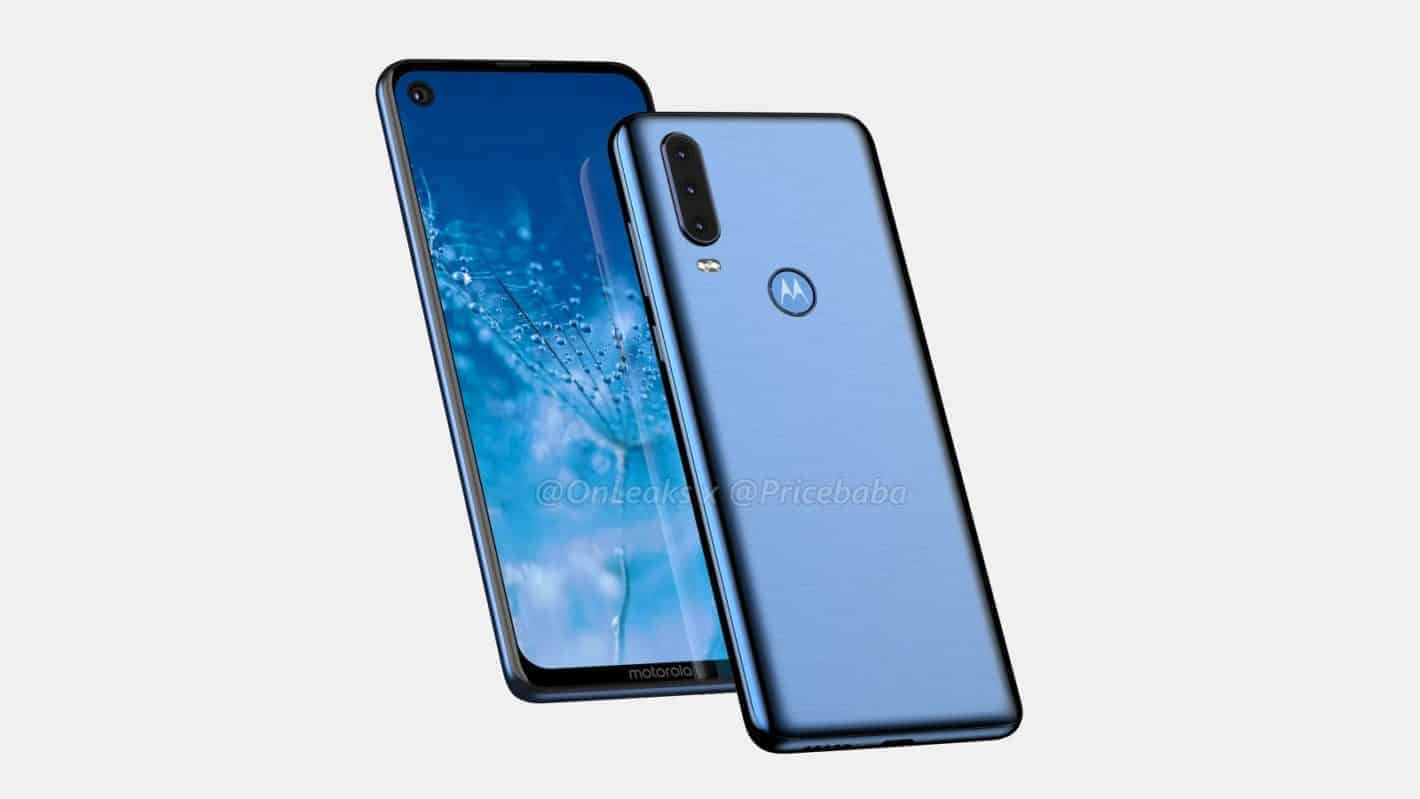 Industry insider OnLeaks, in collaboration with the tech publication Pricebaba, released high-resolution renders and a 360-degree video of the first smartphone from Motorola that will sport a triple rear-camera setup, and it's possible that it will be called the P40 Power, but its name is still up in the air.

Rumors indicate that the handset will serve as the successor to the Motorola One Power, a device that the company launched last year. The leak shows that the triple rear camera setup of the handset is placed at the upper left-hand corner of the back panel, and at least one of the rear cameras will feature a 12-megapixel sensor. Located below the shooters is the dual LED flash. The rear panel of the smartphone also contains the fingerprint sensor embedded underneath the Motorola logo.

Moving to the front of the handset, the leak shows that the successor to the Motorola One Power will feature a 6.2-inch screen. The handset sports a circular display cutout that houses the single front-facing camera. The use of display cutouts allows the handset to offer slim bezels surrounding the screen, although the bottom bezel is slightly thicker since it also contains Motorola’s branding.

The right side of the handset contains the power button and volume rocker, while the bottom of the smartphone houses the USB Type-C port, grills for the loudspeaker, and the microphone. At the top edge of the device, users may find the 3.5mm audio jack and a second microphone. OnLeaks also noted that the handset will have a thickness of 9.1mm, a width of 71.2mm, and a length of 160.1mm.

This leak gives us a glimpse on how the successor to the Motorola One Power could look like, and the design language of the handset resembles the form of the Motorola One Vision. However, in contrast to the successor to the One Power, the One Vision features one less rear camera, although both handsets feature display cutouts for the front-facing camera.

Given that the handset will reportedly launch as part of Motorola’s One lineup of products, it is likely that the device maker will unveil the smartphone as part of Google’s Android One initiative. The handset will likely feature a near-stock Android user experience and receive regular software upgrades and security updates. However, the units of the handset sold in China will likely be branded as a variant of the Moto P40 series, and it may instead run Lenovo’s proprietary skin, called the ZUI 4.0.

Many smartphones sport an increasing number of camera sensors, with several recent handsets sporting three or even four cameras at the back. However, this handset, which will reportedly succeed the Motorola One Power, will not likely feature the same sensors found in more expensive handsets, although multiple sensors will still allow the handset to offer flexibility when taking images. Furthermore, the addition of an additional camera sensor suggests that the handset will likely be more expensive than another handset that Motorola may launch soon, the Motorola One Vision.