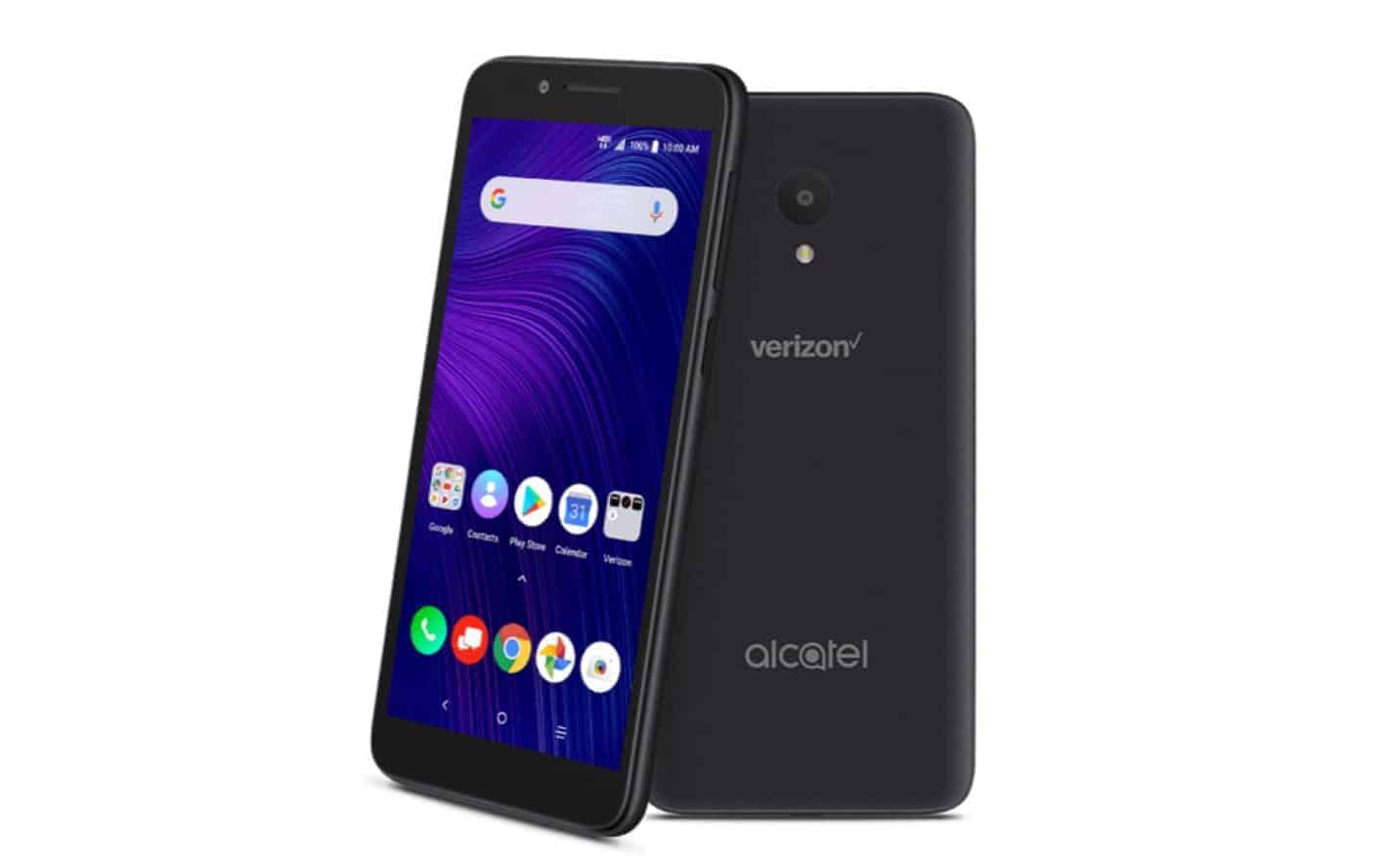 2019 may be all about smartphones with bezel-free display panels, punch hole cameras, and under-display fingerprint scanners but based on the latest leak from Evan Blass, Alcatel plans to launch at least one handset that missed the memo. Reportedly dubbed the Alcatel Avalon V, the gadget is shown in a stately matte black with branding that suggests it will also only be made available on Verizon.

No details about the internal specifications on the gadget have been made available whatsoever but the design doesn't look too promising for those who might be hoping for something high-end.

Rather than focusing on any of the attributes that comprise a modern flagship, Alcatel's design team has gone for a traditional candy-bar layout with a screen centered between comparatively oversized bezels and a full-blown forehead and chin. At the top of the gadget, an elongated speaker bar is highlighted at the center, just to the right of a pretty standard camera sensor.

There's no fingerprint scanner to be found on either back or front of the handset, meaning that the bottom bezel is devoid of any adornment or buttons in the image. The navigation icons are all on the display. A volume rocker and power button reside on the right-hand side of the gadget.

5G support doesn't appear to be a priority either, with a 4G LTE icon clearly visible in the rendered UI.

Turning to the back panel, a single — albeit larger than might be expected — camera center sits at the top, centered horizontally just above an LED flash. Construction seems to be primarily comprised of plastics and the Verizon logo is visible on the back panel as well.

Where will this sit compared to other Alcatel handsets?

All of the cues taken by the proposed Avalon V are in stark contrast to the route followed by Alcatel with other gadgets it has recently launched via MWC 2019. Those devices leaned on reducing bezels and including materials or other design features that keep Alcatel competitive and that may actually be what makes this gadget's appearance interesting.

The Alcatel Avalon V doesn't appear to be running Android 9 Pie or built to plant it firmly next to even mid-range offerings. That's a role that will obviously be better filled by its other new handsets. Those gadgets, despite espousing the ideas put forward by the mobile industry fall firmly into the budget and mid-range spectrum. Specifications and components built into those are summarily more utilitarian than anything approaching game-changing.

Alcatel's focus with the Verizon-exclusive Avalon V appears to point to a smartphone that will cost even less than those other gadgets. The cheapest of those, Alcatel's 1S, will be available in Europe in the second quarter of the year for just €109 — approximately $122. Speculatively, it seems likely that the Alcatel Avalon V will land for under $100.

While the Alcatel Avalon V is probably not going to win any accolades for best aesthetic and it certainly won't for performance, the company may actually be onto something here. The simplicity-first approach is, although niche, severely underrepresented in modern OEM builds. So it could feasibly serve as a catalyst to drive sales for Alcatel and to put the company on the map among a percentage of users looking for a breath of fresh air away from the hyper-paced changes happening elsewhere.