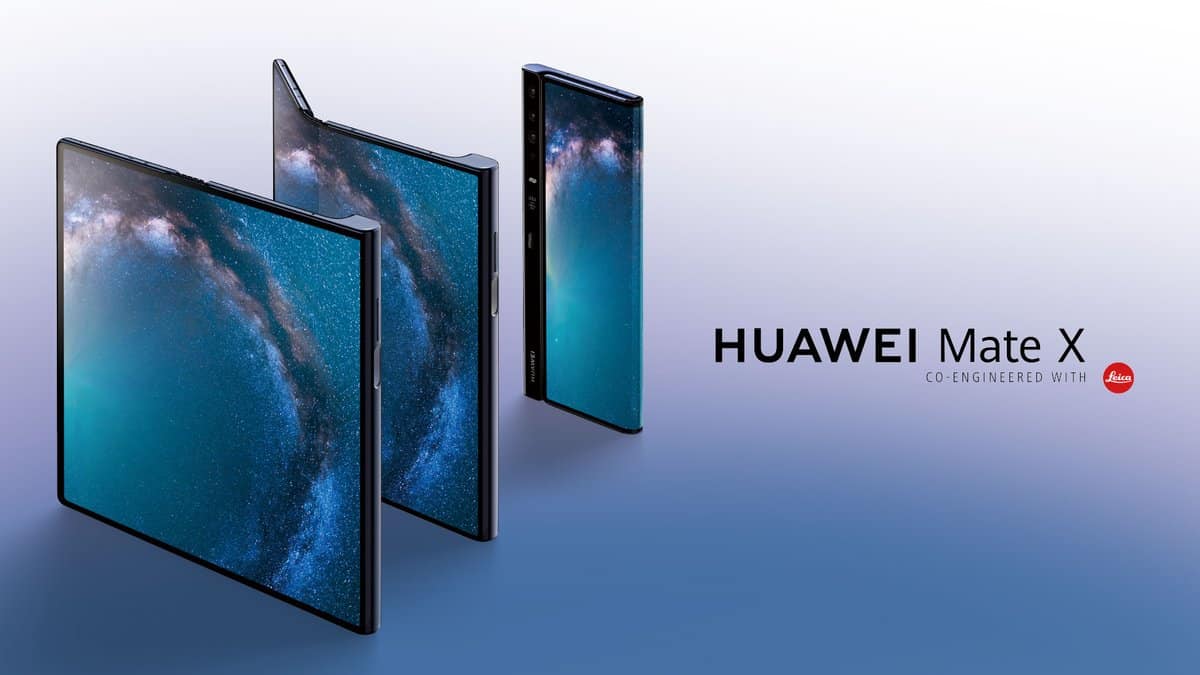 Huawei insiders have reported that the Mate X folding phone is not postponed and any rumors stating the opposite are exactly and only that. Based on reports from Pheonix Technology, Huawei’s vision of the foldable future will be listed in June this year.

Foldable phones have been all the craze recently since Samsung released a review units of their own device to select people last week. Youtubers and reviewers alike have been obsessed with the glimpse into the future that the Galaxy Fold provides. It represents the first generation of foldable phones and the potential they have in the future. Along with this excitement, came a few hiccups along the way. Several viewers reported issues and breaks that occurred to their own Galaxy Fold units. The issues vary from the screen blanking out from users removing what looks like a factory installed screen protector to half of the screen dying for no reason.

Because of these issues, Samsung has reported that they will be delaying the release of the Fold. Despite this, Huawei is choosing not to alter its plan at all, even with the issues hovering around the Samsung handset. The global Chinese brand claims that its design is more “stable” and “mature” than the Galaxy Fold and will be ready upon the release date.

Folding screens require new technology in order to bend which means they must be made of plastic. This also makes them more fragile and prone to dings and scratches. Many of those who received the Galaxy Fold already were fond of Samsung’s clamshell design. Having the screen fold inwards helps protect it when in the user’s pocket or when placed on a surface.

Huawei’s Mate X has obviously taken the opposite approach as Samsung in that their design folds outwards. Despite Huawei’s confidence, this design choice will undoubtedly put the screen at more risk. The more important design difference, however, is the hinge. Samsung’s hinge when between the open and close phase exposes the screen to dust, lint, and whatever else can maneuver its way in. Huawei’s hinge design, of course, folds inwards and appears to be less inviting to dirt and dust.

Folding phones are now becoming reality; however, it could still be a long ways off before they are ready for the “average” consumer. First generation phones have always been exciting additions to the technology world. Only time will tell how the Galaxy Fold will hold up at it’s official launch. The tech world is very concerned regarding the recent issues, but Samsung seems confident it can solve them. If the Mate X does indeed list in a couple of months, the folding phone competition will get exciting fast. Over the last couple of years, smartphones all resembled a slab of glass with a notch in the screen (excluding a few). Folding phones now being announced brings a whole new design into play and makes the market anything but stagnant.