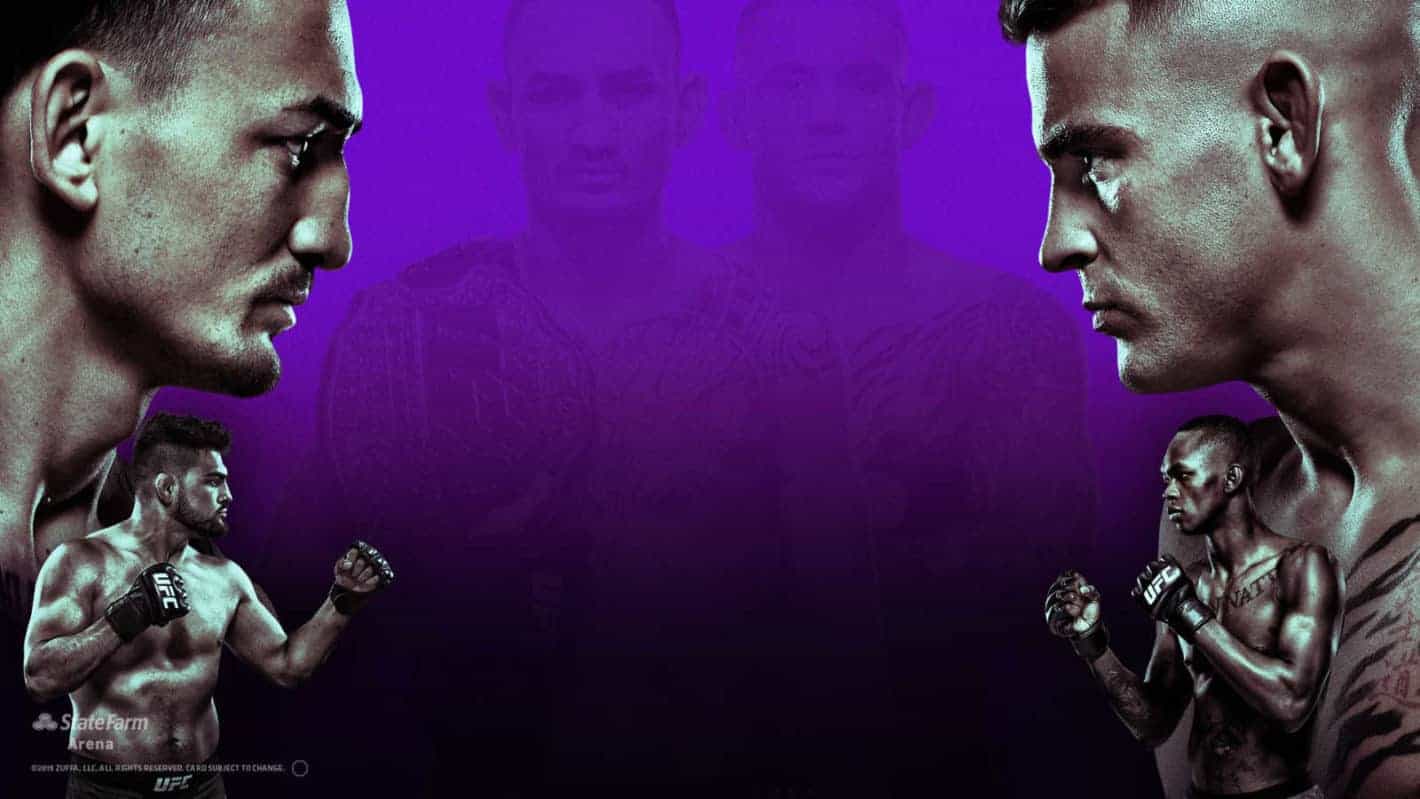 The UFC 236 Pay-Per-View is taking place this Saturday, April 13, and it will be streaming exclusively on ESPN+. So how do you purchase the PPV? Here's how.

ESPN+ is going to be the only place that you can watch UFC 236, as well as many other UFC programs throughout the year. ESPN+ is a compliment to ESPN's main channels, where you will find some exclusive content, including UFC 236, which ESPN has invested a ton into lately. You can purchase UFC 236 from ESPN for $59.99. That's $5 less than the PPV's normally cost. However, if you aren't a ESPN+ member, you can spend $79.99 and get the PPV as well as year of ESPN+ for free. That's a really good deal, considering you're paying $20 for a year of ESPN+ that is normally $5 or $60 for a year.

To order the UFC 236 PPV, you can do so here. You can order it up until Saturday, at the very last minute. UFC 236 doesn't officially start until 10PM ET on April 13. But the early prelims will be starting at 6PM ET on ESPN+ with the prelims moving to ESPN at 8PM ET.

Headlining UFC 236 this weekend is, Dustin Poirier who is taking on the Lightweight champion Max Holliday. The co-main event has a middleweight contest, with Kelvin Gastelum and Israel Adesanya. It's going to be another great PPV from the UFC, and definitely one you won't want to miss.

ESPN+ is available on just about every streaming platform you can imagine. So you are able to watch the UFC 236 PPV anywhere you like. That includes Amazon Fire Tablets & TV, Android Smartphones & Tablets, Android TV, Apple TV, iOS devices, Google Chromecast, Roku, PlayStation 4, Xbox One and much more. ESPN+ also has plenty of other content available, so you are able to watch even more sports with this streaming service, than just ordering YouTube TV. It also has plenty of exclusive content, including a new show from Kevin Durant, called The Boardroom, and much more coming in the coming weeks and months.

If you have not already signed up for ESPN+, you'll want to get the $79.99 package for UFC 236. As that gives you a year of ESPN+ for a pretty low price, as well as the PPV. ESPN+ has a ton of UFC content available, so if you are a big UFC fan, then this is a great streaming service to subscribe to. You'll get sports from other leagues like the NHL and NBA, which the playoffs are starting this week. As well as the MLB, Soccer and so much more. If you are already a subscriber of ESPN+, you unfortunately can't get this deal for $79.99. But you can still order the PPV for $59.99, which is cheaper than it normally is, so there's that.

If you haven't signed up for ESPN+ already, you can do so at the link below. There's a free trial for seven days, after that you'll be charged for the subscription. If you get the one year of ESPN+ for $79.99, then you won't get charged again until next year.

ESPN+ Free Trial UFC 236 PPV - ESPN+
Advertisement
Trusted By Millions
Independent, Expert Android News You Can Trust, Since 2010
Publishing More Android Than Anyone Else
7
Today
91
This Week
346
This Month
5090
This Year
106565
All Time
Advertisement