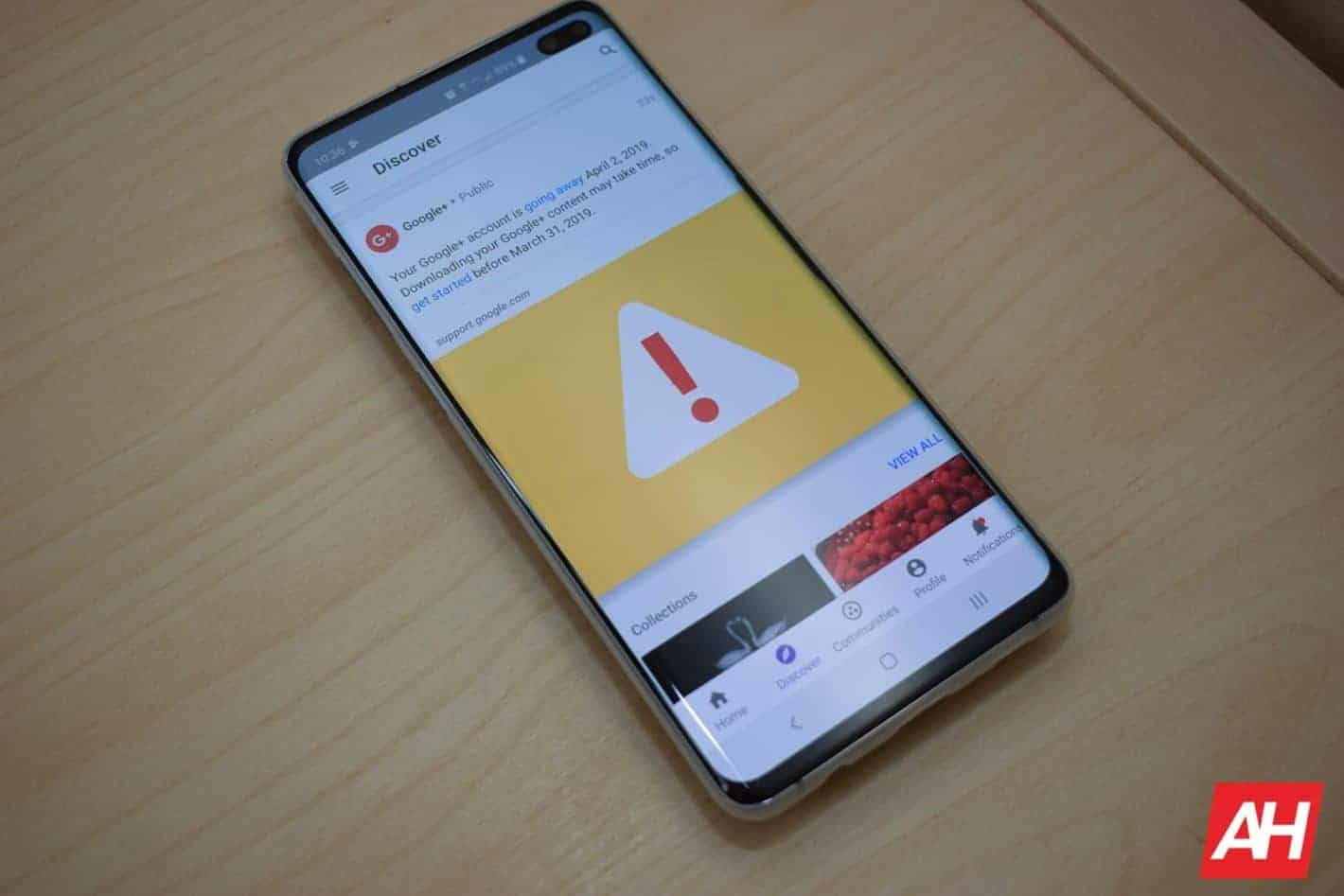 Google+ shut down today, following a run of a little over seven years. Google+ was supposed to be the search engine's big social media platform, but things didn't work out. For a company as big as Google, it's hard to fathom how Google+ was not successful. It made many mistakes, which led to the social media platform dissolving on April 2, 2019. Let's talk about those mistakes Google inarguably made.

Google+ was announced in June 2011, at Google's annual developer conference. Vic Gundotra was in charge of this new social media platform. Google touted this as a new way to interact with your friends. It introduced "circles" which were essentially groups of your friends within the social network. Allowing you to share content with specific groups only, getting notifications from specific groups, etc. Google+ gave users more granular control than Facebook or Twitter.

Within the first six months, Google+ had amassed over 90 million users. That might seem like a big number, but seeing as Google's other services have close to a billion users, that is a pretty small number for Google+. It grew pretty steadily, but many started to drop off after the first couple of years. As they were realizing that none of their real-life friends were using the network, and thus they had no reason to use it.

Google+ was more of a social network for Google and Android fans.

For the first three years, Google+'s growth was exponential. Part of this was due to the fact that Google+ was implemented into almost every other Google service on the planet. From comments on YouTube and Blogger, to adding the +1 button on websites, and even getting notifications on other Google sites like Gmail. But then, Google started to break out all of Google+'s features into different products – like Google+ Messenger, Google Photos, etc. That definitely looked like the beginning of the end, back in 2014.

The Writing Was On The Wall

In 2014, Vic Gundotra left Google. Gundotra was one of the co-founders of Google+ and left some other engineers in charge of the platform. That was really when usage of the product started to drop off. As Google was not putting out many updates to the platform, and adding new features. Following Gundotra's departure in 2014, Google started to break out many of Google+'s big features and turning them into standalone products. Essentially putting the writing on the wall that Google+ may be dissolved soon.

Some of those standalone products include Google Photos, and Google Messenger (which later merged with Hangouts, which is being shut down itself, next year). Now that Google Photos was no longer part of the platform, users had one less reason to go to Google+ and actually use the platform. This is when users began to stop using the platform.

Though, the writing was on the wall way back in 2014, Google+ did not shut down for another five years.

Not Putting Enough Resources Into Google+

There's really no reason why Google could not be the new social media juggernaut. Google has billions of users around the world, but it just could not get enough people to use Google+. After Gundotra left in 2014, Google stopped giving Google+ as many resources as it once had. While Google did not announce any layoffs, it was quite clear that there were far fewer people working on Google+ than just a year prior.

This is similar to what Google has done with other products like Hangouts, Inbox and YouTube Gaming, which have all been sunset recently, or will be in the near future. All of these products being killed off is really starting to negatively affect Google's brand. As users are not sure if the product they are using will be around in a year.

The Redesign No One Asked For

Google+ did get a redesign in 2015, though virtually no users actually liked the redesign. With many reverting back to the old design before Google+ ultimately got rid of that option. The redesign was meant to make the platform faster and easier to use, but for many Google+ users, it turned out to be the opposite.

That is typically how redesigns go on big social media platforms though. Every time Facebook would launch a redesign, users would be upset that things changed. So that was not a surprise. But the experience just got worse once the redesign did launch. That's not something that Google+ likely wanted to happen, unfortunately.

The redesign was done to make communities and collections more prominent, as it was targeting Facebook Groups and Pinterest with these features. It did make those two features more front-and-center, but it ultimately alienated its users. Making it tougher to simply make a post on Google+, or engage with posts on the platform. That also affected its engagement numbers as well as the number of users that were using Google+.

When Google+ launched, it was different and this was on purpose. It launched in a time where the only other social media platforms were Facebook and Twitter (and Twitter wasn't doing that well in 2011, as it was still very new). Google+ was going after Facebook's users and Mark Zuckerberg was scared. A report that surfaced in 2016, said that Mark Zuckerberg had put his employees on "lock down" to figure out some new features and ways to keep users on its network. This is the only time that Facebook has had a lockdown, showing how big of a threat it believed Google would be with Google+.

One of the big reasons why Google+ never resonated with its users like Facebook did, was simply because of who was using Google+. On Facebook, it's easy to find your friends, family, and classmates. On Google+, that was not the case. One of the biggest complaints we heard about Google+ throughout its seven-year run, was the fact that users "don't know anyone" on Google+. That makes engagement pretty difficult. If you are commenting on posts of people you actually know, conversation is more natural, and that's what Google+ was missing.

Exposing User Data Was The Last Nail In Google+'s Coffin

Last year, Google announced that one of its API's on Google+ was exposing user data. The good thing about this was that Google found that no developer was aware of this bug, nor exploiting it. This API that was exposing data was actually found in Spring of 2018 – around the time that Facebook was testifying in front of Congress over the Cambridge Analytica scandal. Google hid it, until The Wall Street Journal discovered it and reported on it. Then Google decided to sunset Google+ in August 2019.

In December of 2018, Google found another bug in another API that was exposing data. It then decided to move up the sunset data of Google+ to April 2, 2019, and would be sunsetting its API's in the next 90 days.

This was by far the biggest mistake that Google made with Google+. When it comes to social media platforms, user data is the most important part of the platform. Without that user data, the platform is essentially useless. Just as Mewe – a social media platform that is aiming to take Google+'s place, but has very little active users. And the fact that this all came out after Facebook's numerous data breaches, made it a much bigger deal.

When Google announced that Google+ would be shutting down in 2019, it also mentioned that very little people actually used the platform. Stating that over 90-percent of users sessions were less than five seconds. In other words, people clicked on the Google+ shortcut, opened the tab and immediately closed it. Showing that Google+ was getting very little traffic. Making it a better option to just close down Google+, rather than fixing the APIs that were exposing user data.

Google+ was a great social network, particularly for tech nerds that wanted to keep up with everything in the world of technology. As well as those that wanted to get away from Facebook and its data collection. Unfortunately, it just did not work out as well as Google had hoped it would. You can now add Google+ to the growing list of social media products that Google has tried and retired over the years. Including Orkut, Google Friend Connect, and Google Buzz.