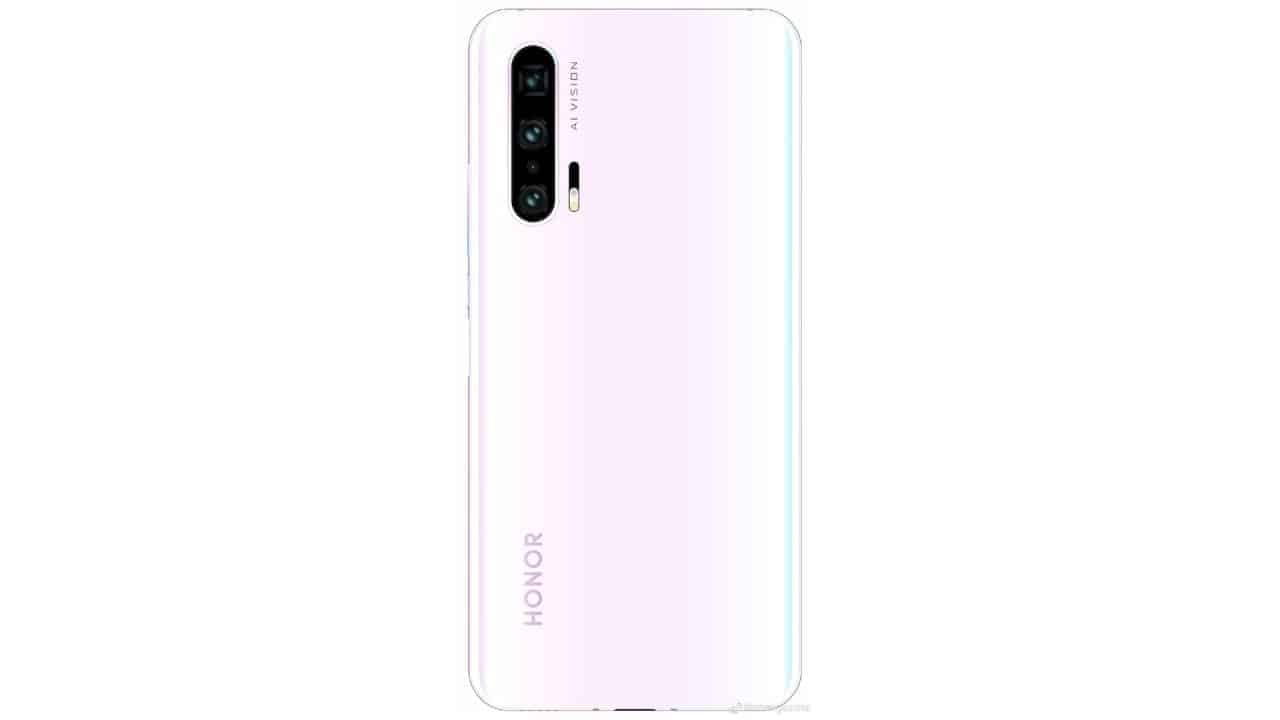 A few new renders of the yet to be announced HONOR 20 Pro has surfaced and shows off two new colors and the 4 cameras it will likely boast. This new pink color gradient, as well as the black version, joins the other picture that was leaked not too long ago, which shows the HONOR handset in a dark blue or teal color. Along with the new pink paint job, these renders give the best look yet at the phone's camera setup. The HONOR 20 Pro will be equipped with 4 cameras, a 48-megapixel, 20-megapixel, 8-megapixel, and a ToF (time of flight) sensor above the flash.

For those who aren't aware, HONOR is a sub-brand of the Chinese electronics company Huawei. The company was started in 2013 and is based in China. These smartphones are sold online and are targeted toward the younger generations who are involved in the digital era. HONOR branded smartphones often fall in less than flagship price categories, while they still maintain a flagship mindset. Interestingly enough, the HONOR View20,(not to be confused with the 20 Pro) which was released in December of last year, was the first smartphone to feature the punch-hole display technology that is now seen in the Galaxy s10 devices.

As for the HONOR 20 Pro, a few specs have been rumored ahead of its expected launch on May 21. For starters, the handset is expected to run with a 6.1-inch OLED display. Unsurprisingly, it will likely be powered by the HiSilicon Kirin 980 processing chip and contain either 6GB or 8GB of RAM. The devices will likely ship with 128GB and 256GB internal storage options. More exact information is likely to be discovered soon. Nowadays, it is rather common for phones and other devices to leak before its launch date. The Pixel 3 is a great example of that, being that the whole world new practically every detail about it long before its own release.

Huawei recently released its flagship smartphones the P30 and P30 Pro back in March. The P30 Pro also adopted the quad camera setup, with the most notable one being a lens with 50X zoom. The HONOR 20 Pro will feature this lens as well, making it a compelling purchase for camera enthusiasts.

Many smartphones over the past couple of years have been seen with more and more cameras. No longer are the days of seeing only one lens, with the exception of devices like the Pixel phones which use software to keep up with the competition.

Another impressive feature that the P30 Pro received was Huawei's new night mode. The software-based camera mode is in direct competition with Google's Night Sight, which can be found in Pixel phones. It will be interesting to see whether the HONOR 20 Pro will receive the same night mode. If so, the handset could be a major competitor in the smartphone market and could possibly be in direct competition to the P30 Pro. Both camera and software improvements found in today's devices are true testaments to where mobile technology is headed and how limitless it can be.