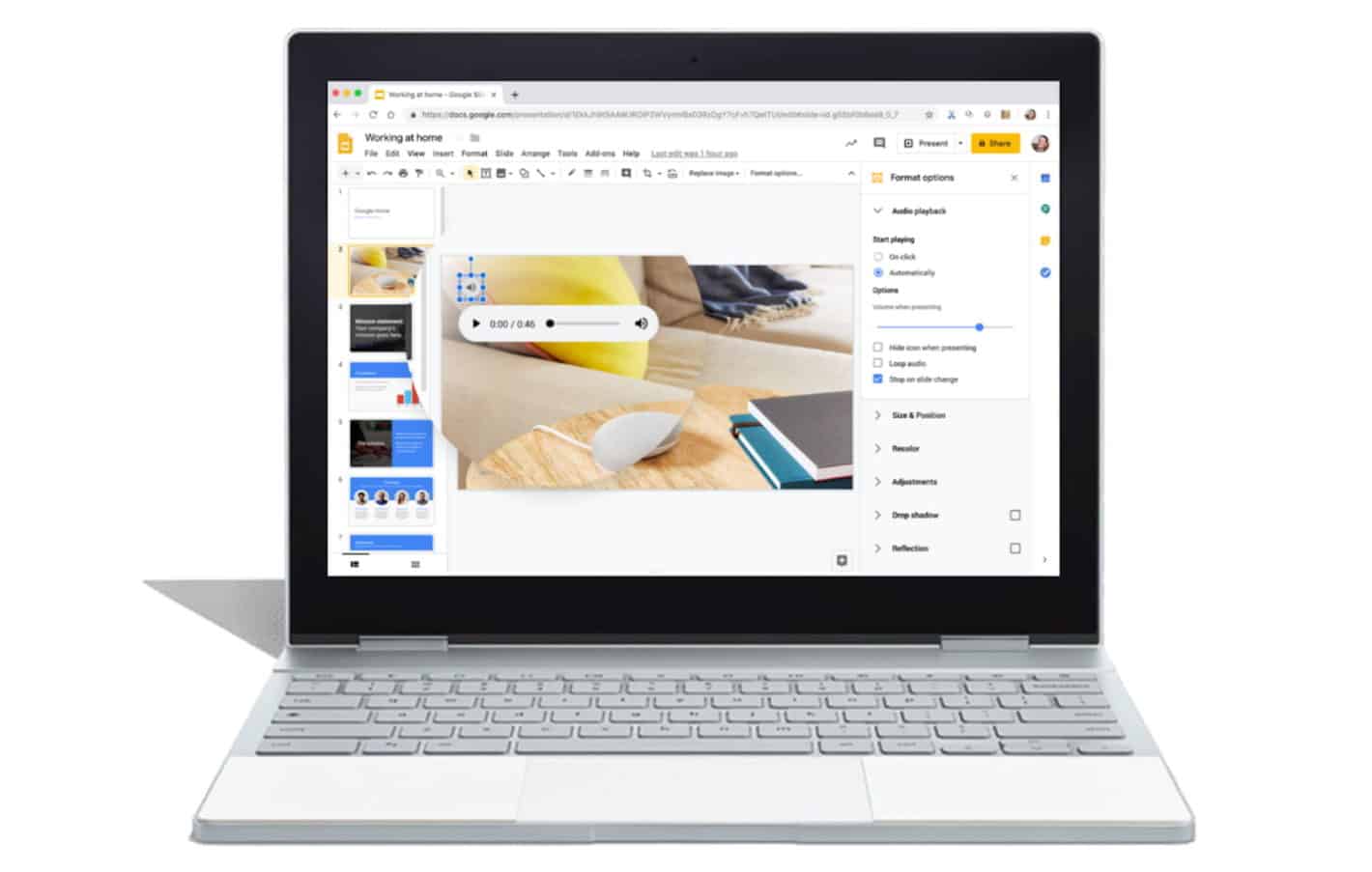 Google may have inadvertently given away a bit more than it wanted to about upcoming integration between its enterprise Hangouts replacement — Hangouts Chat — in G Suite during an official announcement about Google Slides. That's because, spotted by the eagle-eyed writers over at 9to5Google, the images used to tout new features for the slideshow creation tool just happen to showcase the icon for Hangouts Chat in the sidebar.

The implication here seems to be that Google is well on its way to launching the tool for G Suite users and that it will be placing access to the feature in the sidebar that was recently added to its web application pages. That should mean it will be placed in the same position when it appears for Gmail users that have access to the business-centric variation of a Google account — as well as in Docs, Sheets, and other tools.

What is Hangouts Chat?

The introduction of Hangouts Chat itself comes as no surprise since it's been known for quite some time that Google would be sunsetting what it has come to call 'Hangouts Classic' for all users by some point in 2020. It hasn't formally unveiled a replacement for everyday Gooogle users but G Suite users on the enterprise side of things will be shifted over to Hangouts Chat.

That will also happen more quickly for enterprise customers, with the switchover slated to finalize around October.

The reason behind the abrupt change in direction, as Google has killed off Allo and its Google Plus social network too, aren't immediately apparent. But Hangouts Chat will bring additional features over top of what's available now for business users. Rather than coupling the tool with Duo, now marketed as the general consumer app for video chatting, the company also took the wraps off of Hangouts Meet for face-to-face meetings on the enterprise side of the equation.

That's left a lot up of details up in the air and caused a not-insignificant degree of confusion since Google is juggling the shutdown or replacement of so many services at once. The new screen captures accidentally begin to rectify matters on that front by at least starting to ground users in terms of how the integration of Hangouts Chat will look.

What's that about Google Slides?

With regard to Google's actual announcement, the changeup is going to be welcome news for those who want more functionality and versatility from the search giant's office productivity offering. The change that's now rolling out across every edition of G Suite — which should include the general user base with a rollout starting April 18 — allows slideshows to include audio clips.

That's a feature that's already available on available competing office suites, including Microsoft's PowerPoint. It will enable users to add in an audio clip in either .wav or .mp3 format by clicking on the "Insert" menu item and then selecting "Audio." Hovering over the inserted item will bring up playback controls but options will be selectable too. So users can have the audio autoplay when the slide is brought forward or play on a click. That's in addition to stopping, volume, looping, and icon-hiding options.

Users on mobile won't be able to add audio just yet but audio will play back regardless of which platform the slideshow is started on for presentation. Mobile audio adding support will undoubtedly be added by Google with a future update.