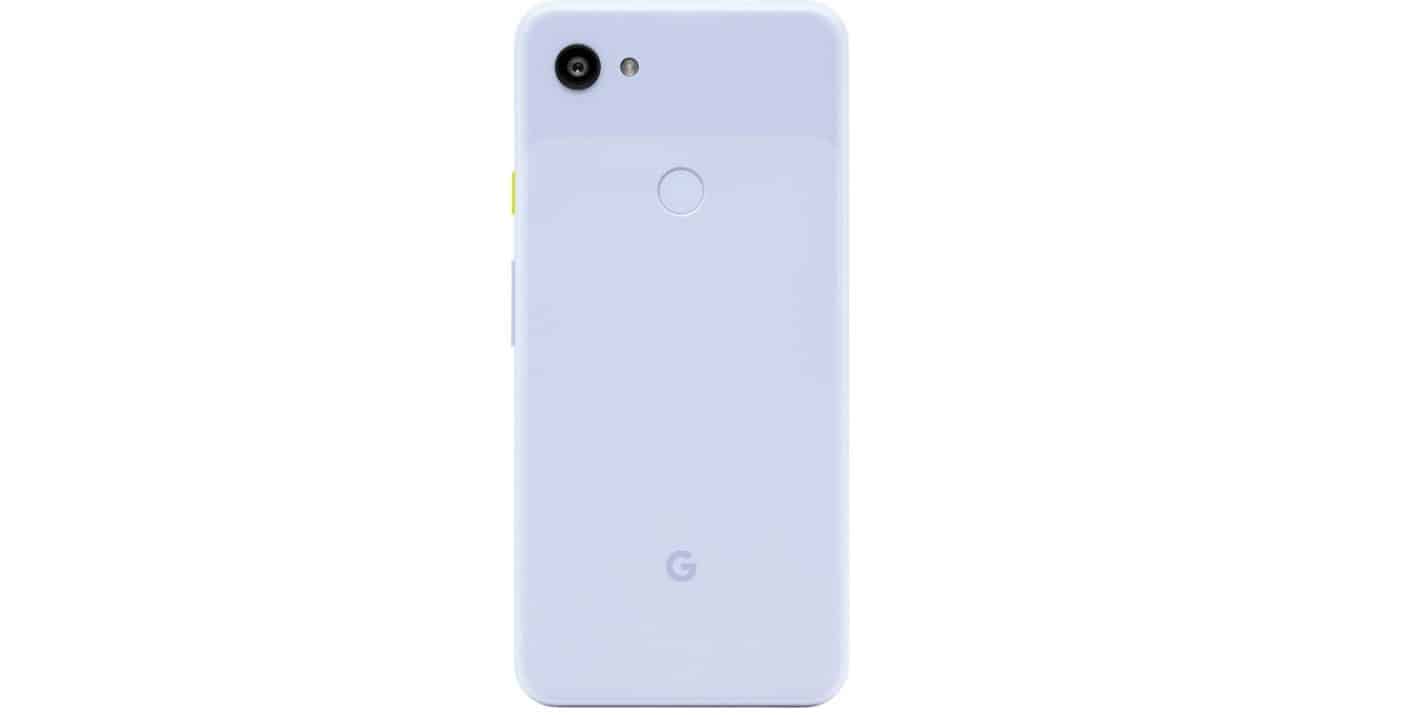 Evan Blass, a well-known tipster, shared a new Google Pixel 3a image. This image pretty much confirms that the Pixel 3a will be available in a purple color as well, as the source states in his tweet.

Even though Google may refer to this variant as “purple” or something close to it, the image that Blass included in his tweet shows that the color of the rear panel is closer to lilac or light blue, than purple. Also included with the handset is a yellow power button.

Previous rumors have indicated that there will be three color options for the upcoming Pixel 3a. Earlier renders suggest that the smartphone will also become available in black and white color options, with Evan Blass also showing off the white version of the smartphone in an earlier tweet.

However, earlier reports based on product documentation mentioned that the third color variant of the Pixel 3a would feature an “Iris” finish. It was not yet clear how the Iris color variant of the handset would look like when the leak first emerged, although the name hinted that this version might combine shades of blue and violet. Moreover, the term iris itself may encompass a wide range of colors, which may also include pale blue.

So, if you take all of that into consideration, you may come to a conclustion that this image more or less confirms the existence of the “Iris” color option, and it provides us an idea of how the phone may look.

Aside from the differences in the color of the rear panel and the power button, there seems to be no substantial difference on the design of the Pixel 3a among the three color options, with the back panel still housing the single rear camera and the LED flash at the upper left-hand corner, the rear-mounted fingerprint sensor, and the Google logo. It is likely that the front of the handset will also sport black bezels as seen in the Clearly White version of the handset.

Interested consumers will likely get a hold of the Pixel 3a within the next few weeks. Customers of Verizon and T-Mobile in the United States will reportedly see the devices in the online outlets and brick-and-mortar stores of their respective carriers. Several reports already indicated that the Pixel 3a will likely ship with a price tag of $500, although there is still a possibility that Google may offer the handset at a cheaper price tag.

Previous benchmark results and reports claim that the Pixel 3a will ship with the Snapdragon 670 chipset, a mid-range SoC offering from Qualcomm. The handset will also sport a 5.56-inch display with a resolution of 2220 x 1080, and an aspect ratio of 18.5:9. A 2,915mAh battery will power the device according to recent reports, and it may come with 4GB of RAM and either 32GB or 64GB of internal flash storage.

Earlier reports also mentioned that the device will feature a 3.5mm headphone jack, and it will retain the camera features seen in Google’s premium handset offerings, which include a 12-megapixel rear camera, and an 8-megapixel front-facing unit.

Aside from the Pixel 3a, the search giant will also reportedly launch the Pixel 3a XL, which features a more powerful chipset, larger display, and possibly more RAM than the Pixel 3a.