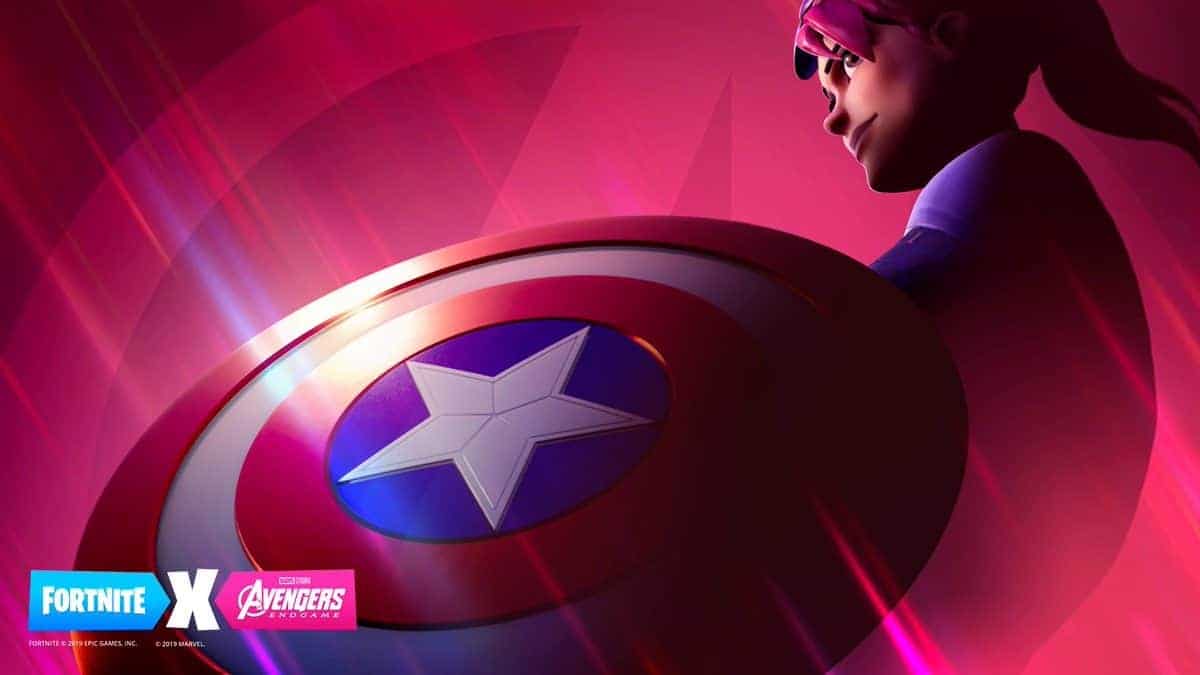 The Tweet is quite cryptic in nature, only hinting that the in-game event is going to begin on April 25, just one day before the much-hyped movie hits theaters. Beyond a character from the game sporting what looks to be Captain America’s classic, pre-Infinity War shield, there’s really not much in the way of what to expect.

While adding Captain America’s invincible and extremely powerful shield to players’ arsenals would be quite the nice touch, it’s a near certainty that detail won’t be the entire scope and scale of this collaboration. This is two very big intellectual properties touching base, and doing so with in-advance hype that’s taken Twitter by storm.

Amid recent reports that Fortnite’s development team faces constant crunch issues due to the game’s endless development cycle, it would be quite surprising to see all of that hard work amount to just a shield.

Knowing how Fortnite likes to run things, this collaboration is quite likely to result in the birth of a new game mode, which will likely be around for a limited time. The promo image suggests that the new mode will involve Cap’s shield somehow, or perhaps even revolve around it.

The Twitter tagline,”Whatever it takes”, meanwhile, is a quote taken directly from a trailer and theatrical poster for the upcoming blockbuster. That and the release date for the event both suggest that this will be a big collaboration, and will likely tie in somehow to the conclusive storyline of Endgame.

While Endgame will supposedly be closing out a ten-year plus saga, this event will be only the second time that Marvel’s heroes and villains have shown up in Fortnite. The previous crossing of the universes saw Thanos show up in the game, albeit in an incomplete form. Players could become the Mad Titan himself and rampage around the battlefield, laying waste to other players until they either wipe everybody out or get put down themselves.

For those not in the know, Thanos is the main villain of Avengers: Infinity War and Endgame, and indeed the background villain of the entire series. To avoid spoilers as much as possible for those not caught up, the big reason that Endgame is significant is that Thanos has finally accomplished his longtime goal, and Endgame is set up to be the heroes’ last stand against his rampage, including relatively new and powerful face Captain Marvel.

As an aside, Captain America’s shield, an icon of the hero himself since his debut back in the days of World War 2, was handed over willingly to Iron Man during the events of Captain America: Civil War, and replaced by a much more vanilla and angular piece. The use of his classic shield in the promo image on Twitter makes the event just a bit more mysterious than it otherwise would have been.

As to lasting impact, Fortnite picking up a collaboration with such a huge movie is already making waves, and is sure to affect the Android gaming space in some way. Other games getting big collaborations in order to compete, and perhaps even trying to tie up with Marvel themselves, is one big way that competition and influence from this announcement are likely to manifest.

Shin Megami Tensei Dx2, for example, recently had a Bayonetta collaboration that was immediately followed by a Devil May Cry 5 event that happened to coincide with the release of the new game, a release that was drenched in hype much like that of Endgame, albeit on a far smaller scale. Beyond all of that, of course, only time will tell.