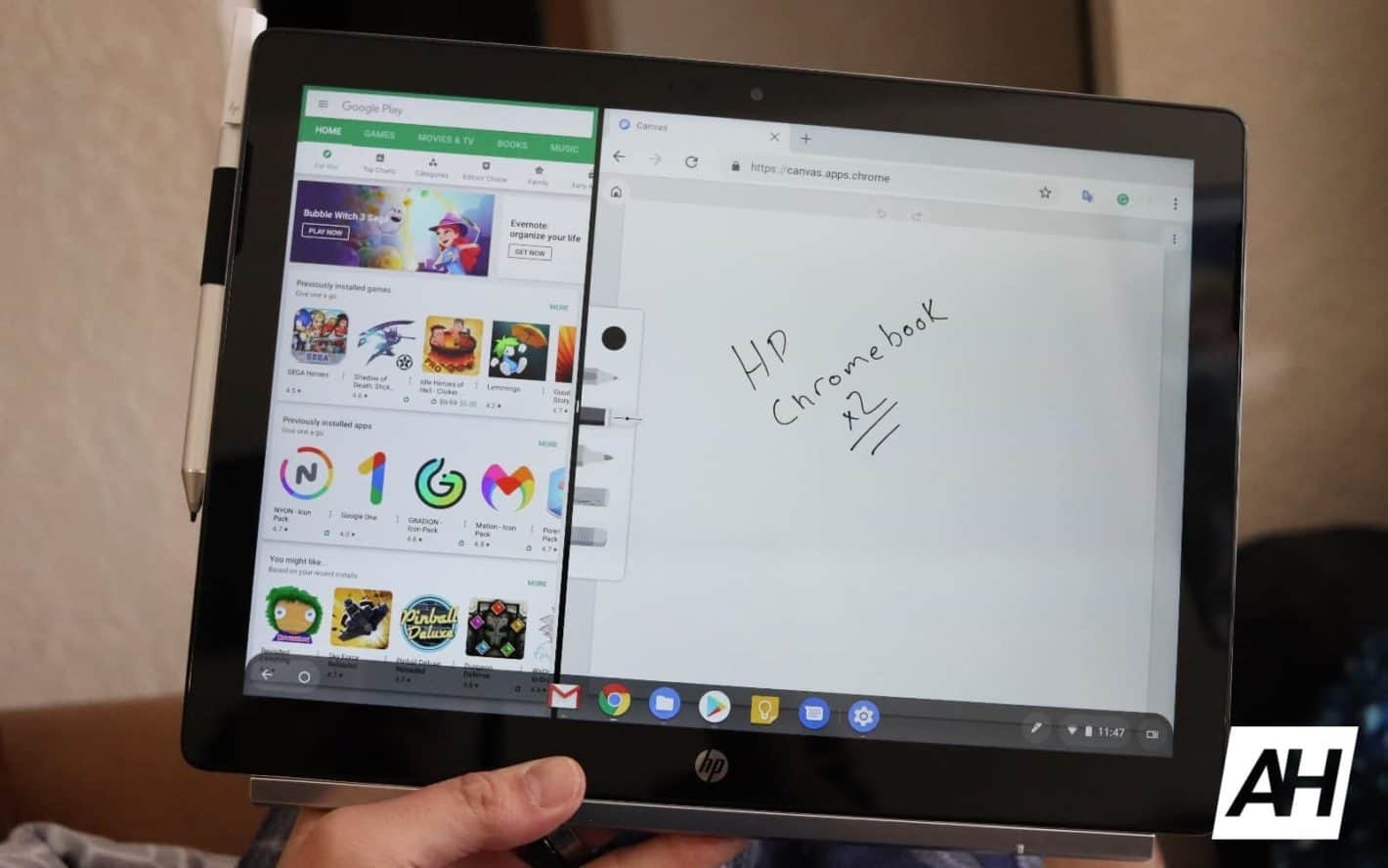 Using Chrome OS to accomplish multitasking goals will become much easier in the future thanks to a subtle incoming change spotted in the Chromium Gerrit that will change how overview mode and window snapping are used. The commit associated with the change describes it as an easy way to initiate a split view between two applications, browser, windows, or other instances from the overview layout.

In effect, that means that users who are working on multiple tasks across several different windows will be able to reorder and organize their workspace simply by pressing the multi-window key on their keyboard. From there, they'll just need to drag an item from the resulting UI to one side or the other and then select a second window to fill the remaining space.

Not for everything but it is a step forward

The feature is still in its infancy and, for the time being, split view only stays active while overview mode is active as testing moves forward. It's also only set to work in clamshell-style devices, according to the commit comments.

At first glance, the difference between the current method for activating a split view and the new one that's set to be added seems arbitrary. Users can already easily step into a split view simply by dragging window that isn't maximized via the button at the top-right of a window to one side of the screen or another. Dragging another window to the opposite side fills in the remaining space.

It is a feature that's relatively universal, as is an overview, on desktop operating systems.

The difference here is how many steps are required for going into a split screen view, to begin with, and the time it takes away from other tasks that could be accomplished. For instance, once the split view is active in its current iteration, users need to navigate back to their launcher bar along the bottom of the page to access open or pinned applications.

New applications need to be launched before they can be placed into split view by either the old or upcoming method.

Once the app is opened, users need to ensure that it isn't maximized to fill the display before clicking on an appropriate spot on the UI to drag the app to either side. Switching between apps that are currently in split view and another app or window only compounds the inefficiency of the process.

By placing an activation into the overview, the process is simplified and there's no need to bring a window forward before putting it into split view. Over larger tasks involving more apps and instances, that's going to make a big difference.

While the current implementation is still under testing and only applies to desktop implementations, the ability to enter split view from an overview mode would arguably be much more useful for tablets. The change would bring the features on Chrome OS in line with other operating systems and much closer to how multi-app use works on some Android tablets.

Summarily, it would stack on top of other changes made to the OS by Google in a bid to make it work better for the emerging Chrome OS tablet market, helping to address and offset shortcomings that still exist there.

As indicated by the commit, a split view does work differently in tablet mode. Overview mode likely has some key differences too since it doesn't rely on a key press. There's no indication regarding when the change will be pushed through to the Stable Channel of Chrome but none of that rules out the feature from that side of the platform at some point either. The new commit could easily represent the first step in that direction.