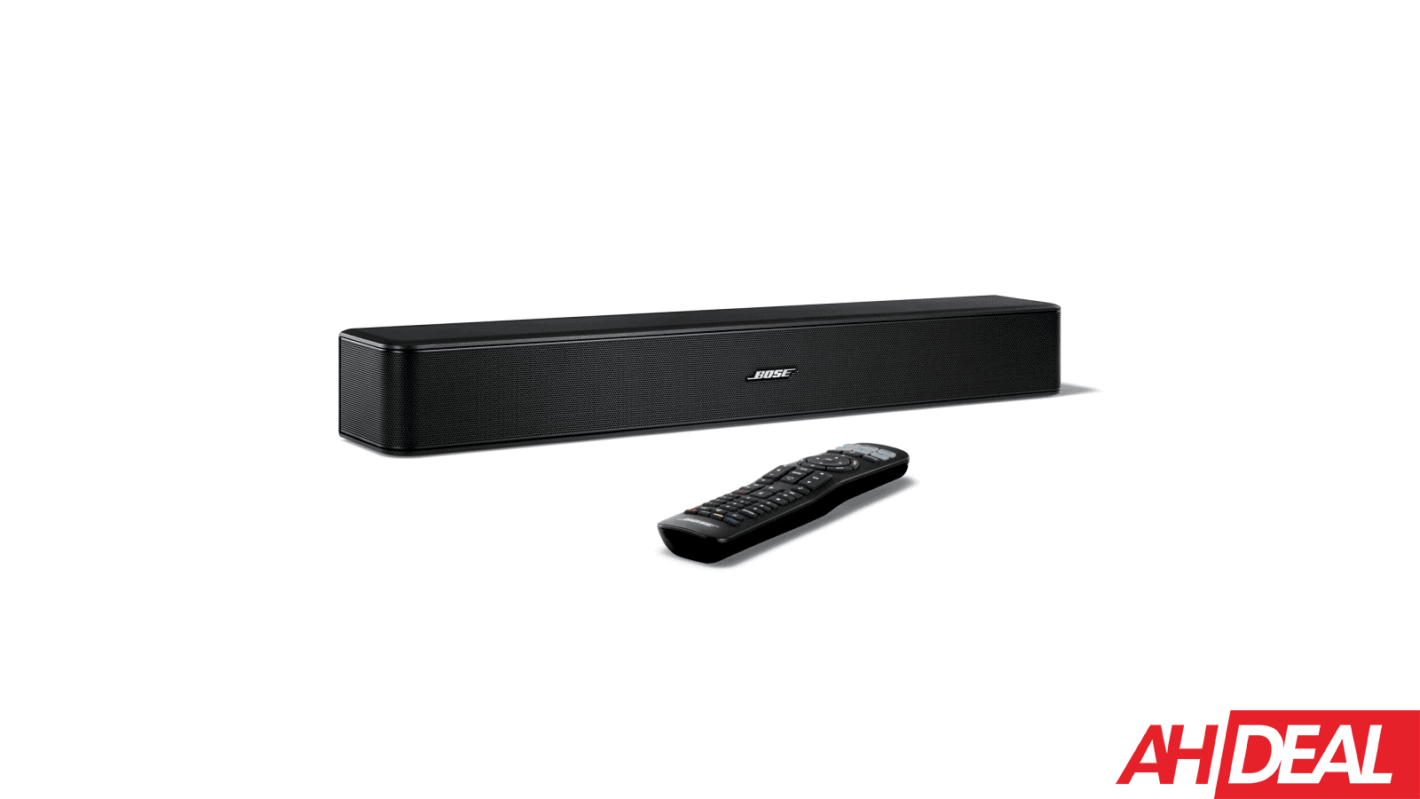 Amazon is currently discounting the Bose Solo 5, dropping the price down to just $199. That is good for $50 off of its regular price, and it is also the first time that this has dropped in price since Black Friday. Making it a really great time to pick one up and add it to your entertainment center.

The Bose Solo 5 is a sound bar for your TV. It's on the smaller side, but don't think that it has some pretty terrible audio or volume, because it does not. It's a very compact sound bar, that will fit well with smaller TVs, and look pretty small under some larger TVs. As you'd expect from Bose, it does have some pretty good audio quality. So you're going to get some pretty strong bass, as well as crystal clear mids and highs. Which makes it great for an entertainment center.

This does come with a universal remote, but you can also control it with your TV remote. Having one remote that can control everything is definitely a lot more convenient.

You can pick up the Bose Solo 5 TV Sound System from Amazon right now for just $199. But you'd better hurry as it won't be this cheap for long.

Bose Solo 5 - Amazon - $199
Advertisement
Trusted By Millions
Independent, Expert Android News You Can Trust, Since 2010
Publishing More Android Than Anyone Else
0
Today
253
This Week
254
This Month
4999
This Year
106474
All Time
Advertisement