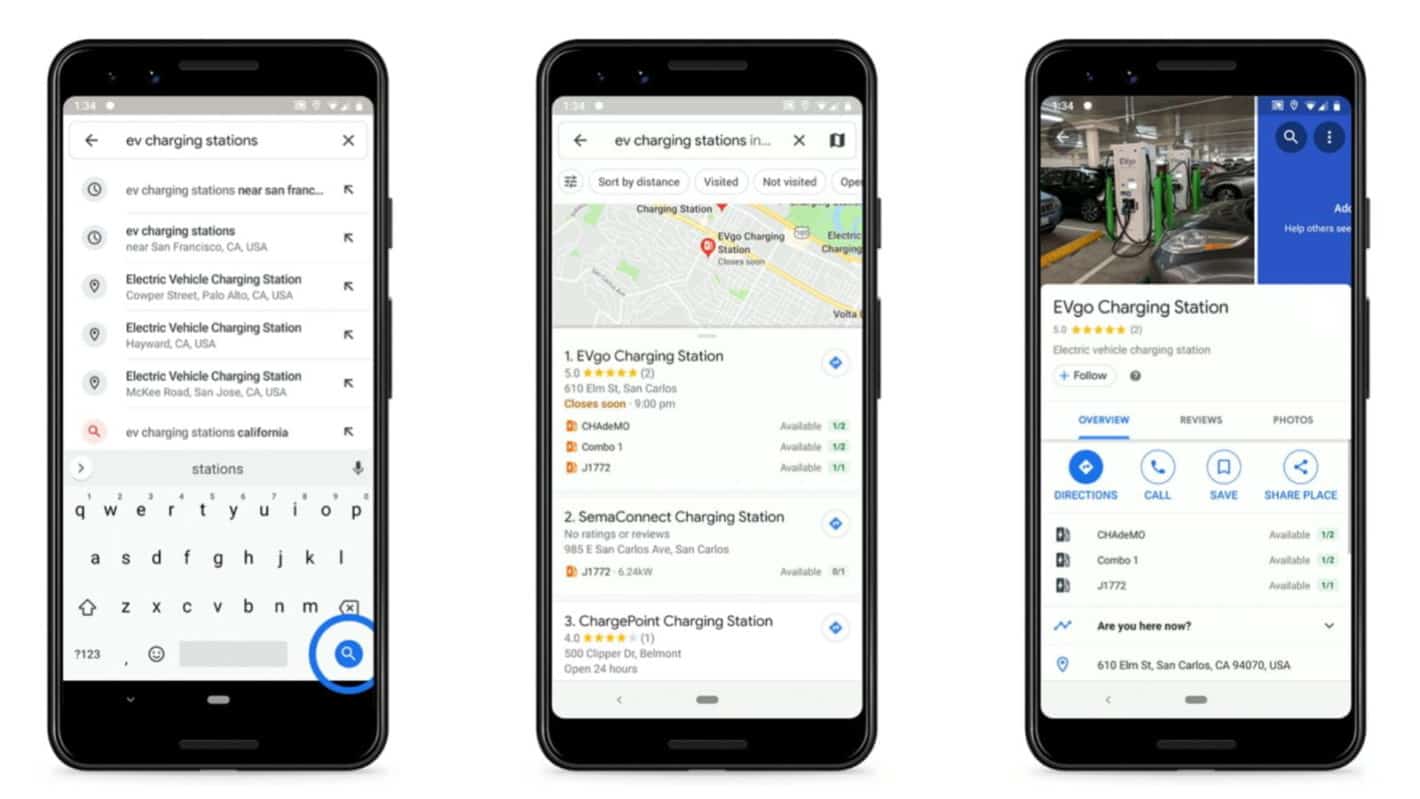 Google has announced a new update to its Google Maps search results that should save significant time off of travel for those who happen to own an electric vehicle (EV). The tech giant now has an official layout for search results specific to locations where users can get a charge, allowing real-time information about charging stations from Chargemaster, EVgo, and SemaConnect.

The update means that EV drivers can get a ton of information on charging stations managed by those companies without having to drive over and see for themselves. The usual details will be available, including ratings and reviews, photos, location and address information, and answers to questions from other drivers. Google has filled that out further with information about the number of charging ports, the type of port that’s provided, and the charging speed and rating of the ports.

Even more helpfully, Google has turned on a feature that means users can get a real-time readout for how many of the available ports are currently being used. That means there’s no need to sit around waiting for a free charging port or drive around looking for another station. All Maps users will need to do is enter a search for “EV charging stations” and Google will provide the information.

Ensuring Maps can serve every need

The latest update follows a steady wave of changes to maps that have taken features from Google-owned map service provider Waze and improved or refined them for Google Maps. Those have been geared at helping businesses distinguish themselves from others as well as helping consumers more readily discover businesses they need or that meet their requirements.

Google’s previous decision to add a capability that allows users to see how busy a given restaurant or similar location is at any given time serves as a potent example of those efforts.

Another recent change made by the search giant saw the addition crash and speed trap alerts aimed at helping commuters avoid unnecessary tie-ups. That’s been a more controversial change since some claim it aids criminals in evading law enforcement but it undoubtedly serves as a useful tool for those who want to avoid slow-downs on their way to work or elsewhere.

Where will this improve?

Google says that in addition to the charging stations that are already detailed, it also plans to add Chargepoint to its listings “soon.” That’s also not the only way the new feature could feasibly be improved.

Alongside concerted efforts to get more charging companies involved, there are issues with the new tool that still may need to be addressed. Google hints that the wait is the worst part of pulling into a charging location only to find that all of them are taken. There’s no way of knowing how long the wait will be. So it’s not out of the question that Google may begin looking to find a way to incorporate a feature to rectify that in the future.

Regardless of whether that ends up happening, the new update should at least alleviate possible issues that can surface when trying to find somewhere to plug in, to begin with. Users who want to take advantage of the current improvements will need to update their Google Maps application on their smartphone as this doesn’t appear to be an entirely server-side update. For now, the change will only apply in the US and UK. There’s no news when that might change.