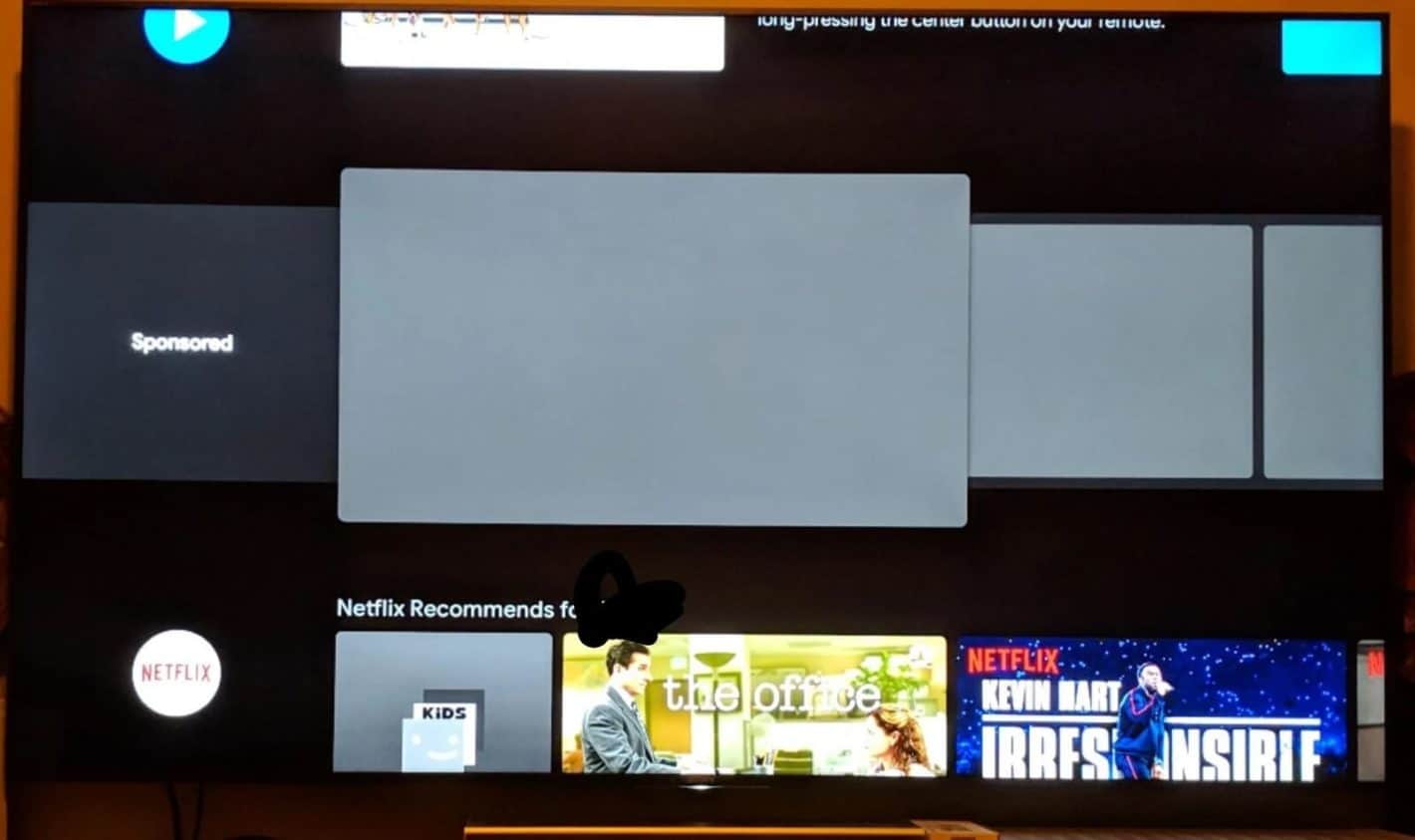 Update #2: For more information on this issue, see here.

Update: A Google spokesperson provided the following statement "Android TV is committed to optimizing and personalizing the entertainment experience at home. As we explore new opportunities to engage the user community, we're running a pilot program to surface sponsored content on the Android TV home screen." End of update.

A sponsored ads section has now started showing up on the Android TV home screen.

At present, this does not seem to be a user-wide issue (we’re not seeing it) but many device owners are and have taken to multiple forums to discuss the issue.

In addition, in spite of this seemingly still in a testing state, it is an Android TV thing and not a manufacturer change. In other words, there’s the possibility of seeing these ads on any Android TV device.

For example, users have already confirmed a change on Sony TVs powered by Android TV, as well as set-top boxes including the NVIDIA SHIELD and the Mi Box from Xiaomi.

One of the threads also provided an image (shown above) which details just exactly how this new section looks. In that instance, a new dedicated “Sponsored” row has appeared and is seemingly fairly prominently placed – below the “Play Next” row.

Due to the row in this image not actually surfacing any sponsored content, it remains to be seen exactly what Google is defining as sponsored. Irrespective, the label alone largely confirms it is content that’s ad-based in nature, and one users who have already experienced it are now unhappy with.

In related threads, other users are now starting to notice that with the latest update to the Android TV home, the “Apps Spotlight” row has become more of a mainstay.

The Apps Spotlight row in itself is not new, but is in essence another ad-based section as it is designed to surface and promote apps Google thinks you might be interested in downloading.

Arguably, this makes it no different to any of the other rows as all of them are designed to showcase content from within a single app. For example, the Netflix row advertises Netflix shows and movies and in the same sense this is simply the ‘Google Play Store’ app row.

This likely makes the App Spotlight row, and the others a different proposition to the now-suggested Sponsored row.

The issue now surfacing with Apps Spotlight is that previously there was an option to disable the row. This is still technically possible to do although a number of users are finding when they do remove it from view, it is reloading itself again after a period of time with the only sure-fire way to remove the section is to uninstall the latest update to the "Android TV Core Services" app.

In comparison to the Sponsored row, the Apps Spotlight row appears to be far less intrusive as although users are noting more of a forced use-case, it is positioned by default at the bottom of the home screen. An area the user would have to actively scroll down to reach and one which may be quite a bit down depending on how many “channels” they currently have active.

Reaching this far down might be beneficial to have access to a row dedicated to alternative apps, and due to the placement of the Apps Spotlight row, it is possible a number of users might not have noticed this change yet – it is more user-wide compared to the Sponsored row.

For those who do want to remove the App Spotlight row from view, you can do so by scrolling down to the row and once highlighted moving to the left twice and clicking on the “–” icon. Alternatively, head to the Android TV settings (on Oreo), then to “Home screen” followed by “Customize channels.” Then move down to “Promotional channels” and toggle off “Apps Spotlight.”

As for the Sponsored content, this one you’ll likely have already noticed if your device is included in the current round of testing and it is understood the row can be removed using the same actions.