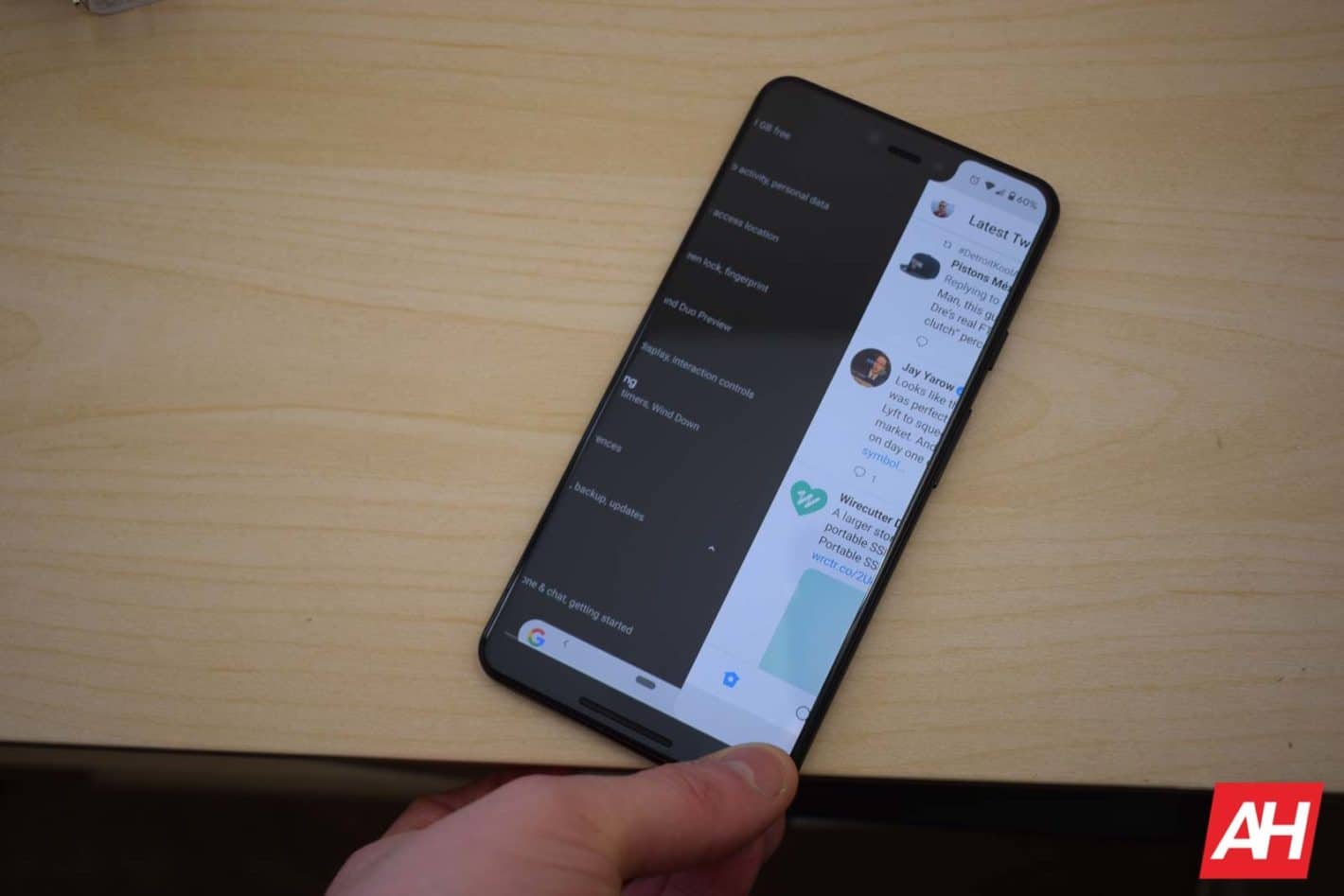 The second beta for Android Q brings some new multi-tasking gestures, bringing it in-line with what Apple is doing on iOS.

Now in Android Q, you can quickly swipe left or right on the gesture bar at the bottom of the screen. Making it easier, and much faster to jump back to the app you were just in. You can also still swipe up to get the to the multi-tasking menu that most people hated from Android Pie. The cards are still full-screen, so you still only get to see one app at a time.

The biggest change here is the fact that pulling on the pill button at the bottom no longer does anything. You can either swipe up to get into multi-tasking and then swipe around to find the app you want to jump to. Or you can just swipe left or right til you find the app you want to jump to. It is better than dragging the pill left or right, as sometimes that can get a lot faster than you want (or need it) to be, and often times miss your app that you were looking for.

It's worth noting that this is, of course, a beta. So that there are some issues here with this new gesture. For one, it is very buggy. The animations are very slow, if they even show up at all. We're also noticing that it is acting very slow in general. You sometimes need to hold the swipe before letting go, to make sure it actually swipes over to the left or right. It's nowhere near perfect right now, which should not be a surprise, given this is the second of six betas for Android Q. But it is getting there.

The new back button gesture is no where to be seen either. Instead there is still an actual back button that appears, when it is needed. That was supposed to be one of the bigger changes coming to Android Q. Though that was part of a leak, so Google could have removed that from Android Q altogether.

Google debuted gestures last year with Android Pie, and they were met with mixed reactions. Most of the bad reactions were because gestures are meant to give users more screen real estate. But these gestures use the same amount of space, and make it tougher to navigate the operating system. This was paired with the new multi-tasking menu that was also pretty difficult to use, especially for power users.

Gestures are getting better with Android Q, though they are still not perfect. Many of Google's Android partners do their own gestures, and are much better than what Google has come up with for stock Android. If Google can polish up this new multi-tasking gesture, then it should provide a much better experience for users. As right now, it is still pretty rough. But it does make switching between two apps much simpler and faster. Something all Android users can definitely appreciate.