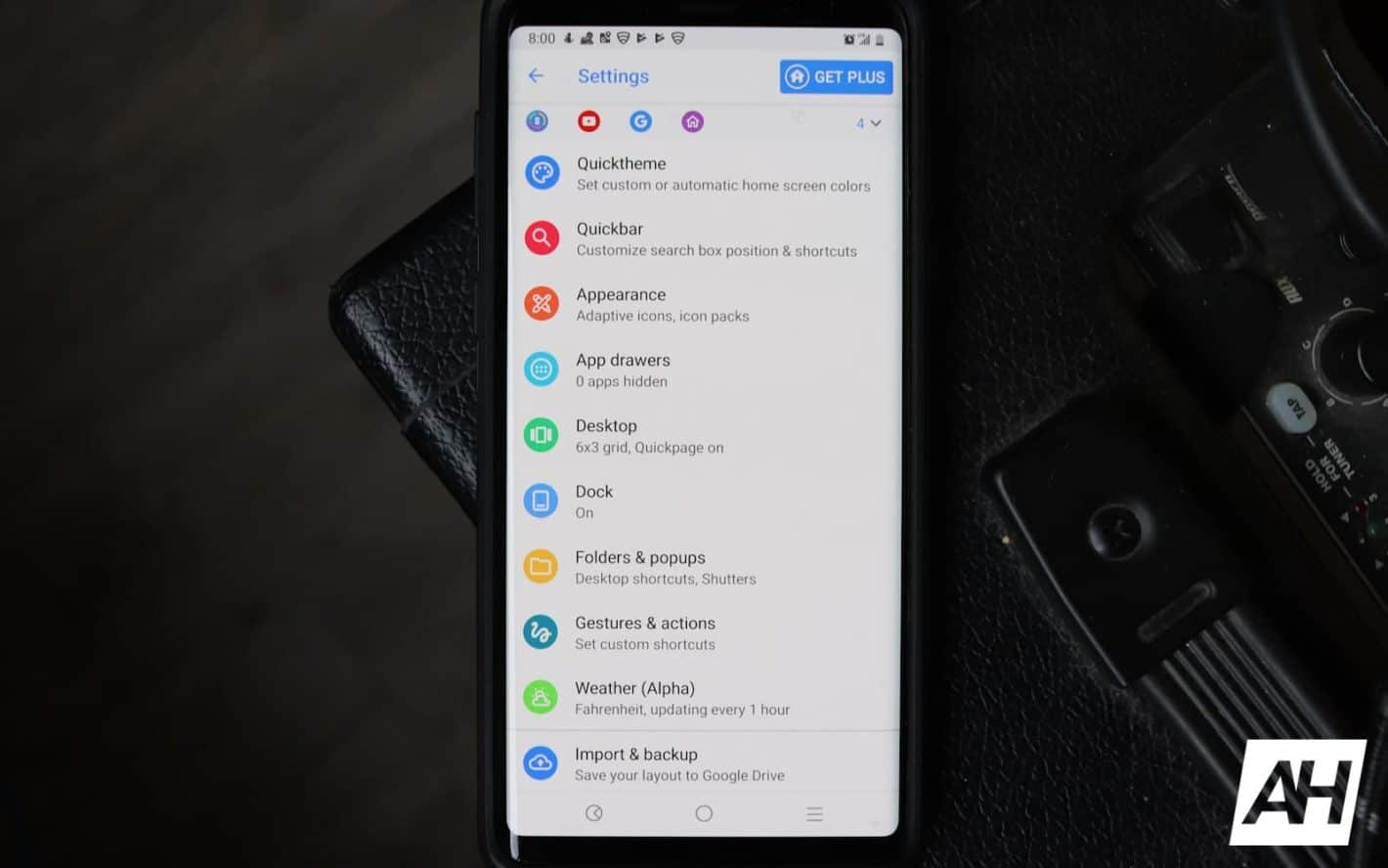 Action Launcher v40 is rolling out now with a number of substantial changes to its business model resulting in new features to go with its new look, the company says. The new look is mostly in the app's new icon on the Play Store and added ability to increase verticle padding but it signals a shift away from previous conventions laid out in new functionality.

Alongside the usual bug patches, including a memory leak fix and reduction of app reloads in this update, Action Launcher is changing the way searches in the app work. There are two big changes but the most impactful one is arguably going to be the new "Action Search." That lets users search not only the web or installed apps but their contents, actions, and the action launcher too.

On top of that change, a new Action Web Search has been added as well as native support for Bing and DuckDuckGo as default options for discovering images, news, video, and other web content.

The theme of the Action Search, as with the rest of the popular launcher replacement, is completely customizable and every user will have access to the tool whether they're a paid user or not.

The update will obviously be useful in helping Action Launcher compete with the biggest and best names in the business but the alterations aren't only meant to serve that purpose at all. Action Launcher notes that user perspectives on privacy and security have changed since its app first launched and the new moves are a definite response to that.

First, Action Search itself actually functions very similarly to Google Discover in that it allows users to find all of the content they could want whether that's online or on their device with a straightforward search. Action Web Search and the addition of an in-house search tool along with two other options for default search engines take that further still.

In particular, the addition of new search engine options means that users can now choose to utilize Microsoft's search tool by default instead of Google. But it also means that users who are more concerned about privacy rather than personal preference can select Action Web Search or the rapidly growing and privacy-heavy DuckDuckGo as an alternative.

Action Launcher had previously included a new paid subscriber model in its update too, in a bid to shift away from traditional mechanisms and become not only more competitive but self-sustaining. That change is a large part of why the company has made these changes, its announcement clarifies. All of it is intended to come together as a means to set the launcher apart from the dozens of other aftermarket launcher apps on the Play Store.

Changes are also based on user feedback from the previous update. That's a trend Action Launcher plans to continue following on moving forward. In all likeliness, that means users can probably look forward to more changes that build on Action Launcher's new standalone first-party features as well as more partnerships to expand on other available options.