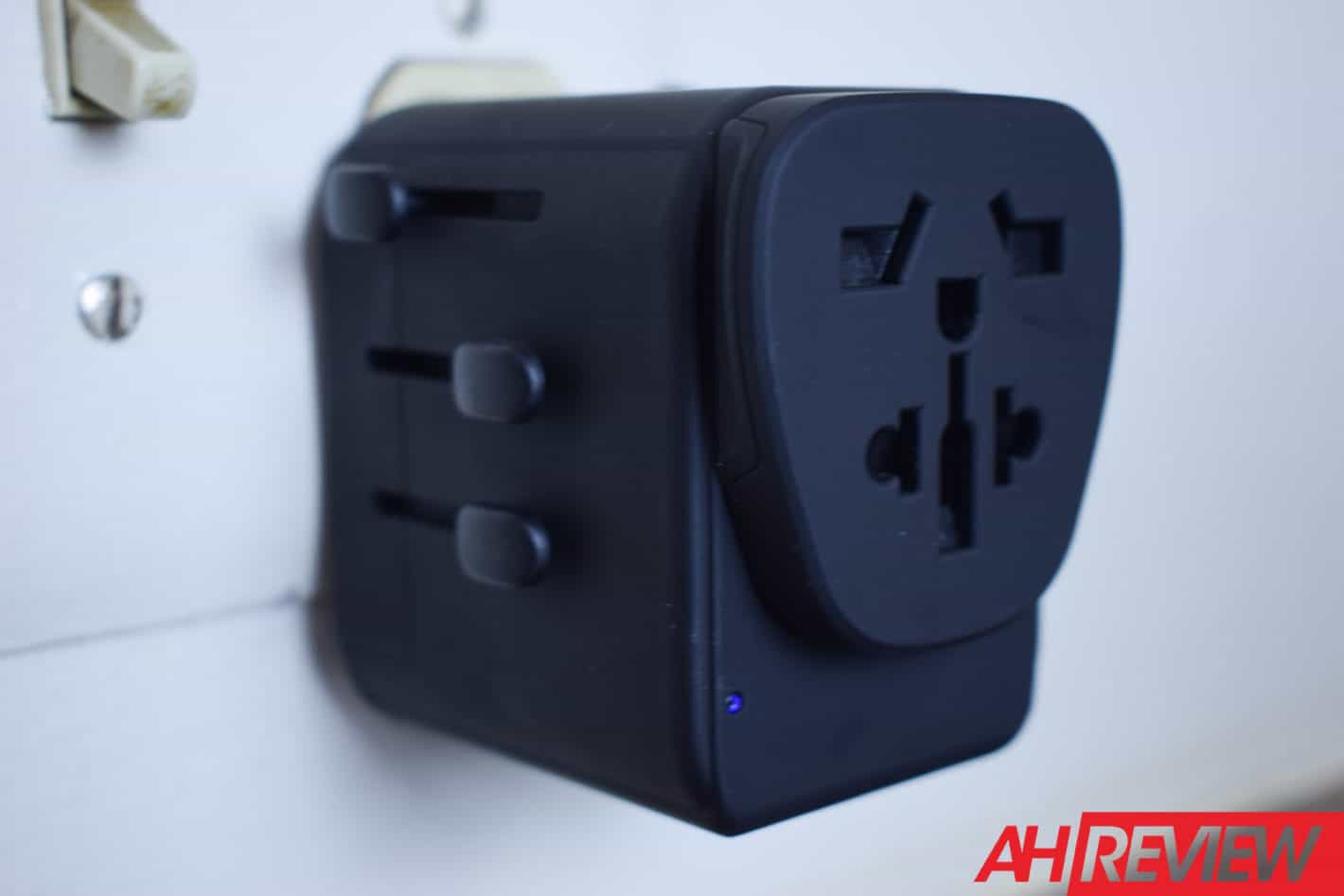 Xcentz is aiming to solve a few problems with this Universal Travel Adapter, not only the different plugs used around the world, but USB ports for charging your smartphone, tablet, smartwatch and other gadgets.

Xcentz new Universal Travel Adapter is something that all international travelers are going to need before their next trip. This adapter has plugs for the US, Europe and Australia. So no matter where you're headed, your current electronics can still be plugged in, while you're there. However, this adapter does more than just adapt to the right plug for the country you're in. It also has three USB-A ports and a USB-C PD outlet available too.

There are three switches on the side of this adapter, that will open up the right plug. Whether that's a US, EU or AUS plug. You can't slide more than one plug out at a time, and seeing as you wouldn't need to anyways, that makes plenty of sense. You can plug in a EU plug, and then switch it to the US plug to plug it in while you're in the US. It's all pretty simple, and a really good option for those that do travel quite a bit.

Travel adapters are really nothing new, they are all a dime a dozen. But there is something that sets this one apart from the others out there. This one has three USB-A ports and a USB-C PD port. Allowing you to just plug in your USB devices into the travel adapter itself and use the actual outlet for something else – maybe a laptop.

The three USB-A ports are all Quick Charge 3.0 capable, so you're getting quick charging here as well The USB-C PD port does about 18W, which is about the same speed as the Quick Charge 3.0 ports. But this will work for other things like a laptop or gaming console, though it will charge them very slowly, since they need at least 30W to actually charge, while being used, but it is possible.

Xcentz is using a soft-touch plastic material on this travel adapter, which makes it look pretty nice, but also keeps it rather lightweight. Considering this is already pretty heavy, for a travel adapter, that is definitely a good thing. This is going to fit into your bag pretty nicely, seeing as it is shaped like a cube. It will work well in a hotel, seeing as hotel rooms almost never have enough outlets, and this way you can use one outlet to plug in as much as five devices.

We've all been there, taken a long transatlantic flight, gotten to the hotel room, only to figure out that you can't use anything you brought with you. Can't plug in your laptop, charge your phone, or even use your electric razor. This would fix that issue, seeing as it does support all of the plugs that are found around the world. Whether you're flying to Europe, China, or Australia, this Universal Travel Adapter will work and charge whatever you brought with you.

Xcentz offers the Universal Travel Adapter in three colors: black, blue and pink. All of which are priced at $29.99. However, you can get it for just $19.99 for a limited time, thanks to the promo code XCENTZS11. This price will be available through April 20.

Xcentz Universal Travel Adapter - Amazon - $29.99
Trusted By Millions
Independent, Expert Android News You Can Trust, Since 2010
Publishing More Android Than Anyone Else
0
Today
169
This Week
661
This Month
3173
This Year
104652
All Time
Advertisement