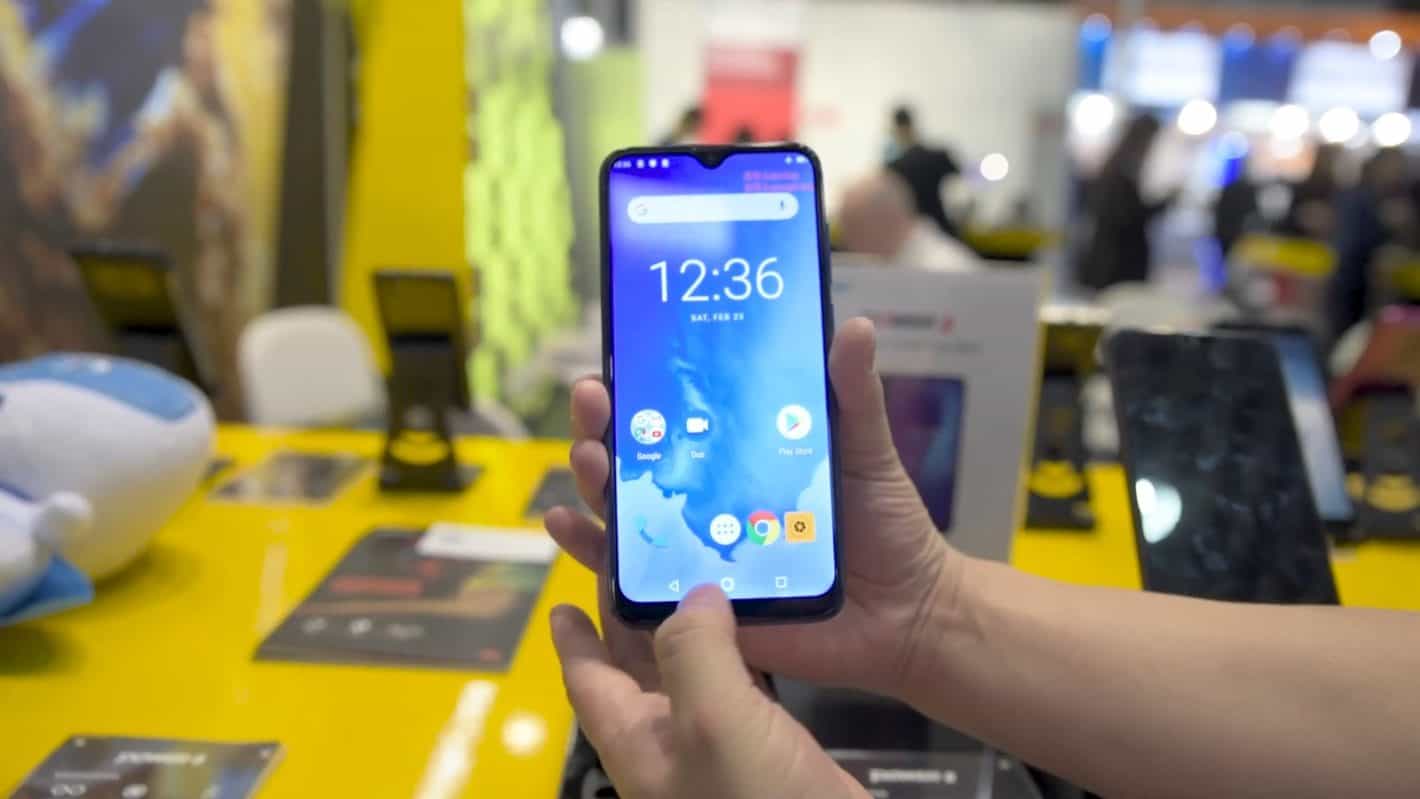 The Ulefone Power 5 was one of the company's most successful smartphones ever, and its successor, the Power 6, made an appearance at MWC 2019. Ulefone actually published a short hands-on video with the device, a 30-second video in which it briefly goes through the phone's menus.

This video basically reveals the design of the phone, as we get to see both its front and back sides. The Ulefone Power 6 includes a teardrop notch at the top of the display, while it also sports a thin "chin" below the display. Other than that, its bezels are more or less non-existent.

The back of the device contains Ulefone's branding, and it is curved. You will notice that there are two vertically-aligned cameras included on the back of this phone, in a rather odd, rectangular casing, along with the phone's dual-LED flash. A circular fingerprint scanner lies below the phone's rear-facing cameras. Its cameras do protrude on the back a bit, though not much.

The company also revealed some specs of the Power 6, saying that the device incorporates a 6,350mAh non-removable battery, and boasts 5V/3A fast charging. A 6.3-inch fullHD+ InCell display is included here, while 21 and 5-megapixel cameras sit on the back of the phone. A single 21-megapixel camera is included on its front side, while the device also packs in 4GB of RAM and 64GB of internal storage.

This handset does include an NFC chip, and it supports OTG as well. Facial scanning is enabled via software, and the phone uses its front-facing camera in order to scan your face. The Power 6 will ship with Android 9 Pie once it becomes available, though we still do not know when will that happen.

The phone will offer two SIM card slots, and it will support 4G LTE connectivity, of course. The Power 6 will ship in Black and Blue color variants, while it will measure 158.75 x 75.5 x 10.1mm.

We still do not know how much will the phone cost either, as Ulefone did not disclose such information. If you're unwilling to wait for this phone to become official, and you're more interested in rugged handsets, the Ulefone Armor 6 is now available for purchase for $329.99, it is still discounted at Banggood. If you'd like to get one, a purchase link is included down below.