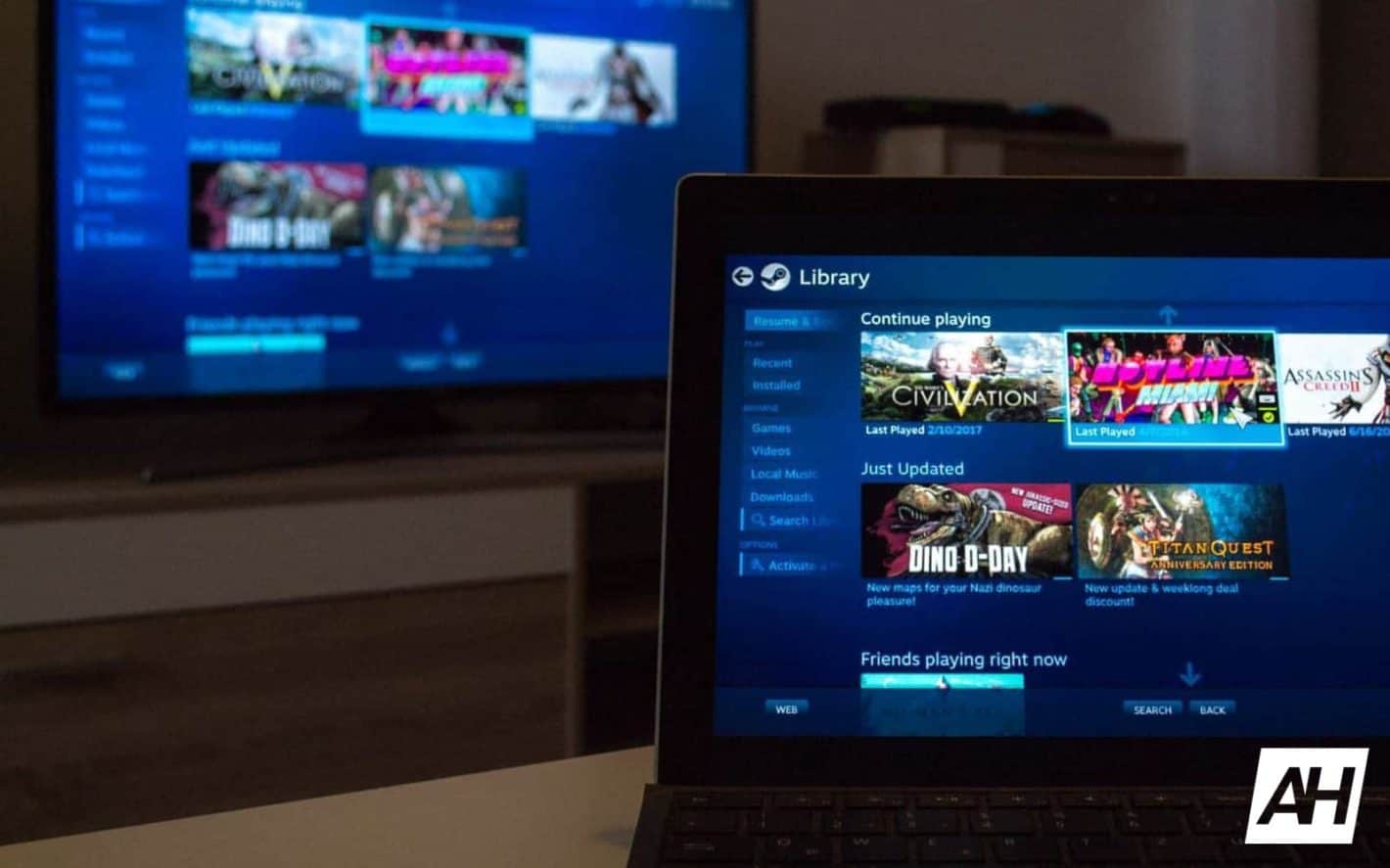 Valve’s ongoing project to bring streamed gaming functionality to its users via Steam Link has entered a new phase of development as the company moves to remove limitations that tie service to a single Wi-Fi network. With the update to Steam Link beta build version 688, users can essentially utilize Steam Link Anywhere to remotely play games from an internet-connected PC running Steam from anywhere in the world.

The sole drawback to the service, for the time being, is that it will require a better-than-average and stable upload speed and good download speed for both the streaming PC and the mobile or desktop platform a game is being played on. Steam Link Anywhere is also still in beta so it won’t be bug-free for the time being.

Getting started using the feature is easy enough though and simply requires users to update their client the most recent beta built — noted as being dated at March 13 or newer. Using the interface to add a computer, users need to select “Other Computer” to add a device to be streamed to. Pairing instructions will guide users through the process.

Although Valve did ultimately kill off the hardware aspects of Steam Link, the new Steam Link Anywhere feature goes a long way toward fulfilling the promise the project has always centered around.

The move follows more than a year of innovation which ultimately paved the way for users to play PC games on their smartphone, a less powerful secondary Windows, Linux, or Mac device. Although some workarounds are required to get it working properly, even a Chromebook could feasibly be used to play the games.

Prior to the update, however, that was all restricted to a local network connection. While users could play their favorite Fallout title or a PC version of Fortnite from their tub or bed, they couldn’t do the same while out on the town or on a break at their workplace.

With the latest update, Valve removes the Steam Link limitations that were previously in place, forcing streaming to only be available on a local connection over a single Wi-Fi network. That opens up the possibilities for streaming PC-quality games to just about any device from anywhere a good connection can be found.

When is this emerging competitor landing?

There’s still no word from Valve regarding when the cross-platform wide-area game streaming feature will land in a form that isn’t beta but that shouldn’t come as too much of a surprise. The application that allowed gamers to access the company’s game curation tool, market, and launcher along with their full library of games via mobile only just launched toward the beginning of last year. Given the complexity of pushing a game over a disjointed network and relaying inputs over the same, it could take some time.

In the meantime, Valve is facing an increasing threat of competition in the space from tech giants like Google, Amazon, and others. Google, in particular, is expected to take the wraps off of its own stream anywhere gaming service — codenamed Project Stream — at GDC this year via its first keynote at the event. That runs from March 18 through March 22 and could put a significant amount of pressure on Valve to finalize its development.