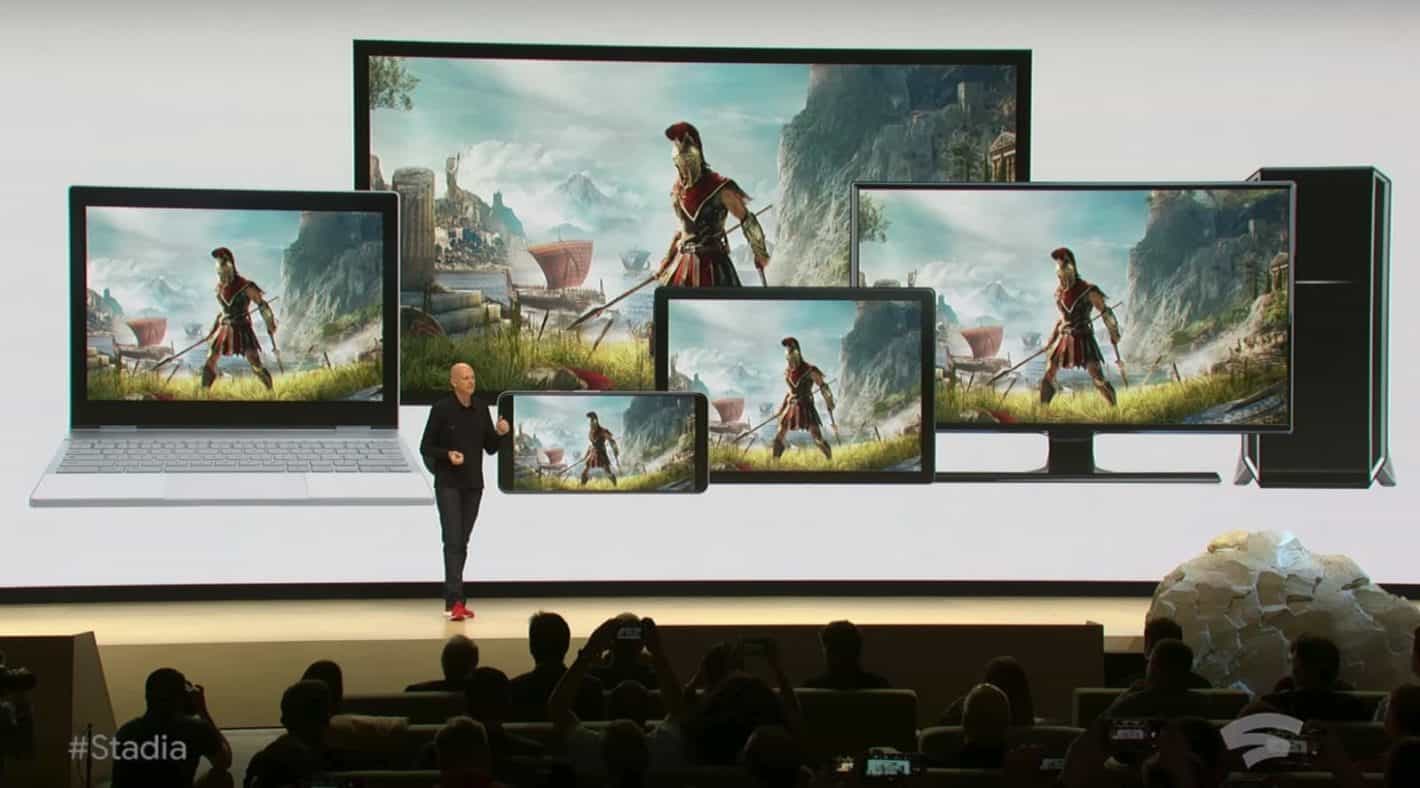 Google is well into the launch announcement for its latest innovation, dubbed Stadia, and it’s set to make any device that can run Chrome a true gaming console capable of producing 10.7 teraflops per instance. The biggest news at the event may just be that experience can be moved across any number of devices in real-time at the click of a button on the newly announced controller for the service.

That's made possible because Stadia isn't a console. For this service, Google has created dedicated Chrome Cloud servers and those effectively act as the console. The controller connects directly to the server while the video streams back to users at up to 4K at 60 frames-per-second with HDR support. So switching between a TV, Android smartphone, Chrome OS gadget, or television as simple as connecting to a Chromecast device.

YouTube will be intrinsically linked to the service for live-streaming, jumping into a game directly from watching a gaming video, and more — bringing high-end gaming to basically everybody regardless of hardware power.

How, exactly, does this work?

Google hasn't provided a lot of details about how its new system works just yet but it will operate in a very similar fashion to the above-mentioned Chromecast devices and follows a format that was only recently publicly tested via Project Stream. Aside from controllers that detect the screen the user wants to play on while connecting directly to the cloud, YouTube, and more for a seamless experience — at least on paper — development for Google's Stadia is centered around Linux Architecture and Vulkan.

Vulkan is effectively a 3D graphics and compute API that, in this case, is run via Google's dedicated Stadia servers. Chrome itself provides the framework for displaying the games to users. The servers themselves were built in partnership with AMD, one of several manufacturers that support Vulkan RunTime Libraries.

Big-name partners in the gaming world have already pledged support as well, including developers behind popular game engines such as the latest iteration of Unreal Engine.

All of that means that developers should have an easy enough time getting games running on the platform.

For the end user

For the time being, Stadia essentially equates to something that has previously gone unrealized in the gaming world regardless of platform. Namely, because the games are streamed there will be no more downloads and game updates or installations to wait through. Users will be able to immediately stream their games and pick up where they left off on another Chrome-enabled gadget in an ever-expanding IoT of devices.

The biggest drawback to all of that is that using Stadia will require a great internet connection, capable of streaming up to 4K video while also linking the controller to the database for command inputs. Otherwise, it simply isn't going to be a very smooth experience.

Stadia is also going to be limited to Chrome but Google plans to bring support for Stadia to other browsers moving forward too and to deliver up to 8K resolutions at 120 frames-per-second in the future with full support for surround sound. That will expand the service well beyond current drawbacks if the service can garner enough attention from developers and as 5G networking becomes more widespread.