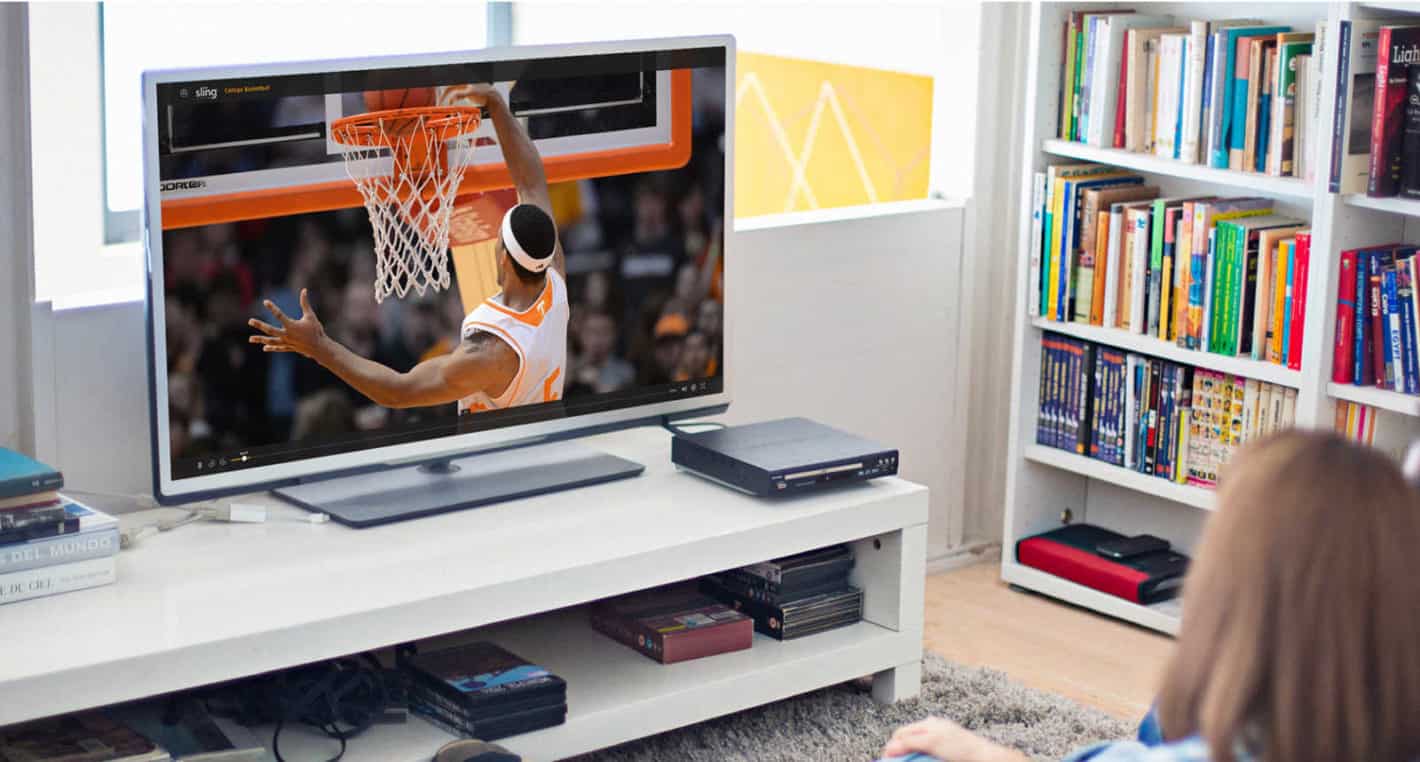 March Madness has already technically begun, with the conference tournaments taking place this week and culminating on Sunday. But the 68-team, NCAA Tournament is set to start next Tuesday, with 67 action-packed games, leading up to the national championship on April 8. If you don't have cable, then Sling TV is going to be the best option for those that want to watch the games.

This year, the games are being broadcast on CBS, TBS, TNT and TruTV. Sling TV has everything except CBS unfortunately. But there is a way around that. Either use an OTA antenna to get CBS, since it is one of the free over-the-air channels. Or download the March Madness app and sign in using Sling. The sign in is only needed for TBS, TNT and TruTV games. So you'll still be able to watch everything.

Sling TV is typically $25 per month for the Sling Blue or Sling Orange plans and then $40 if you get them both. But right now you can get the Sling Blue or Orange for $15 and both for $25. Which is a pretty good deal. For $25, you're getting 55 channels. Now there are a lot of channels missing with Sling TV, but that is because they are in other packages that are extra. This is how Sling TV is so much cheaper than DIRECTV NOW, PlayStation Vue or even YouTube TV.

With the Sports add-on, you do get a number of other channels like ESPNews, ESPN-U, NBA TV and much more. All for just $5 extra per month. So if you are a big sports fanatic, this is going to be a great option.

Sling TV is available on most platforms. This includes Android tablets and smartphones, Android TV, Chromecast, iOS, Apple TV, PlayStation 4, Xbox One, Roku and more. So no matter what platform you have, you're going to be able to watch Sling TV on it. It's actually one of the few that supports Android TV properly, which is rather impressive. Whether you want to watch on your smartphone, your tablet or your TV, Sling TV has  you covered.

This deal is good for a limited time. Essentially you are getting 40-percent off of the regular price for your first three months. After that, it'll go to either $25 or $40 per month, depending on the plan you chose. It's a great way to check out Sling TV, for an extended period of time. Seeing as that seven-day trial is really not a lot of time to check out the service and see how well it actually works for you. Speaking of trying it out, to get this deal, you must skip the free trial. And you also need to be a new customer. If you have signed up before, you can simply use a new email address to sign up.

You can sign up for Sling TV using the link down below. This deal is a limited-time deal, but there's no fine-print anywhere stating when it's going to end, so you'll want to join soon before it's gone.

Sign Up For Sling TV - Sling.com
Advertisement
Trusted By Millions
Independent, Expert Android News You Can Trust, Since 2010
Publishing More Android Than Anyone Else
0
Today
186
This Week
106
This Month
4093
This Year
105570
All Time
Advertisement