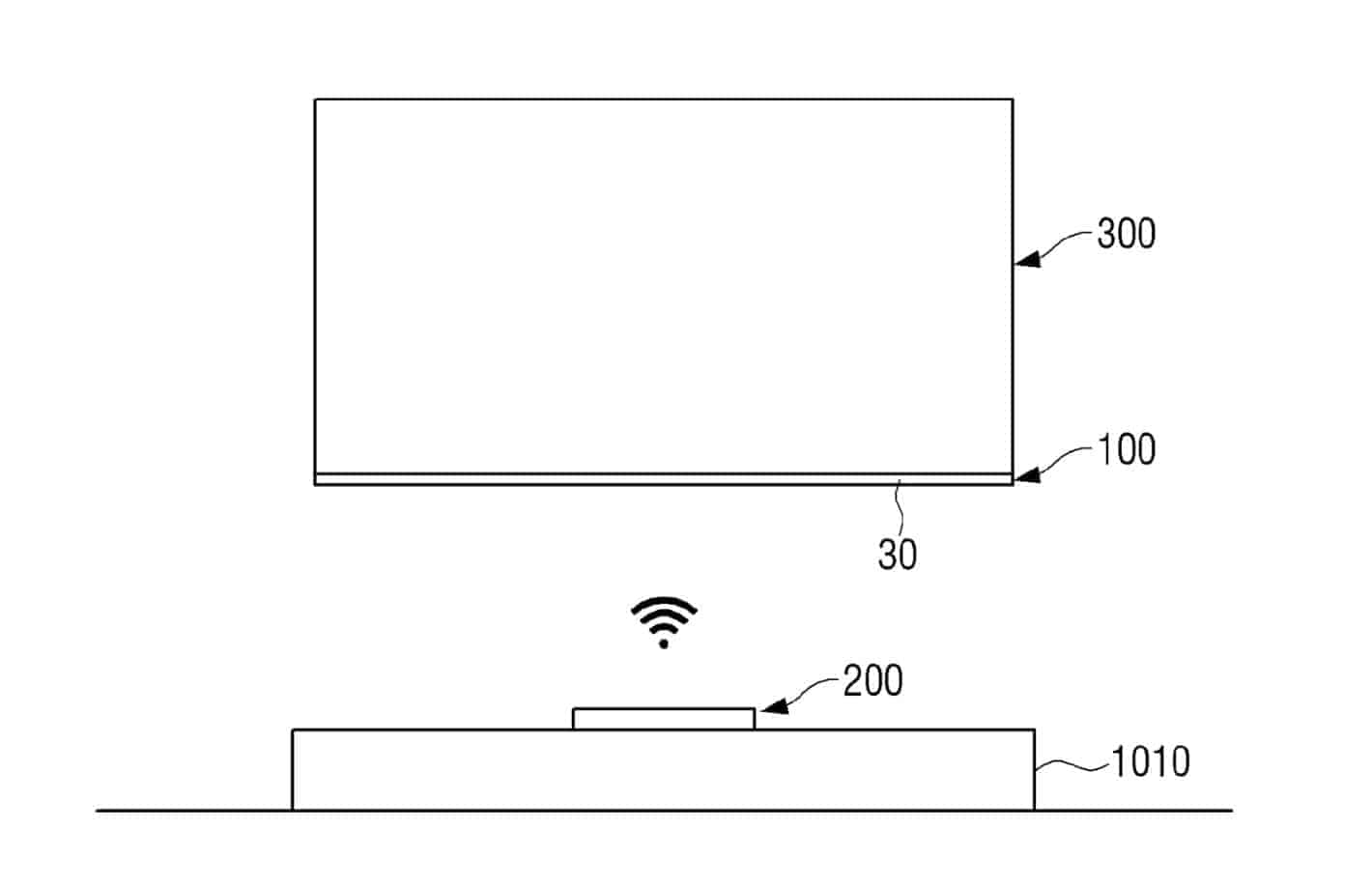 If the dream is to have a totally wireless TV viewing experience, then it would seem Samsung is working on bringing that dream to reality.

A patient recently published by the World Intellectual Property Organization (WIPO) and first spotted by LetsGoDigital, shows Samsung is looking at a TV design that's completely wireless. That is, a TV design that omits even the need to have a cable providing power to the main display unit.

The patent was first filed with the WIPO early in 2018 although it has only recently come to light when the information was made publicly available. The design clearly indicates that Samsung intends to adopt a less-than-typical wireless power solution by adding a separate wireless power receiver to the TV package.

Due to the inherent emphasis on TVs becoming continually thinner, the wireless power receiver is technically a unit in itself which adopts the form of a long bar akin to a soundbar (it even comes with speakers) which utilizes an electromagnetic field approach.

The patient goes on to explain this is necessary due to the more typical coil designs used in wireless chargers being wider than today's TVs. Resulting in the need for a different approach to the design which in this case manifests as a separate box.

In addition, although the electromagnetic field is not massively different to how wireless solutions currently work, the design in use is different in the sense that it assumes a gap between what is effectively the wireless charger and the main device requiring the power. Which raises its own particular issues such as having to account for how much distance between the two separate units is too much.

As the wireless power receiver is stored within a separate box, Samsung does not specifically talk about this as a TV-only solution. A point which alludes to how it could be used in other scenarios as well – whether they be in replace of the TV or in addition to it. Samsung does reference the TV usage heavily enough however, but simply as an example of the current best use case.

Of course, when it comes to Samsung this might not surprise many who follow the South Korean manufacturer's developments as Samsung has become a company that places wireless charging at the core of many of its products.

For example, while Samsung has offered wireless charging for some time with its flagship smartphones, and now also with the new Galaxy S10 series, as well as its smartwatches, it also recently upped the ante further by adding wireless charging support to its Galaxy Buds true wireless earbuds. This is in addition to utilizing PowerShare so owners of the Galaxy Buds can charge their earbuds wirelessly by the Galaxy S10.

Therefore the suggestion Samsung is also now looking at ensuring its wide range of TVs also make use of a similar wireless experience is unlikely to be that surprising.

It is worth noting that patents in themselves are not typically firm indications that a technology or product is coming to market, and so there's no particular guarantee a Samsung-branded true wireless TV will arrive anytime soon, if ever.

Although, it would seem ever more likely now if Samsung is actively working on a solution like this