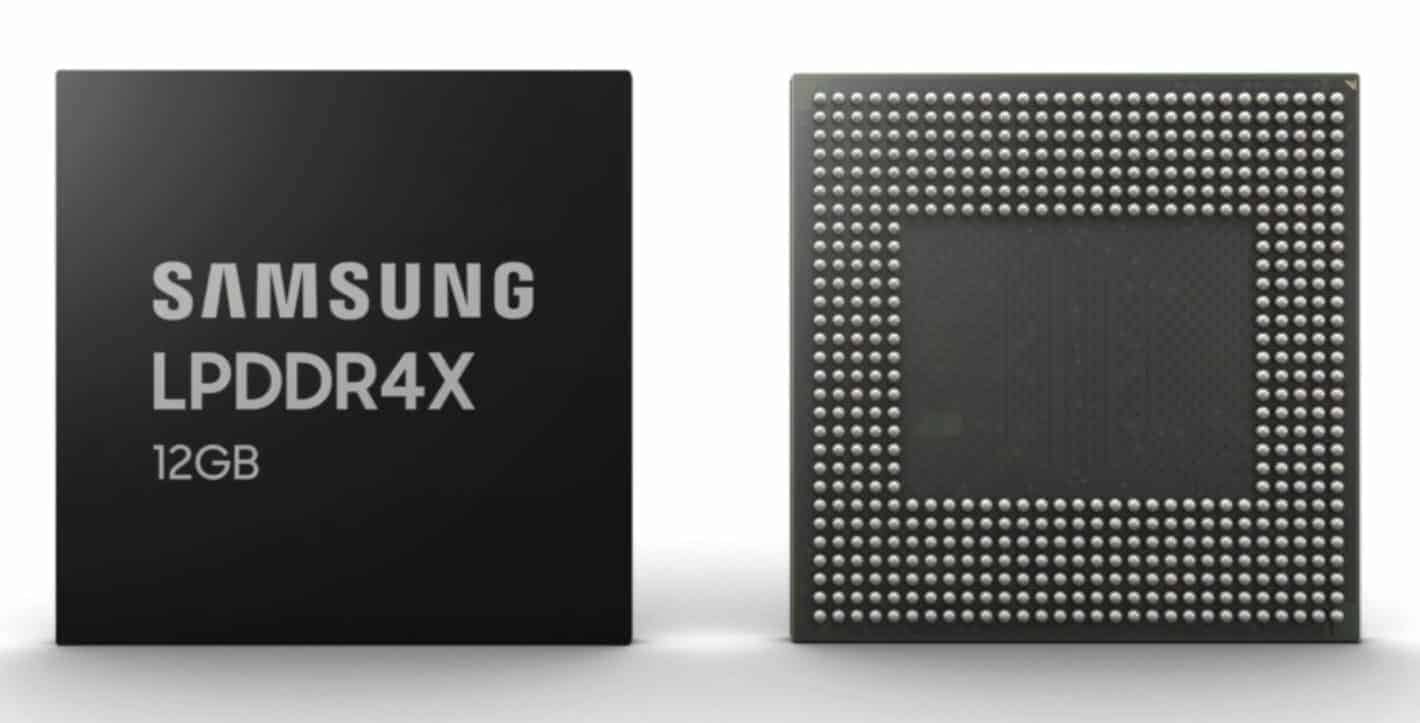 Samsung started the flow production of its seminal LPDDR4X modules featuring 12GB of RAM, the company announced Thursday. The chips in question are an industry first signaling the start of a new era of (Android) smartphones designed for a no-compromise approach to multitasking, productivity tasks, and entertainment, particularly gaming.

Samsung's new tech also been optimized for 5G and allows for a combined local data transfer rate of up to 34.1GB per second. The Seoul, South Korea-based juggernaut is also expected to drop the prices of its sub-12GB portfolio,

The good news is that Samsung now sees 4GB of LPDD4X RAM as an entry-level option and many of its future devices should be easier to identify because of that. The top variant of the (non-5G) Galaxy S10+ announced earlier this month uses the Samsung-made 12GB RAM chip that now entered mass production and has already been spotted dominating unofficial benchmarks.

Samsung's breakthrough comes at a time when device vendors such as OnePlus, HMD Global (Nokia Mobile), and Huawei's Honor are pushing the limits of what value-oriented handsets are capable of, delivering gadgets with top-of-the-line chips at a significantly lower price than what's usually demanded for such hardware from household names like Samsung and LG.

If system-on-chip diversification isn't as effective as it used to be, the RAM one should do the trick, especially when it comes to such seemingly overkill capacities. Figures can be misleading, though, and that's precisely what's the case here, but not in the sense that Samsung isn't delivering what's advertised. Instead, the company's first 12GB module should serve as ample evidence that arguments about "too much RAM" are completely frivolous.

While that may hold true for some less efficient platforms — we won't name any in particular but let's just say there's this OS whose name starts with a "W" and ends with "-indows" — Android can usually leverage more RAM regardless of what kind of hardware is sporting. In a scenario wherein a regular daily driver with 50+ apps is examined, the dream goal is to have all of its apps running in RAM, hence opening instantly.

As apps get more power-hungry in order to take advantage of better hardware, it's extremely unlikely there will ever come a point whereat any single Android handset ships with what can objectively be described as "too much RAM."

Arguing hypotheticals is entirely different from practical usage, naturally, so it's high time Samsung managed to commercialize its cutting-edge modules as even the first devices shipping with them should greatly contribute to the argument that RAM is something you simply can't get enough of and it's recommendable to always strive for more, even if you don't need it momentarily. Smartphones with RAM capacities of 6GB and above are naturally much more future-proof, i.e. will certainly do a better job at handling apps a few years down the road, assuming they don't break in the meantime for whatever reason.

As for what's next for Samsung, the firm will be ramping up production of its modules in the coming months as many manufacturers are in need of it, having already promised 12GB-RAM handsets to consumers months ago. As for the medium term, Samsung is already angling a move toward LPDDR5X, having already prototyped the standard last year, though that generational change is unlikely to happen prior to 2020.