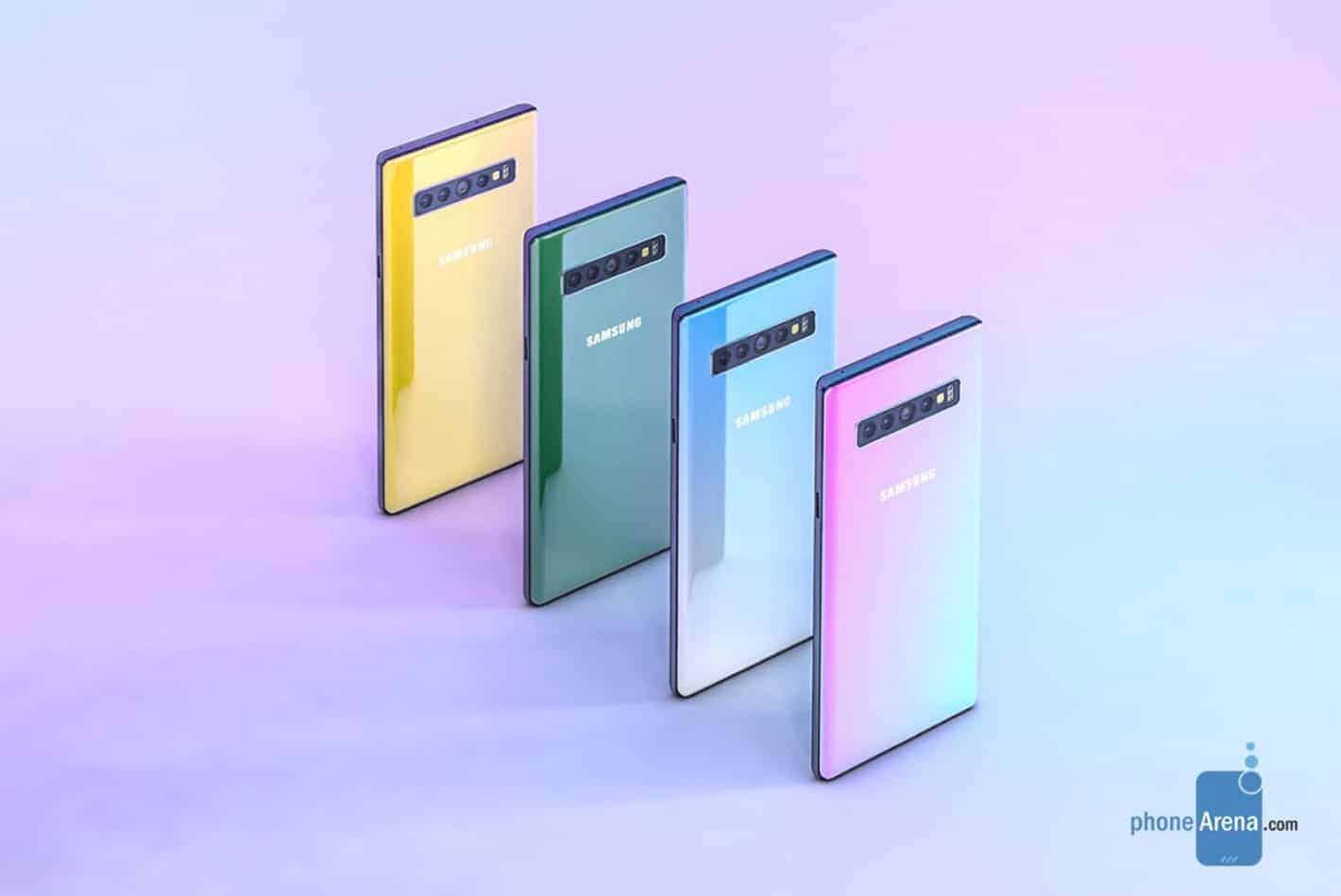 The Samsung Galaxy S10 series is barely starting to ship to customers, yet the Galaxy Note 10 which is supposed to be unveiled in about five months from now has already been subjected to enough rumors to fuel a series of detailed 3D renders published by Phone Arena. This is also thanks to the predictability of upcoming smartphones based on existing technologies and design languages.

The renders at hand are not official, but they are inspired by Samsung’s ongoing design language for the Galaxy S10 series, its Dynamic AMOLED display technology which will likely be transitioned to the Note series later this year, and past rumors.

In several ways, the Galaxy Note 10 might be very similar to the Samsung Galaxy S10 5G which is expected to launch at a later date compared to the LTE-enabled lineup. Not only have Sprint and AT&T hinted that they will carry the 5G-ready Samsung Galaxy Note 10 – thus confirming its network capabilities – but another recent report suggests that the upcoming Note model will be equipped with four rear-facing cameras.

This doesn’t sound far-fetched at all, especially since the Samsung Galaxy S10 5G is already confirmed to feature one additional camera compared to the LTE Galaxy S10+. The 5G model will effectively have the same camera configuration as the Galaxy S10+, with the addition of a Time-of-Flight (ToF) sensor for 3D scanning in real time.

As for the front panel, the Galaxy Note 10 will most likely make use of the same Infinity-O Dynamic AMOLED display as the Galaxy S10 series. Future smartphone models could end up hiding their front-facing cameras behind the display similar to fingerprint-recognition sensors, but this technology won’t be developed in time for the Galaxy Note 10.

What will be interesting to see is just how large the Galaxy Note 10 display will be. An early rumor last year claimed that the phablet will have a 6.66-inch panel, but this would effectively make it smaller than the upcoming Galaxy S10 5G, which sports a 6.7-inch display.

Historically, Samsung’s Galaxy Note series always featured a display larger than the Galaxy S series, so if the OEM will maintain this tradition then the Galaxy Note 10 might even break the 7-inch barrier. Otherwise, size will no longer be a differentiating factor between the two lineups, and the main focus will remain the S-Pen stylus and accompanying productivity tools.

And speaking of the S-Pen, this too could evolve in interesting ways from last year. The Galaxy Note 9 stylus introduced a shutter button for remote photography. Meanwhile, a patent application discovered last month revealed that Samsung has considered equipping the S-Pen with its own camera, which would effectively allow for superior optical zoom. But the patent application is in no way confirmation that the next-gen stylus will offer this feature.

The upcoming Galaxy Note model is expected to be unveiled in August around IFA, following Samsung’s usual yearly launch schedule. The Galaxy S10 5G should release this summer, and the OEM’s first entry in the emerging foldable smartphone segment is expected to launch next month.