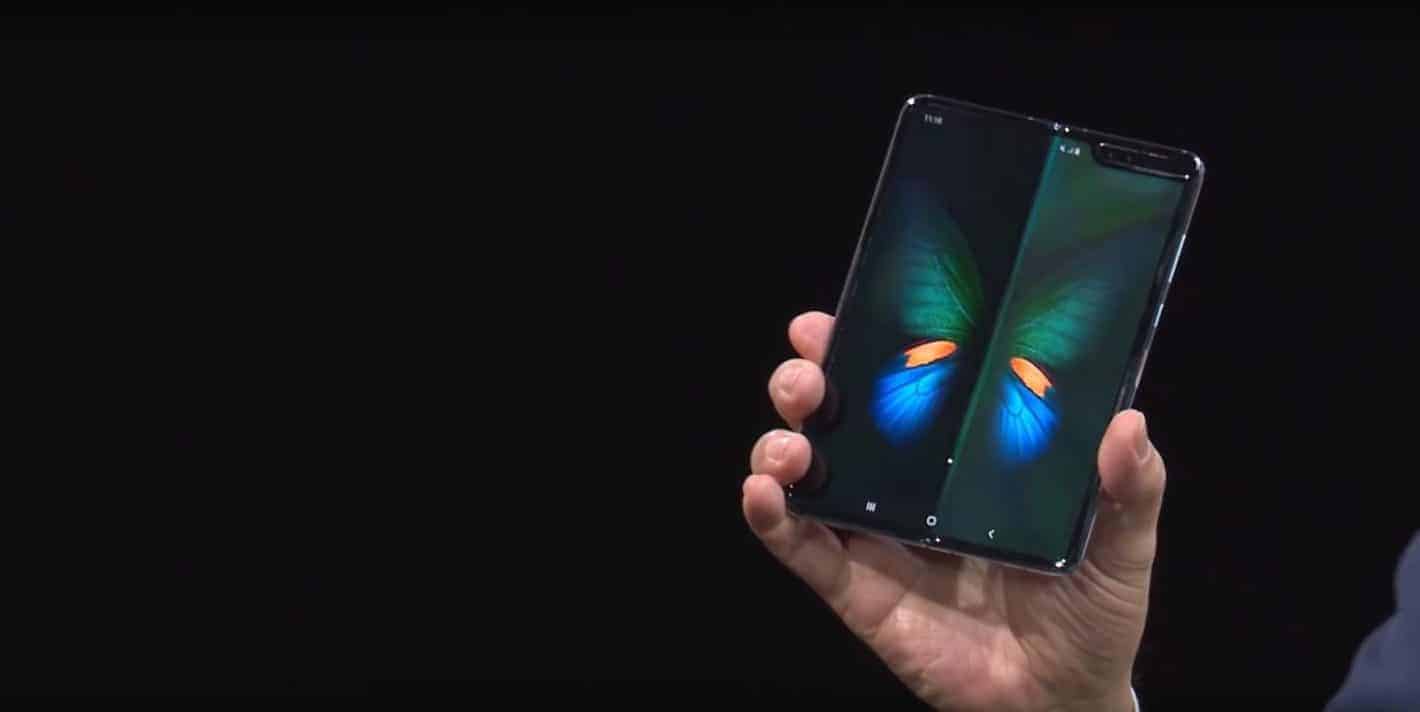 The Samsung Galaxy Fold will apparently offer eSIM support, according to a leaked YouTube video passed along by XDA-Developers, demonstrating the eSIM registration process on the AT&T variant identified by model number F900U. This should be a welcomed feature but in another train of thought, the video also highlights what might be one of the biggest flaws of the Galaxy Fold, namely the foldable screen itself…

This is the first unofficial hands-on video depicting the Galaxy Fold close-up from this angle, and while the video is focusing on the eSIM registration process, it also reveals that the foldable screen employed by Samsung’s “luxury” device has a visible crease running across the middle.

This poses a few questions regarding the panel’s quality and/or durability. Will this crease get worse as the device will be folded and unfolded by users countless times? Will this crease negatively affect image quality in terms of pixel brightness and color reproduction? Only time will tell, but judging by the default wallpapers picked by the OEM for the Galaxy Fold, Samsung might be aware of this issue and might want to hide it in every way possible.

If this is not a special case and all of the Galaxy Fold units will look the same, it may be that Samsung has so far been unable to create a perfectly flat screen surface for the “tablet” mode of operation.

The leaked video prompted us to go back to the official Unpacked announcement at the moment DJ Koh presented the device to the world, and study the phone frame-by-frame. As shown in the featured image above and gallery below, we found that the same crease is visible (albeit only briefly) on the unit demonstrated by DJ Koh himself, indicating that this is more of a general issue surrounding the device.

On one hand, the phone shown on stage may have been a pre-production unit and the crease could be less of an issue once the device will hit the shelves next month. On the other hand, this could be wishful thinking and the problem might affect every Galaxy Fold unit planned for release.

This flaw in design could be a result of Samsung’s decision to fit the flexible screen on the inside of the phone, thus leading to a narrower radius of curvature around the hinge portion, which might put more stress on the panel. So far this flaw hasn’t been observed on the Huawei Mate X whose flexible screen wraps around the outside, so it’s unclear whether this issue affects the first generation of commercially-available flexible panels manufactured by every supplier, or if it’s an issue concerning Samsung Display in particular.

On the bright side, there is eSIM support

The inclusion of eSIM support comes as a surprise especially since Samsung didn’t mention this feature when the Galaxy Fold was officially announced at its Unpacked event last month. More so considering the fact that the Samsung Galaxy S10 series lacks eSIM support altogether.

It’s unclear why Samsung chose not to mention this feature last month but the leaked video at hand now confirms (at around the 1-minute mark) another exciting characteristic seemingly employed by the premium foldable device.

While it has existed for several years now, eSIM (embedded SIM) is viewed as a GSMA global specification for the next generation of mobile and connected devices, and so far it has been employed by a number of smartphones including the Google Pixel 2 and Pixel 3 as well as various smartwatches.

The addition of an eSIM will allow Galaxy Fold owners to switch between network operators supporting the technology without the need of replacing a physical SIM card, thus offering a more streamlined experience and higher security. In other cases where network operators don’t support the standard, the Galaxy Fold can connect via a more traditional nano-SIM card.

In the United States, the list of carriers supporting eSIM includes AT&T and T-Mobile which have confirmed they will offer the device, as well as Verizon Wireless who so far has remained quiet regarding its plans for the phone. In Canada, five major carriers including Bell, Rogers, Virgin, Fido, and Lucky Mobile support eSIM technology, while in the UK only EE does.

The Samsung Galaxy Fold is expected to make its market debut on April 26, at least in South Korea and the U.S. where it will have a launch price of $1,980. 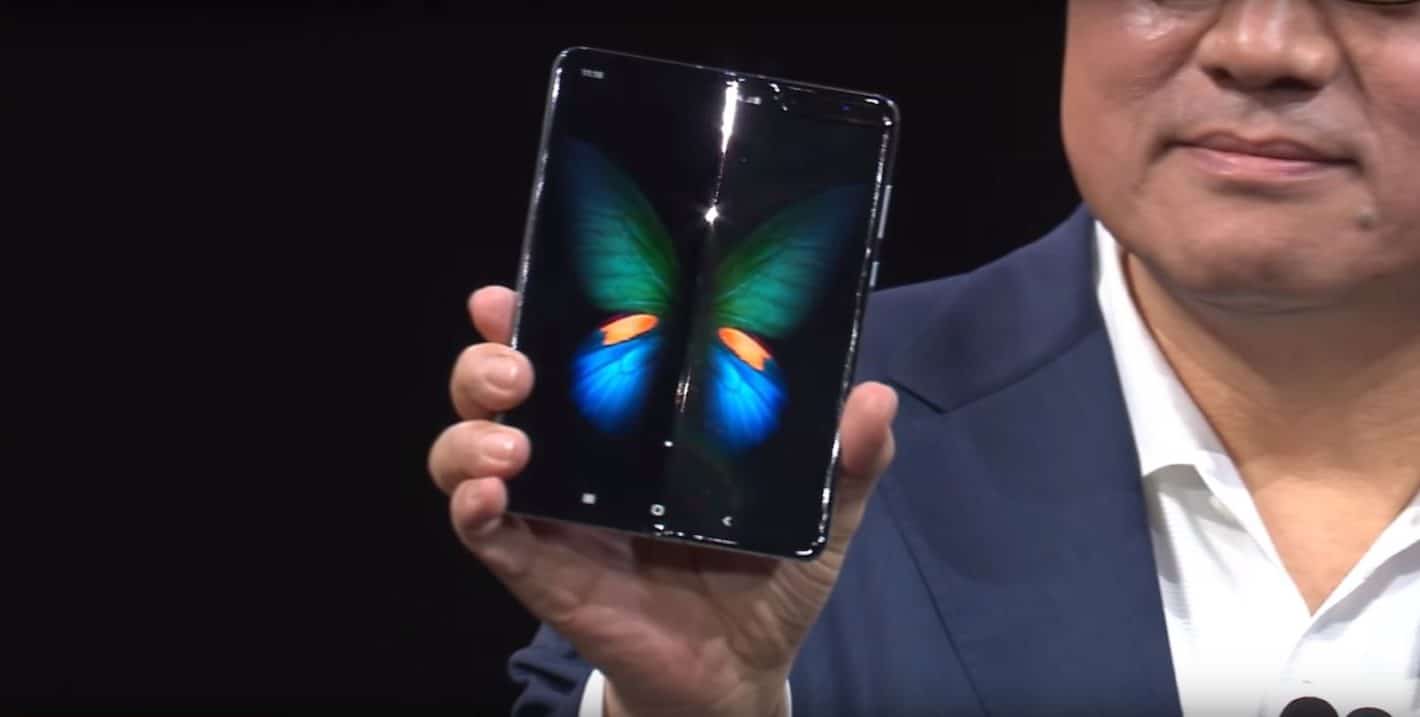 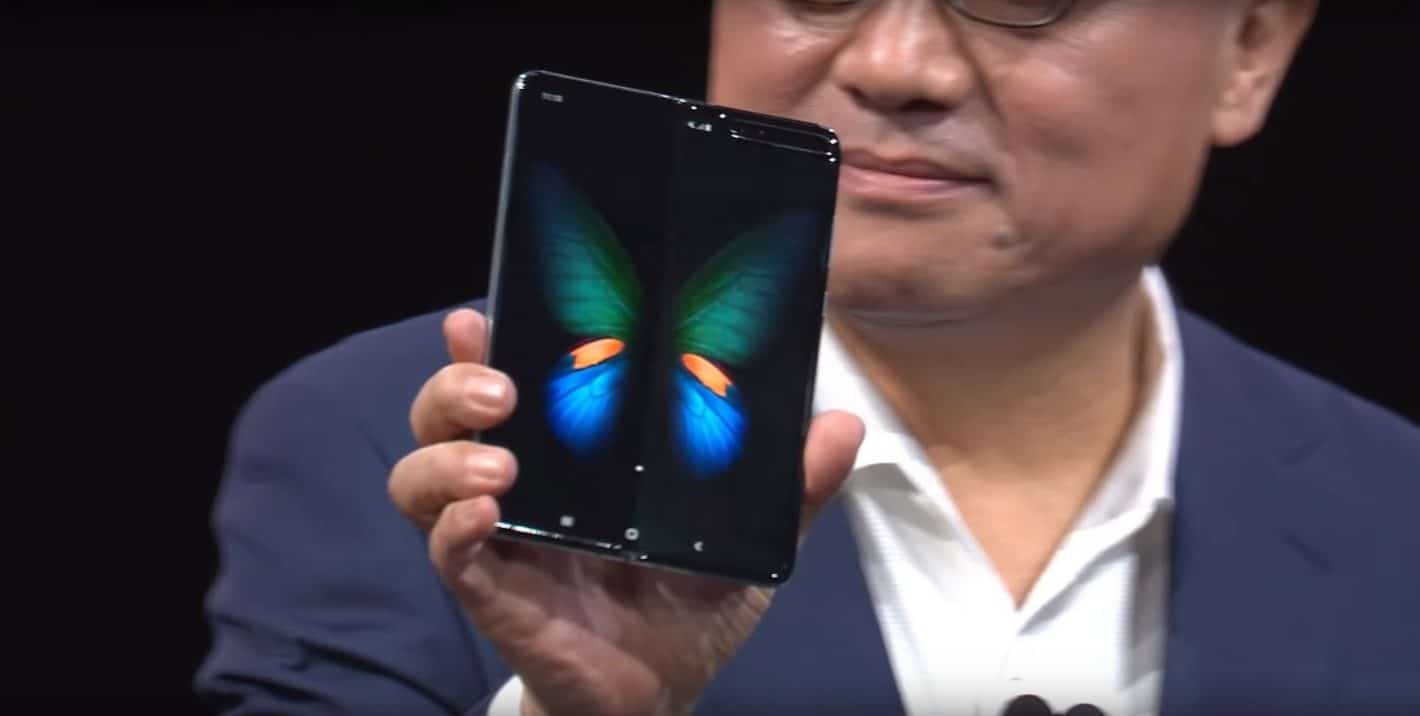 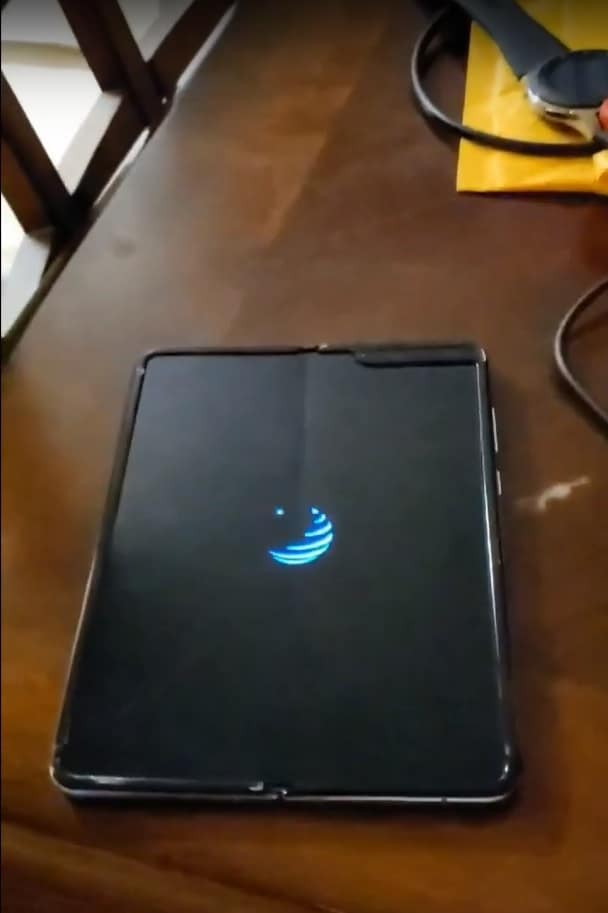 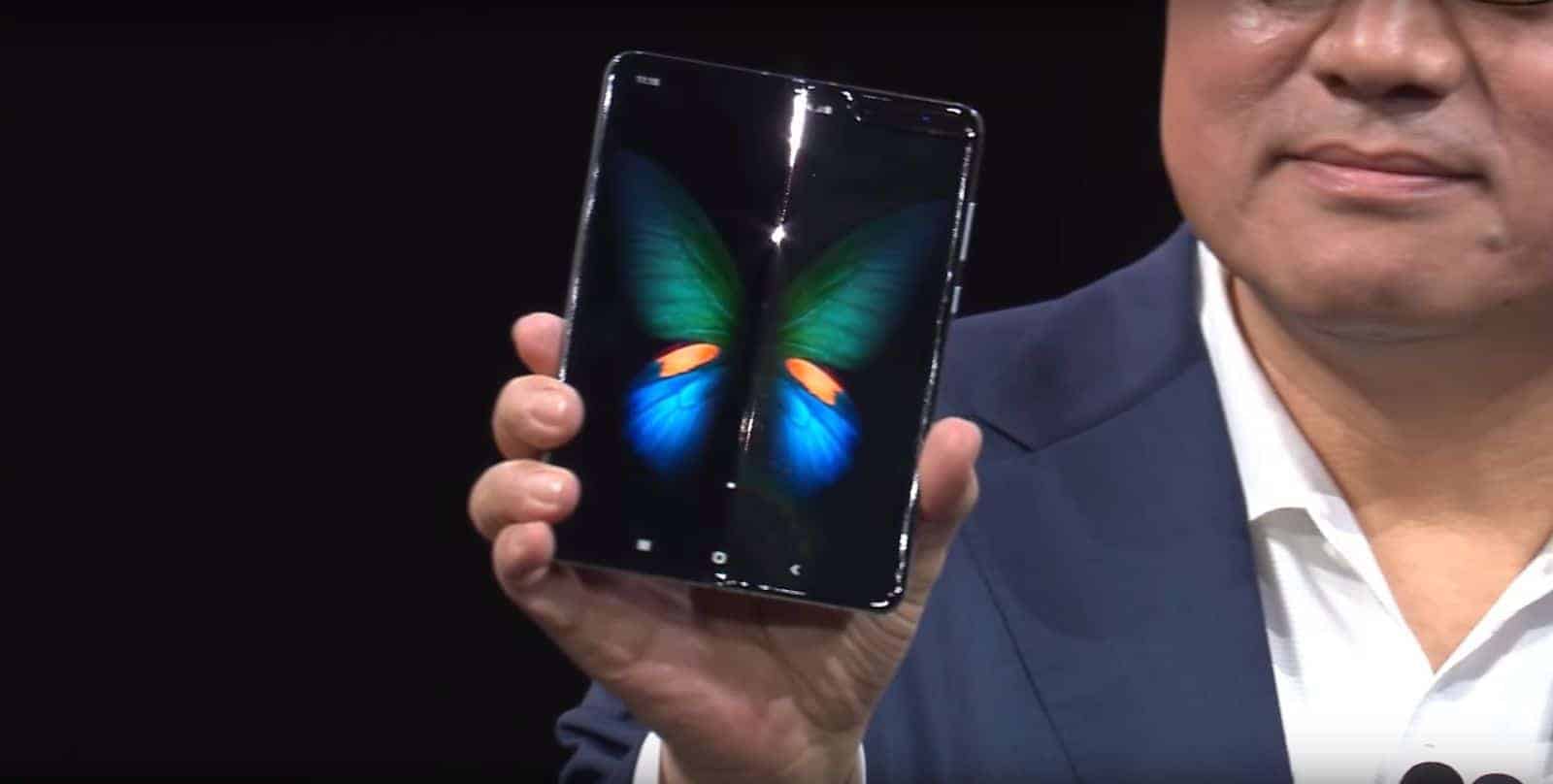 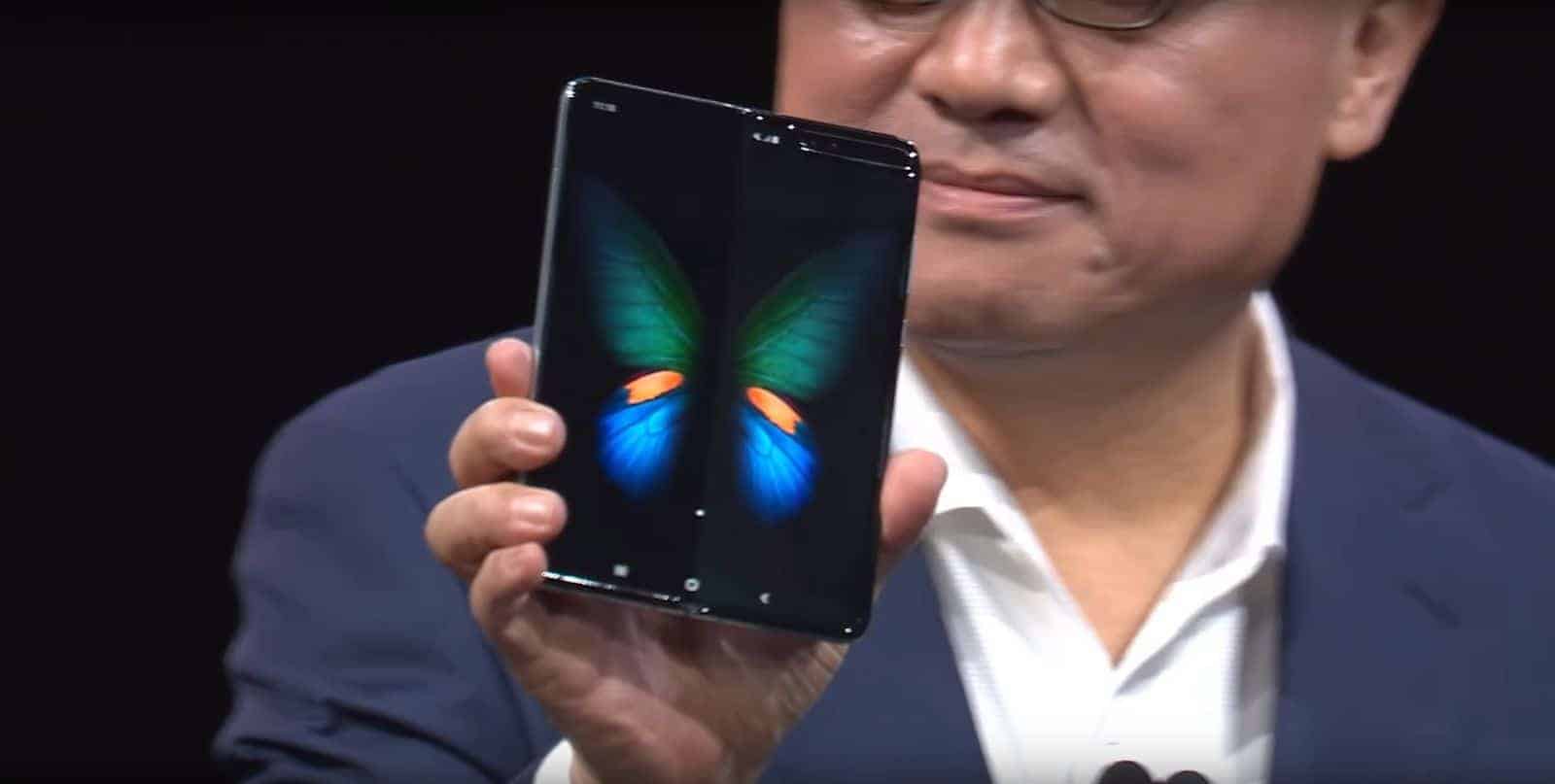