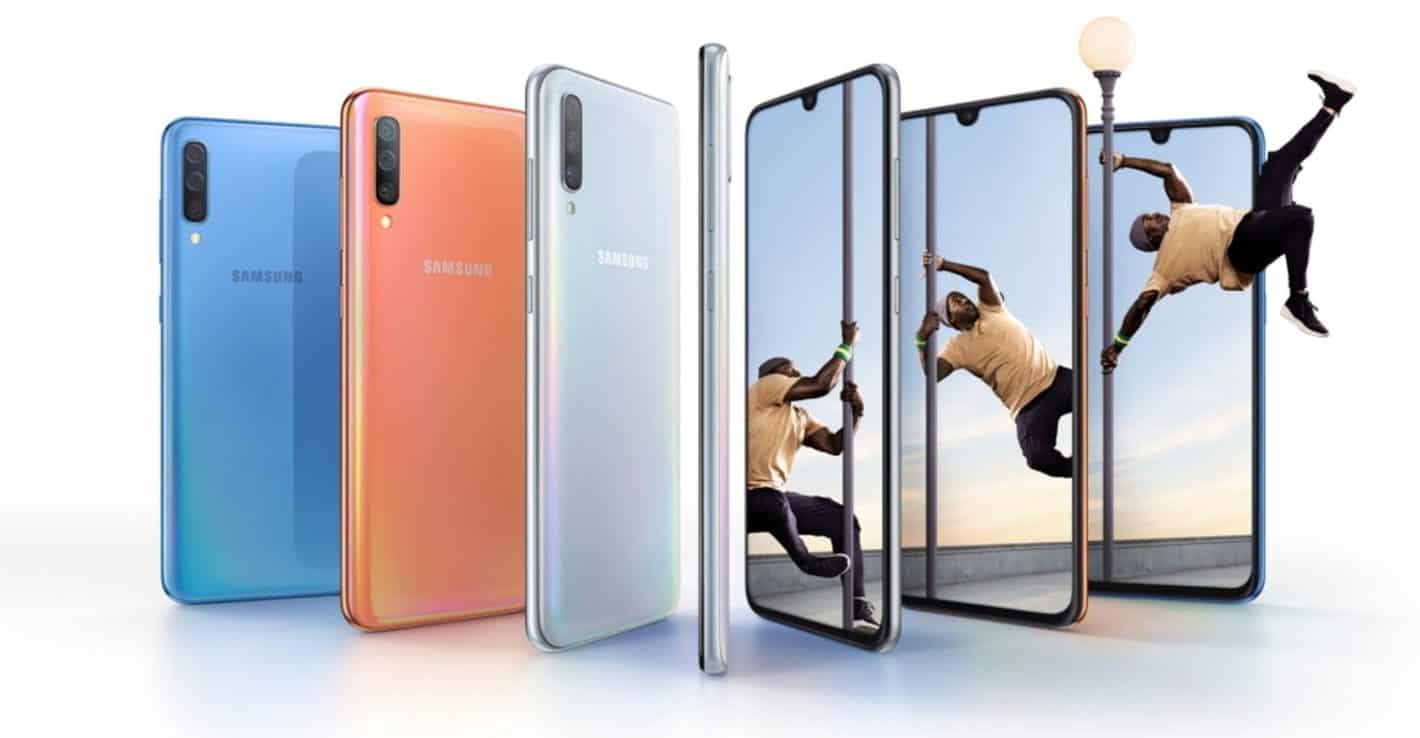 Samsung continues to expand its mid-range smartphone portfolio and today the OEM officially announced another device in the Galaxy A series, namely the Samsung Galaxy A70 which was spotted at the Wi-Fi Alliance not long ago.

It’s the second model in the rebranded lineup to carry an in-display fingerprint sensor and the OEM has it pegged as a smartphone designed for the “emerging generation” of consumers who “stay connected longer” which might be another way of saying that that it’s powered by a generous 4,500mAh battery boasting 25W super-fast charging.

The Samsung Galaxy A70 is equipped with a fairly large display verging on the 7-inch tablet category. By size alone, the device is a “phablet” through and through. The 6.7-inch Super AMOLED panel has a pixel count of 2,400 by 1,080 and a tall 20:9 image format. It’s based on the Infinity-U design language, meaning it has a U-shaped notch at the top carrying a 32-megapixel selfie camera providing facial recognition as a secondary authentication method alongside the in-display fingerprint scanner.

The rear panel accommodates a three-camera combo comprising a 32-megapixel unit with an f1.7 aperture, a secondary ultra wide 8-megapixel shooter with a 123-degree field of view and an f2.2 aperture, as well as a 5-megapixel depth sensor.

On the software side, the camera array takes advantage of Flaw Detection which is a feature capable of identifying issues with photos before snapping them. Likewise, there is Scene Optimizer, i.e., a camera feature that can automatically detect scenes and apply one of twenty different modes according to the subject matter. This includes portraits, landscapes, mountains, flowers, sunrises and sunsets, indoor scenes and more.

Other specs, no more removable battery

The Samsung Galaxy A70 follows what the OEM calls a “3D Glasstic” design language, or what the industry generally calls a “glass sandwich design.” From the perspective of repairability, this means that the device can be disassembled by removing the rear glass panel using prying tools and suction cups, and to the end user this means that the generous 4,500mAh battery is not swappable – a characteristic that seems to be phased out by the tech giant.

Other details pertaining to the device include an unspecified octa-core processor, but the OEM reveals that the unit will launch in two main configurations featuring 6GB and 8GB of RAM. Both models seemingly support dual SIMs and feature 128GB of internal storage expandable by up to 512GB via a dedicated microSD slot.

The Samsung Galaxy A70 runs Android 9 Pie and the OS is covered by the proprietary One UI which should help with one-handed usability especially given the large display. Samsung Health is also on-board even though the smartphone does not feature a built-in heart rate monitor like Samsung’s flagship phones have done over the past few years.

The OEM mentions Samsung Pay which means that the smartphone should have NFC capabilities, but this is a market-dependent feature and might not be available in every region where the device will be released.

As to when and where it will be launched, Samsung will share more details on the matters at the upcoming “A Galaxy Event” scheduled for April 10. The smartphone will be available in four different colors including Black, Blue, Coral, and White. 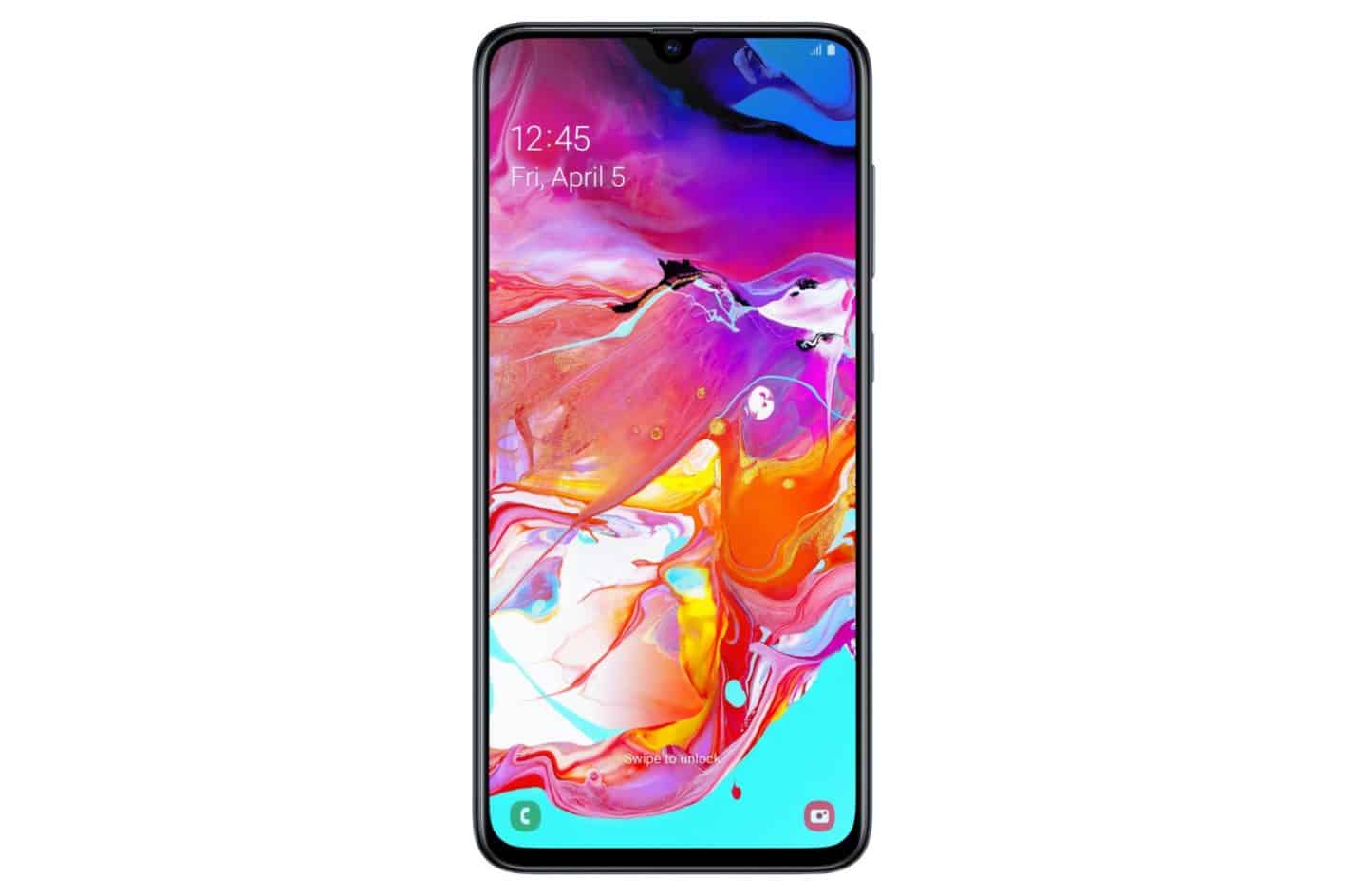 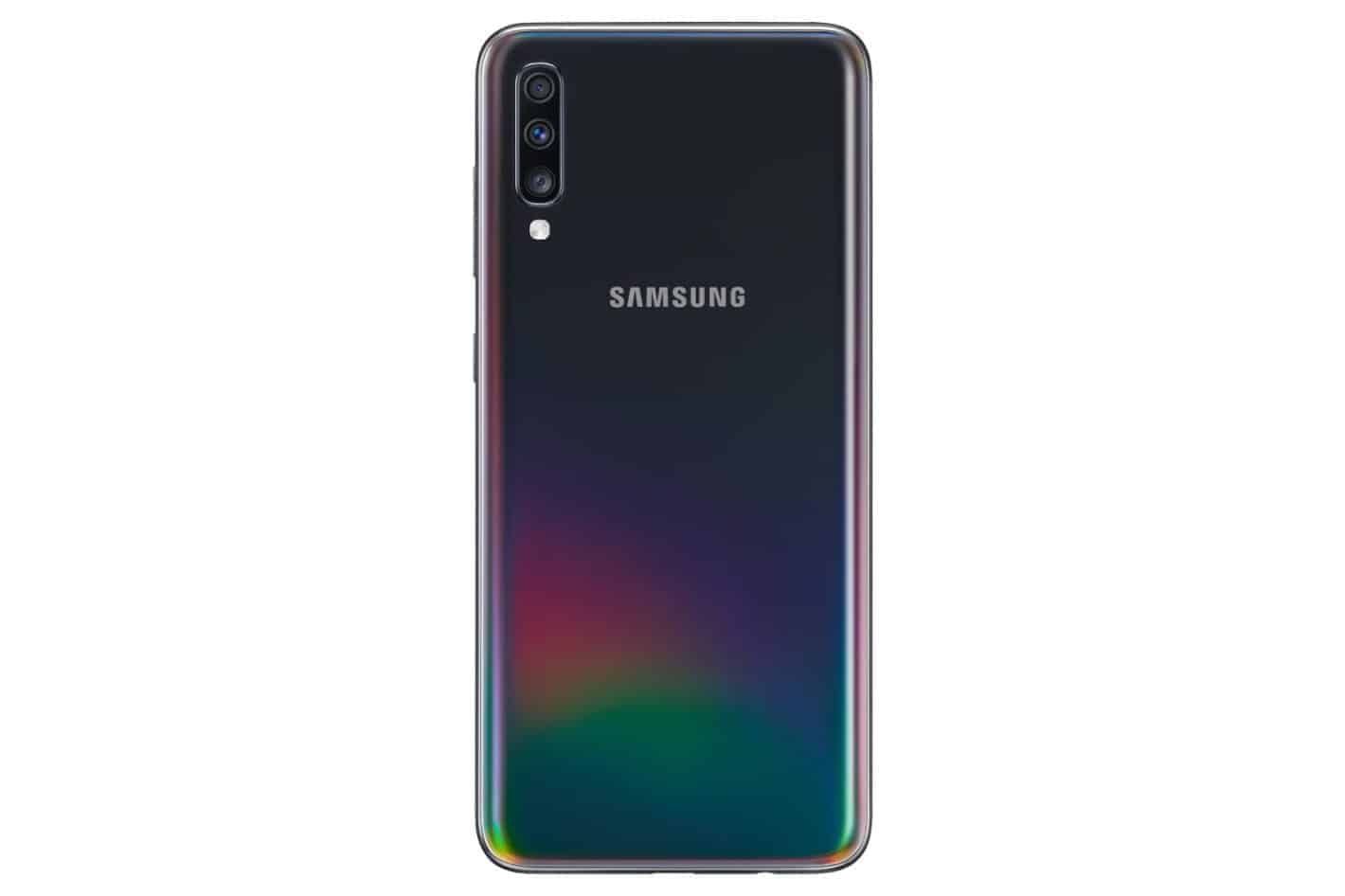 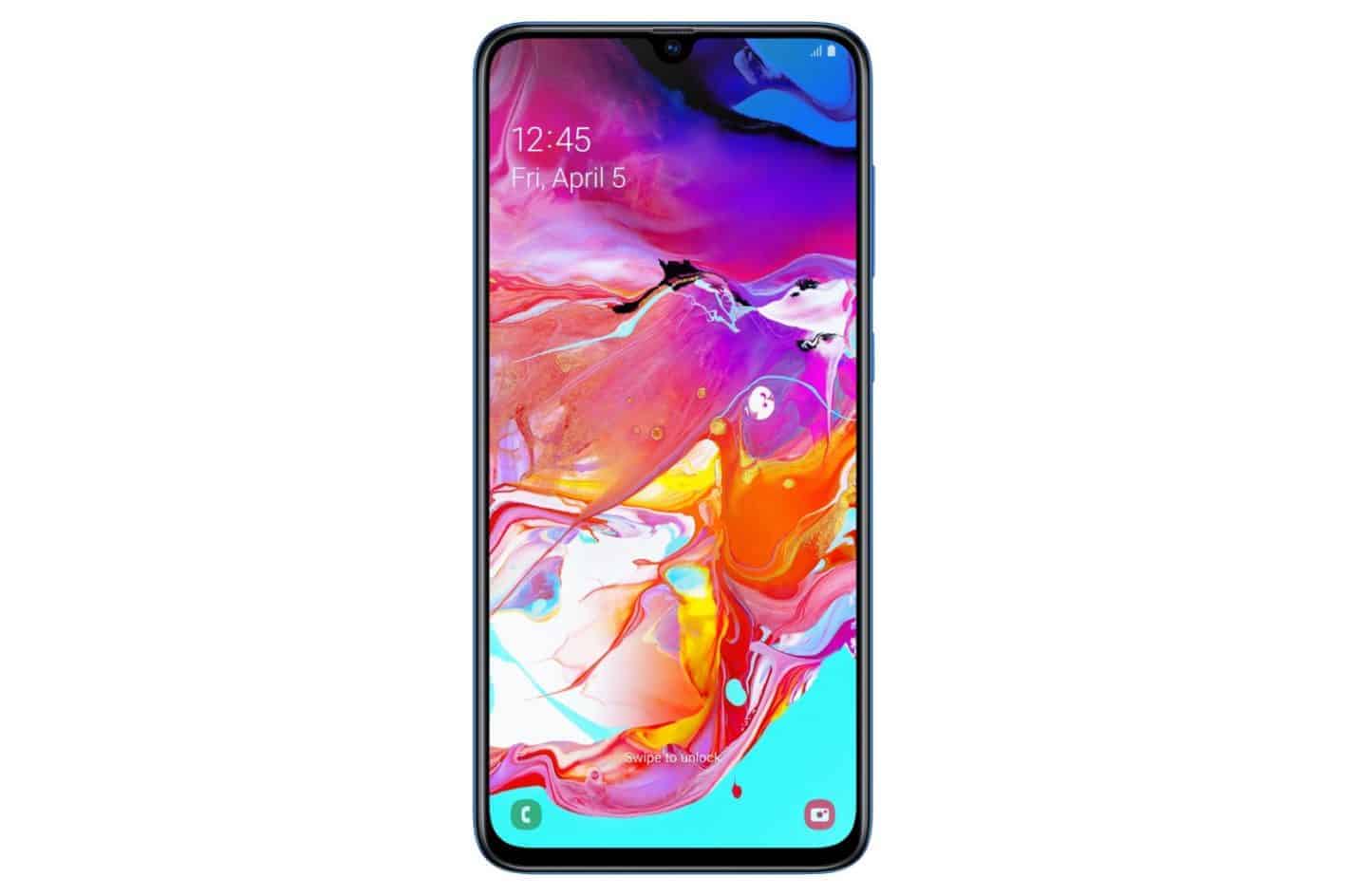 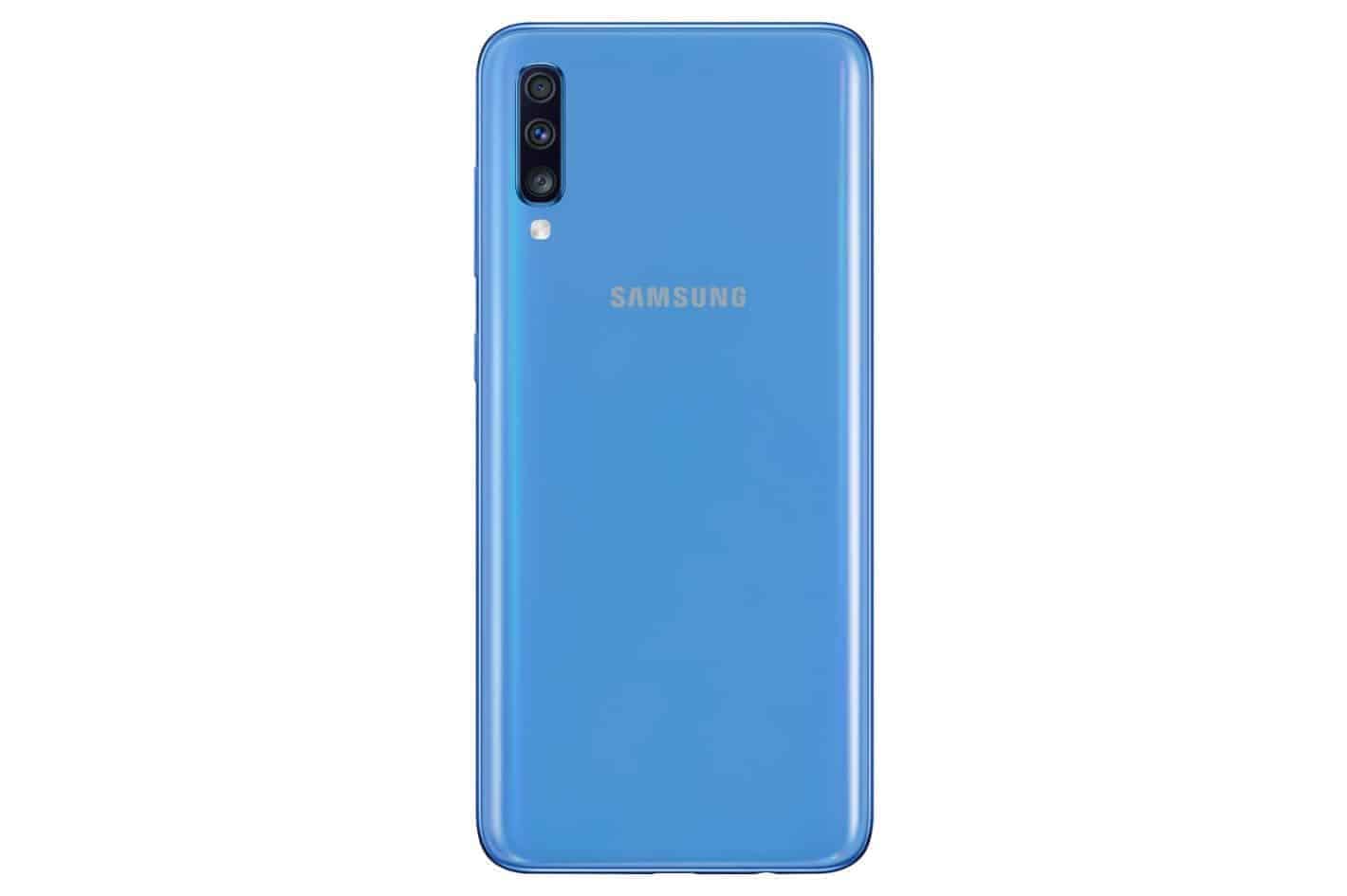 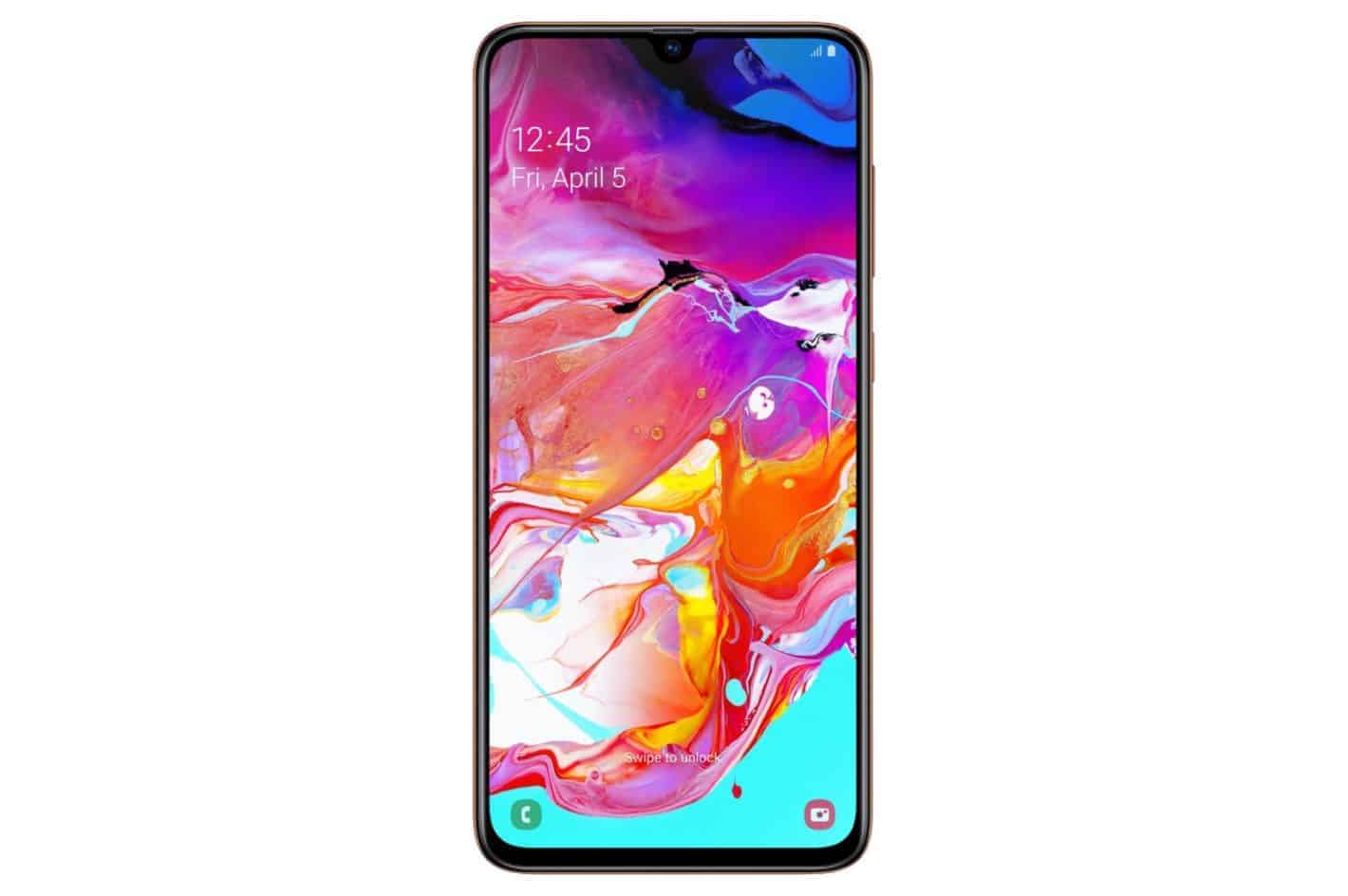 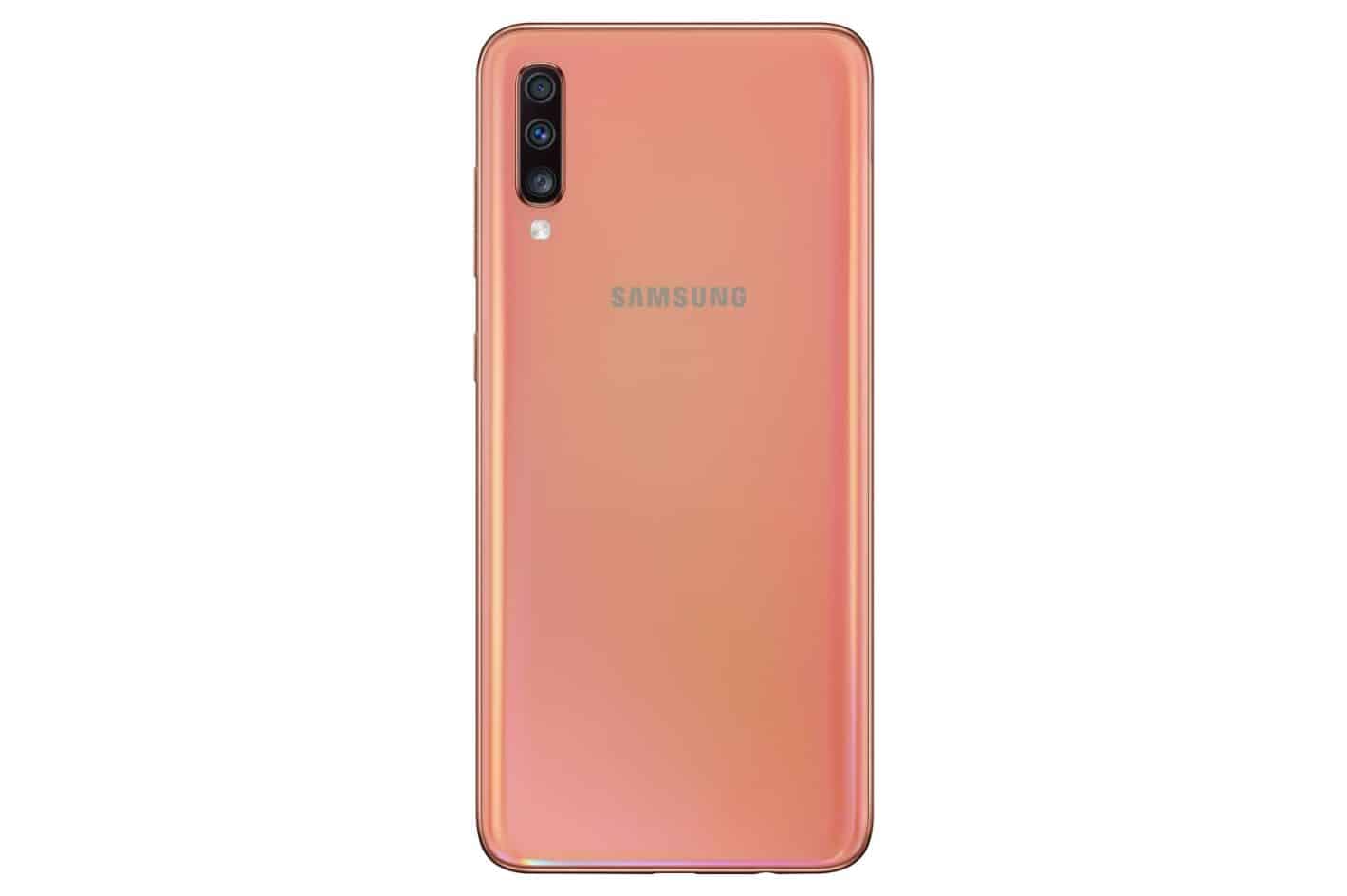 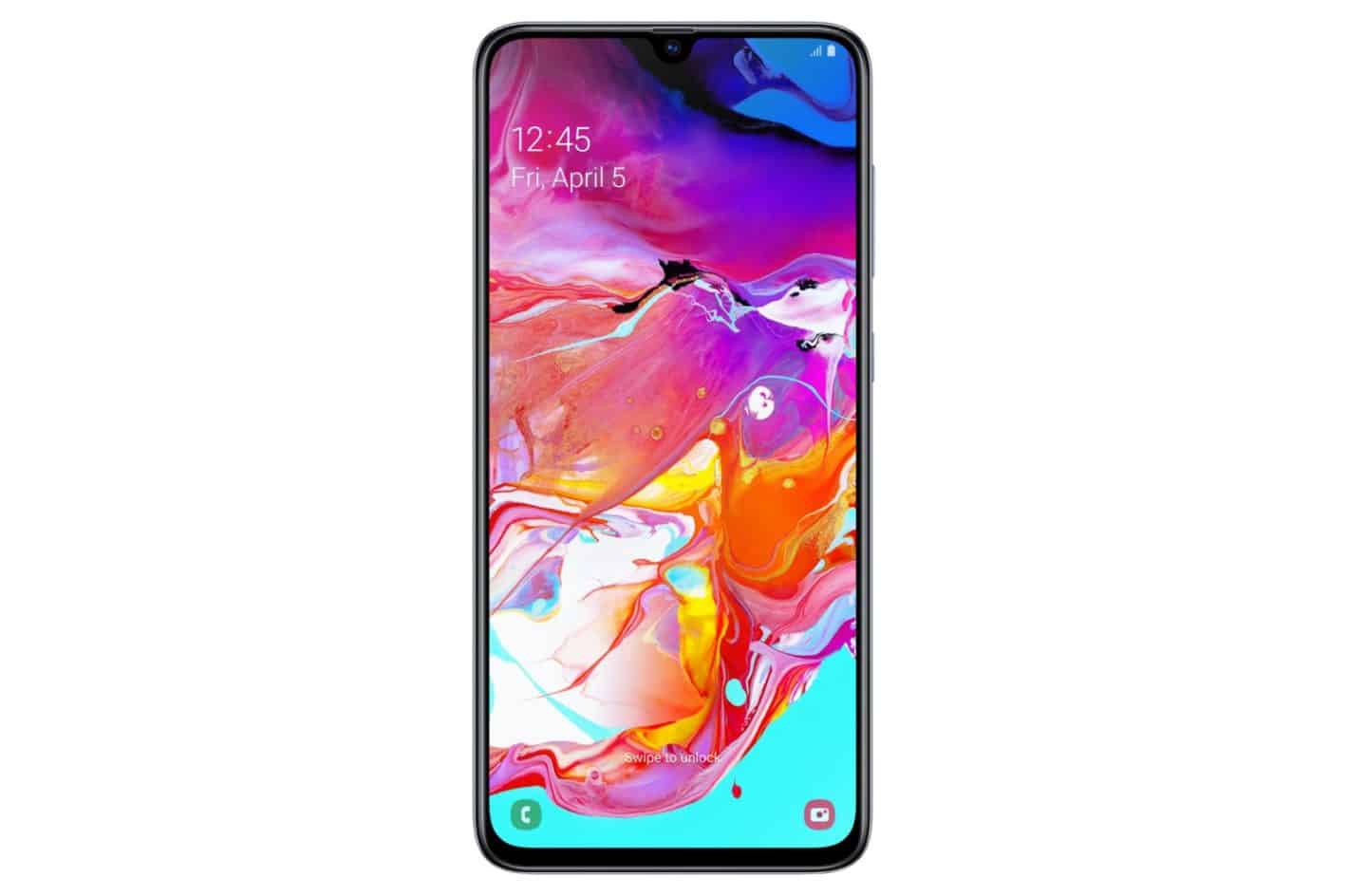 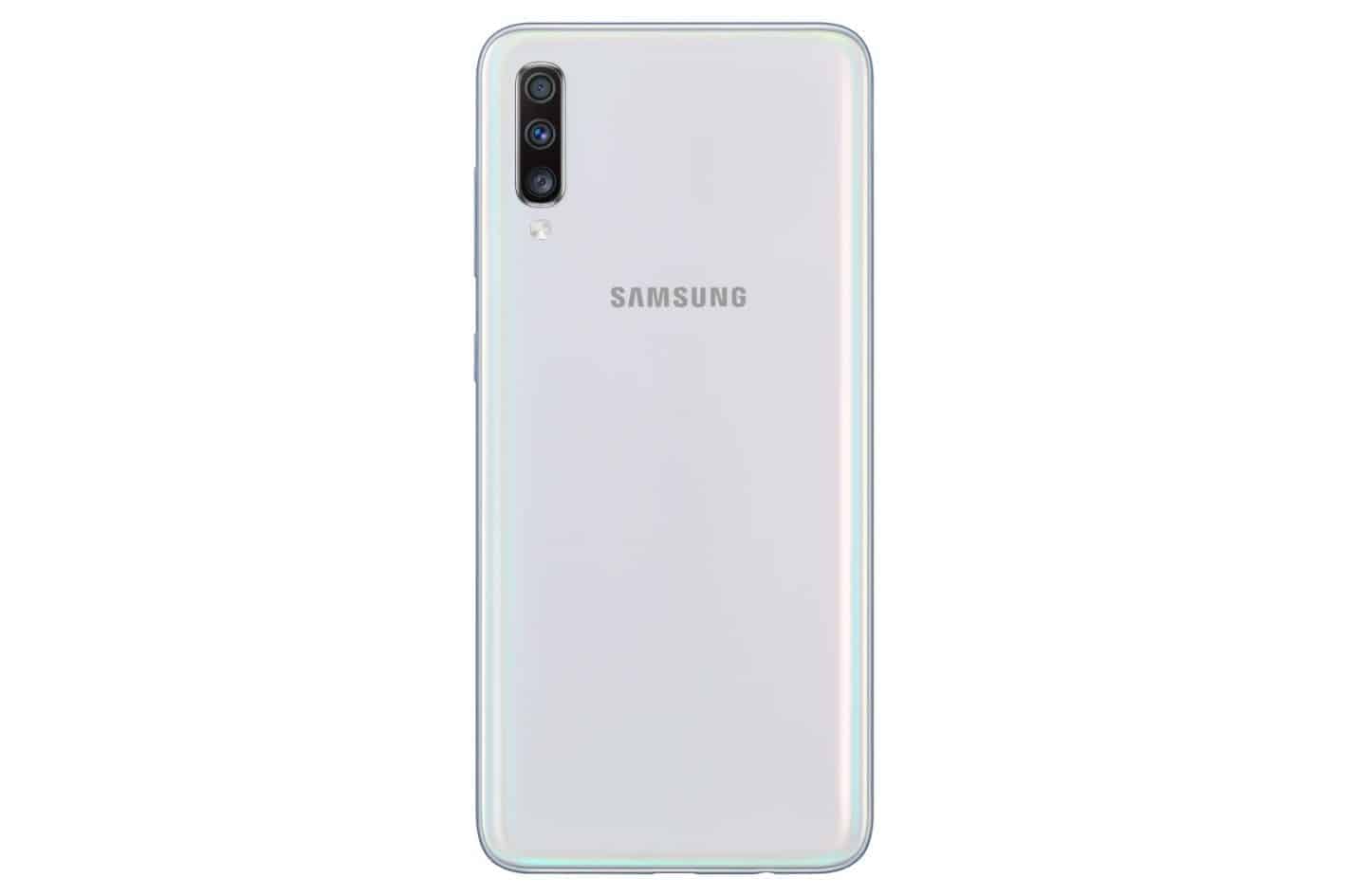 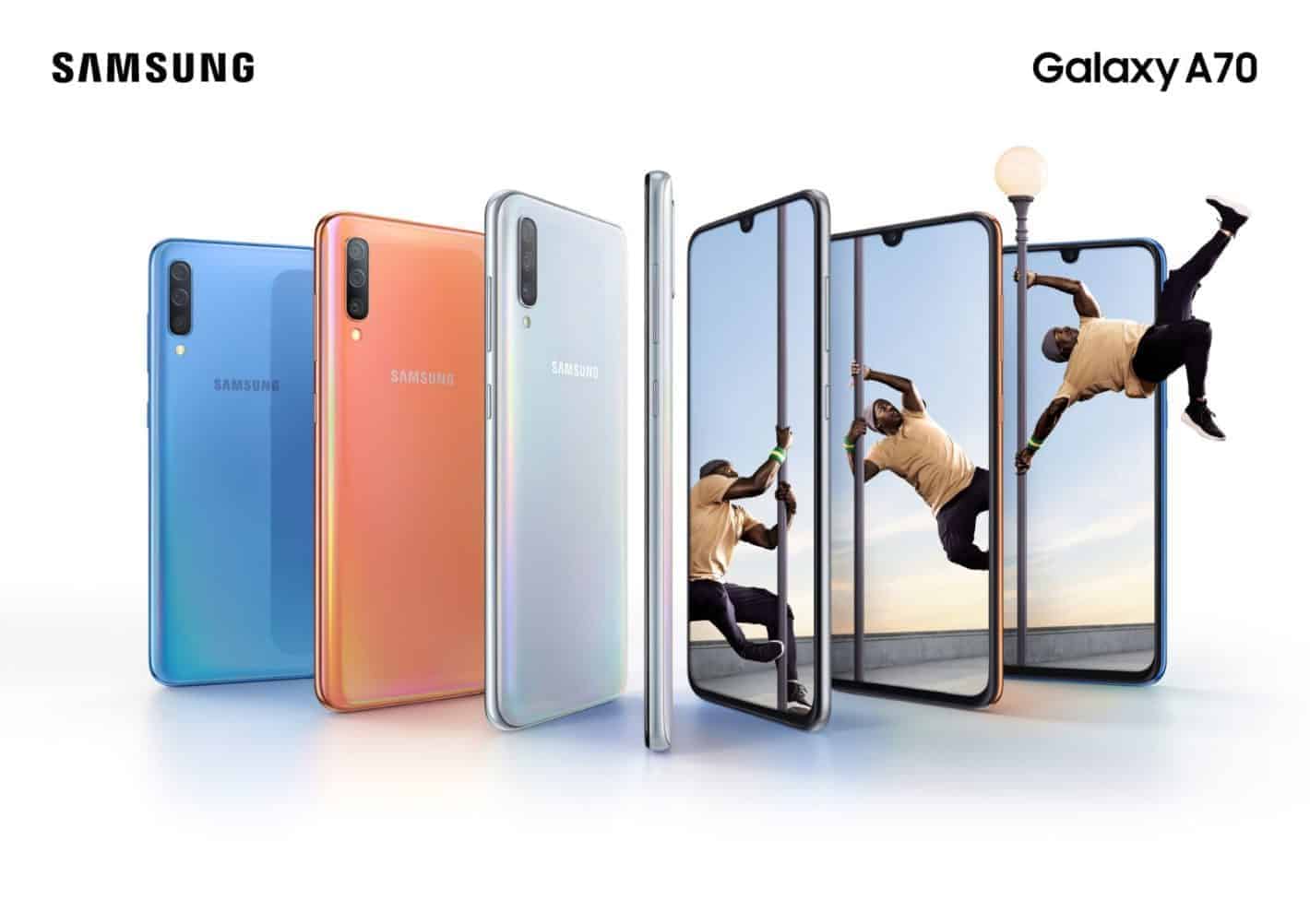 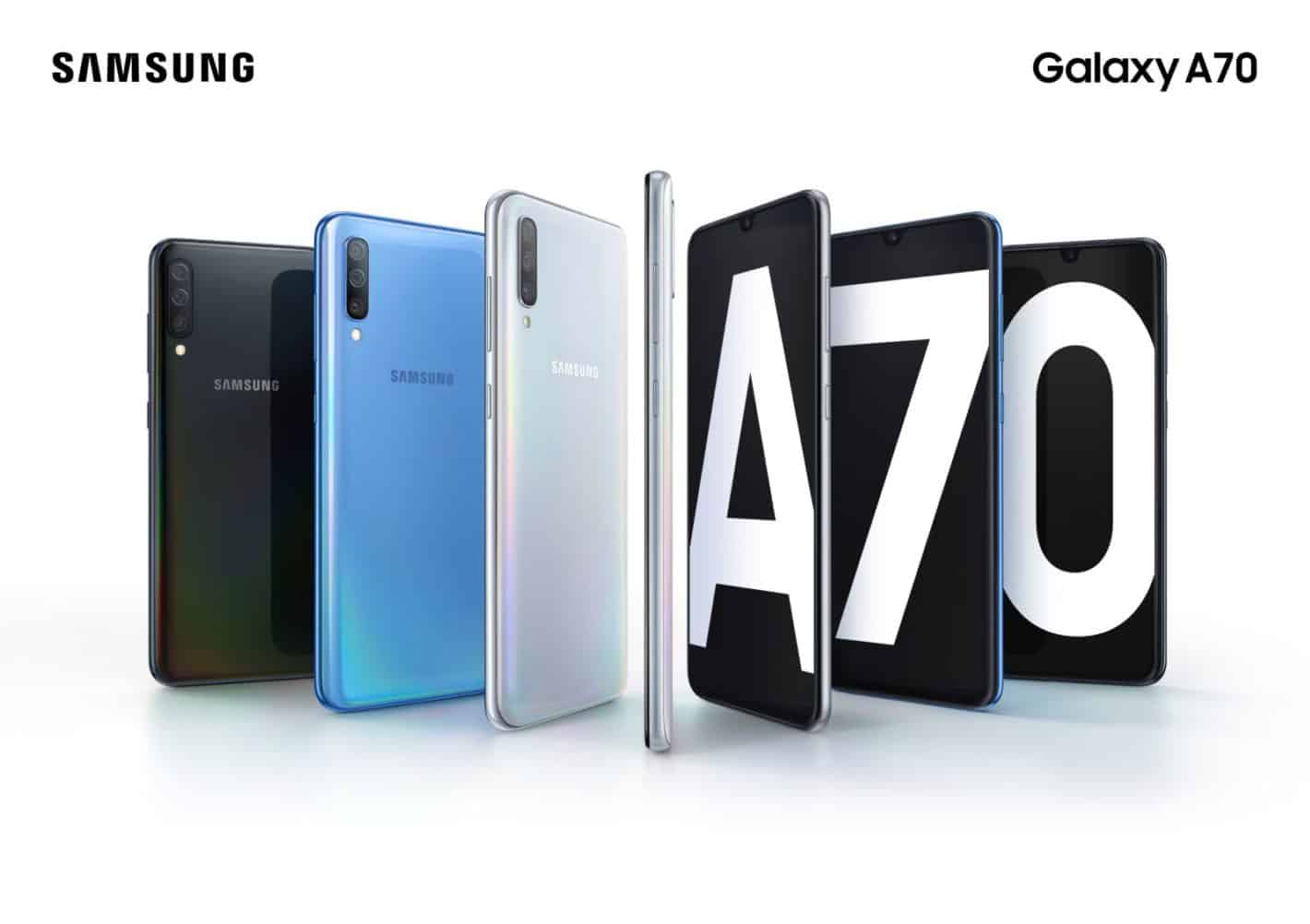 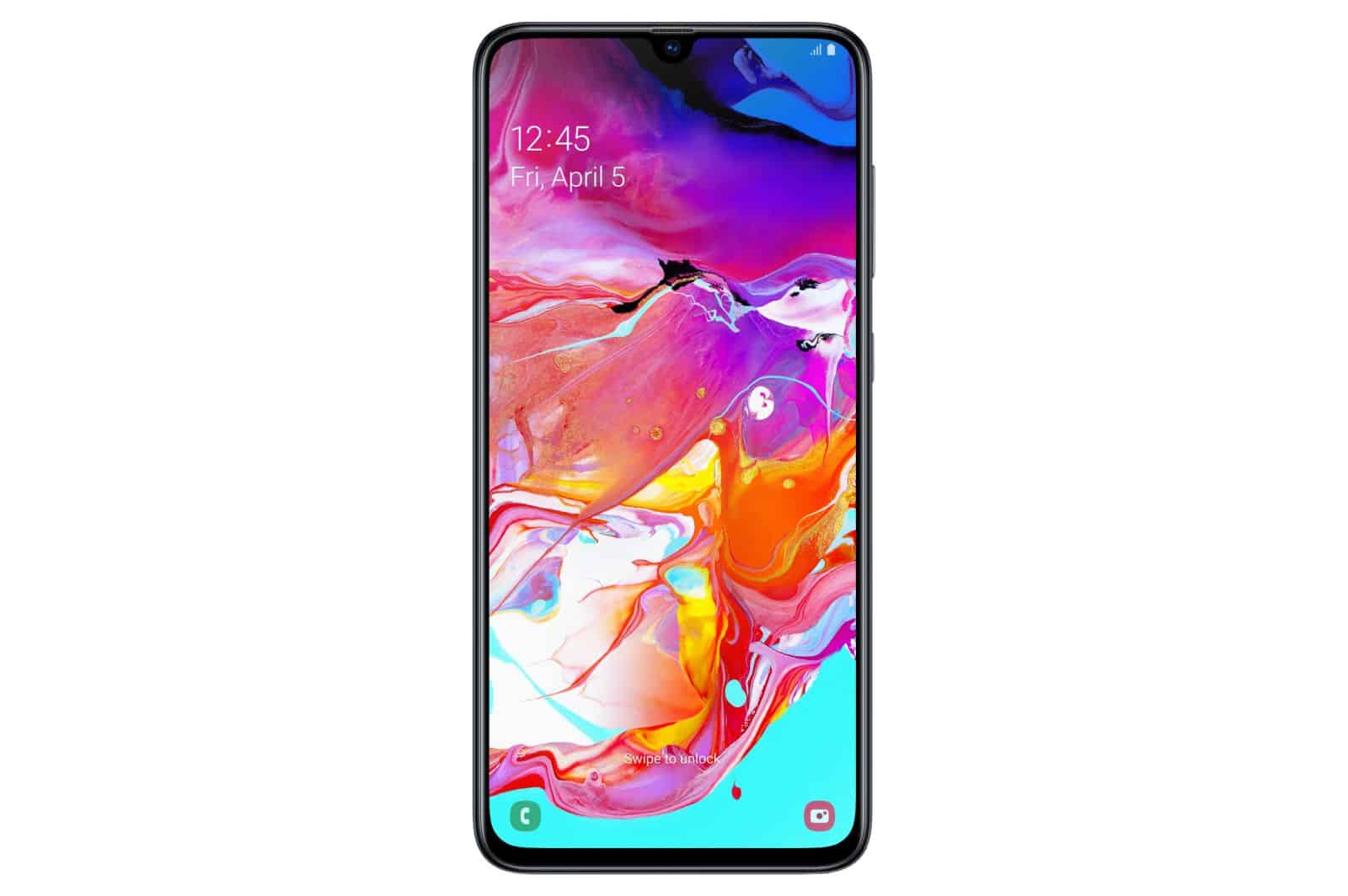 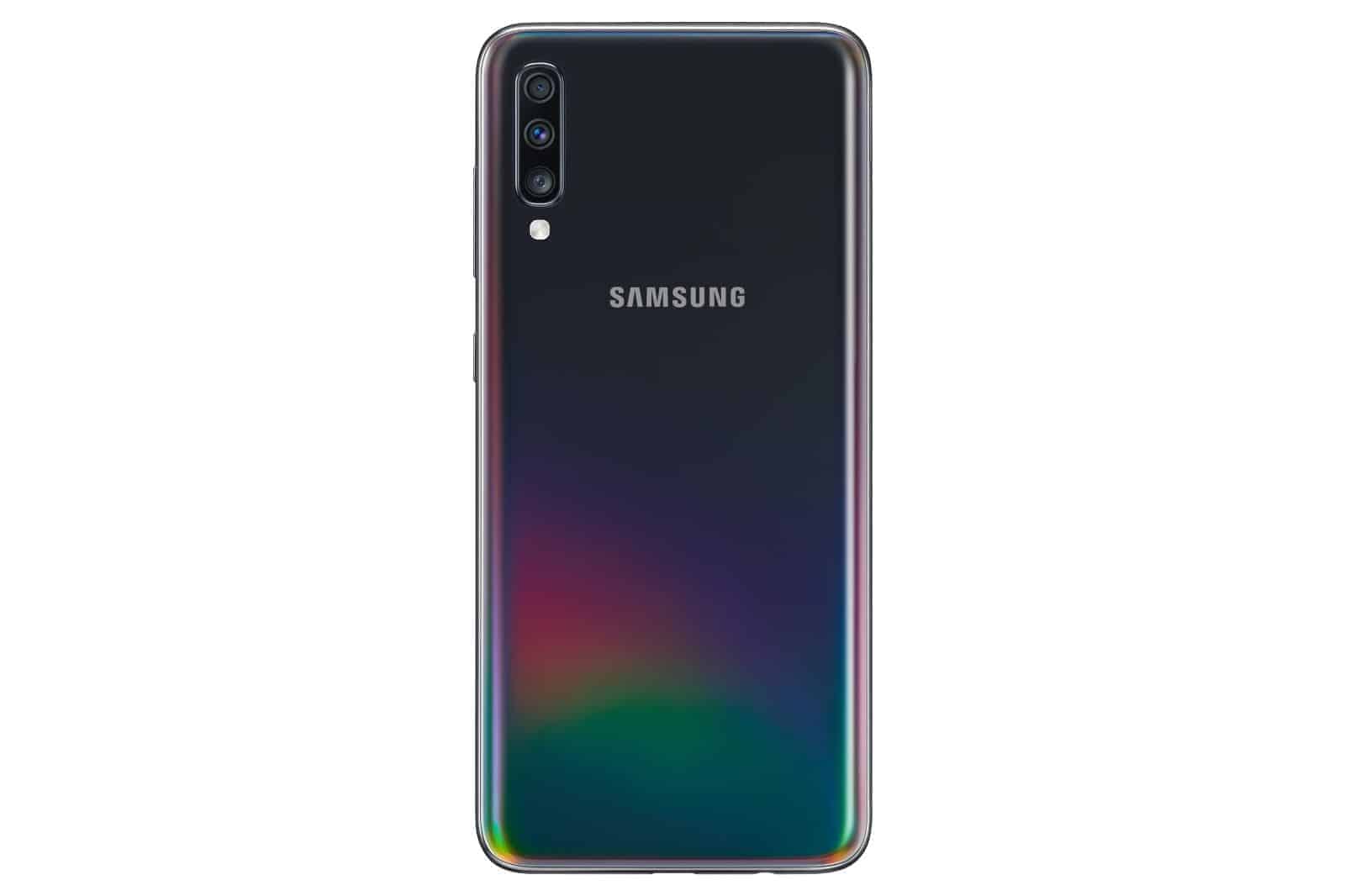 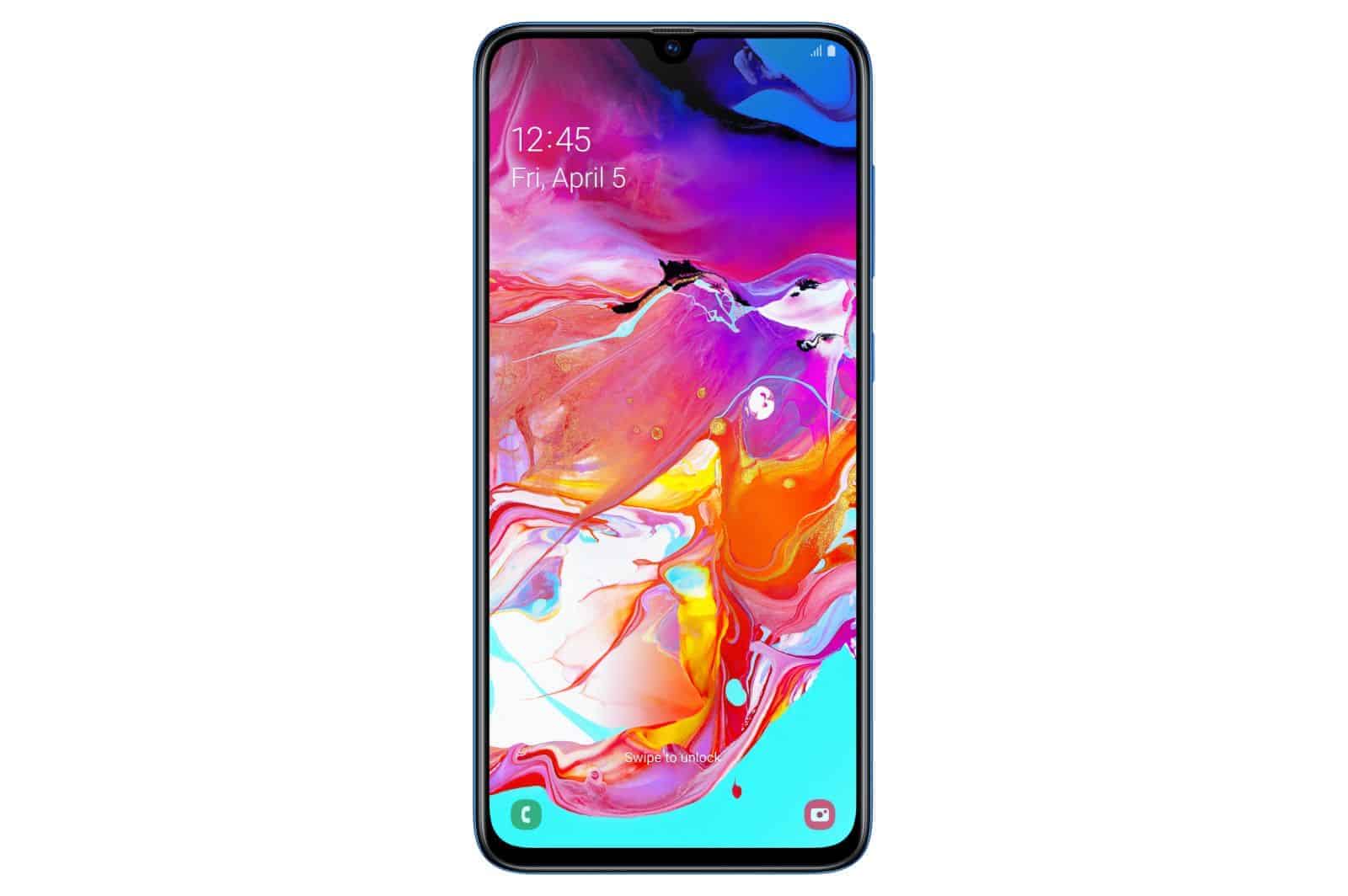 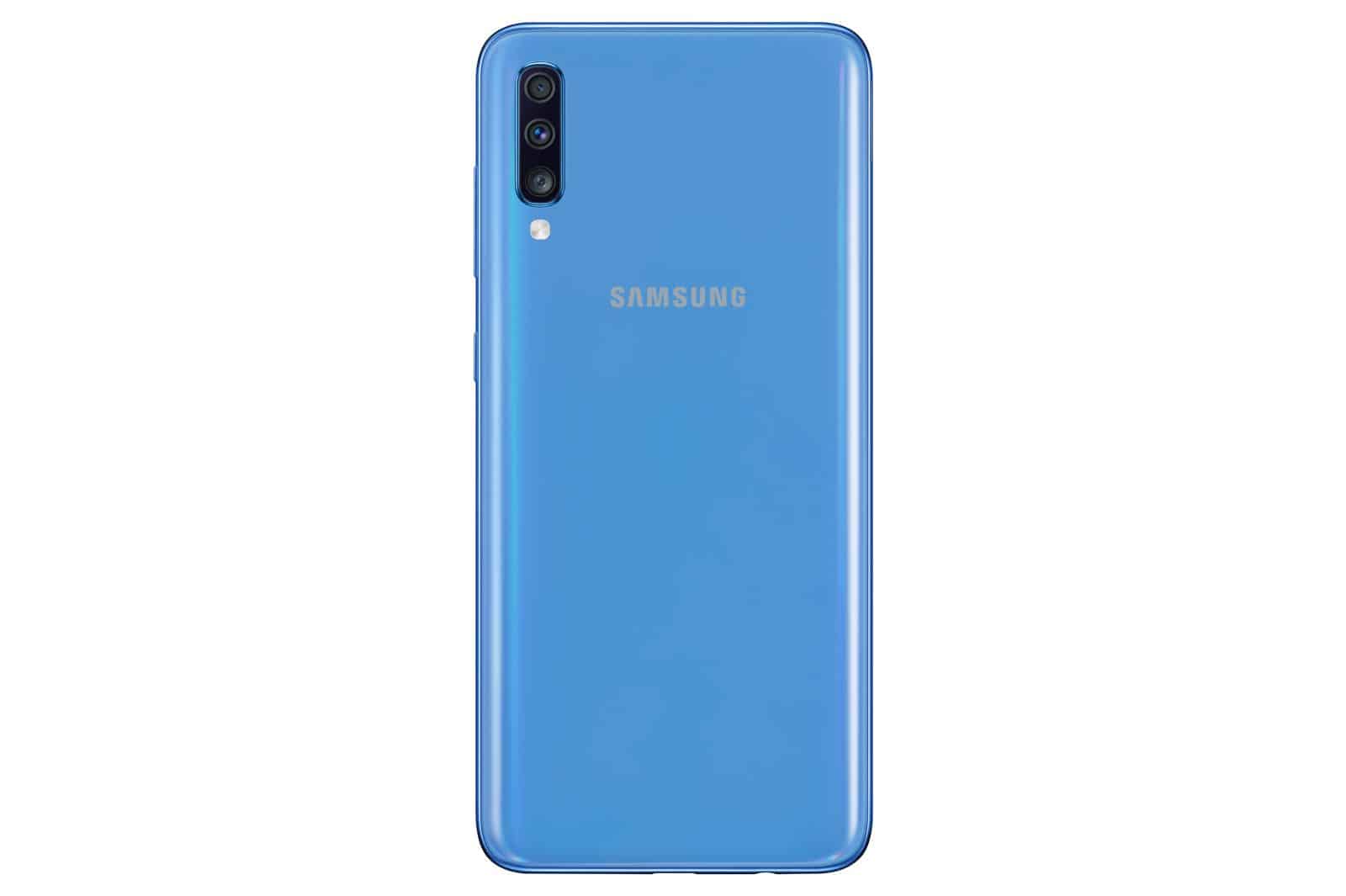 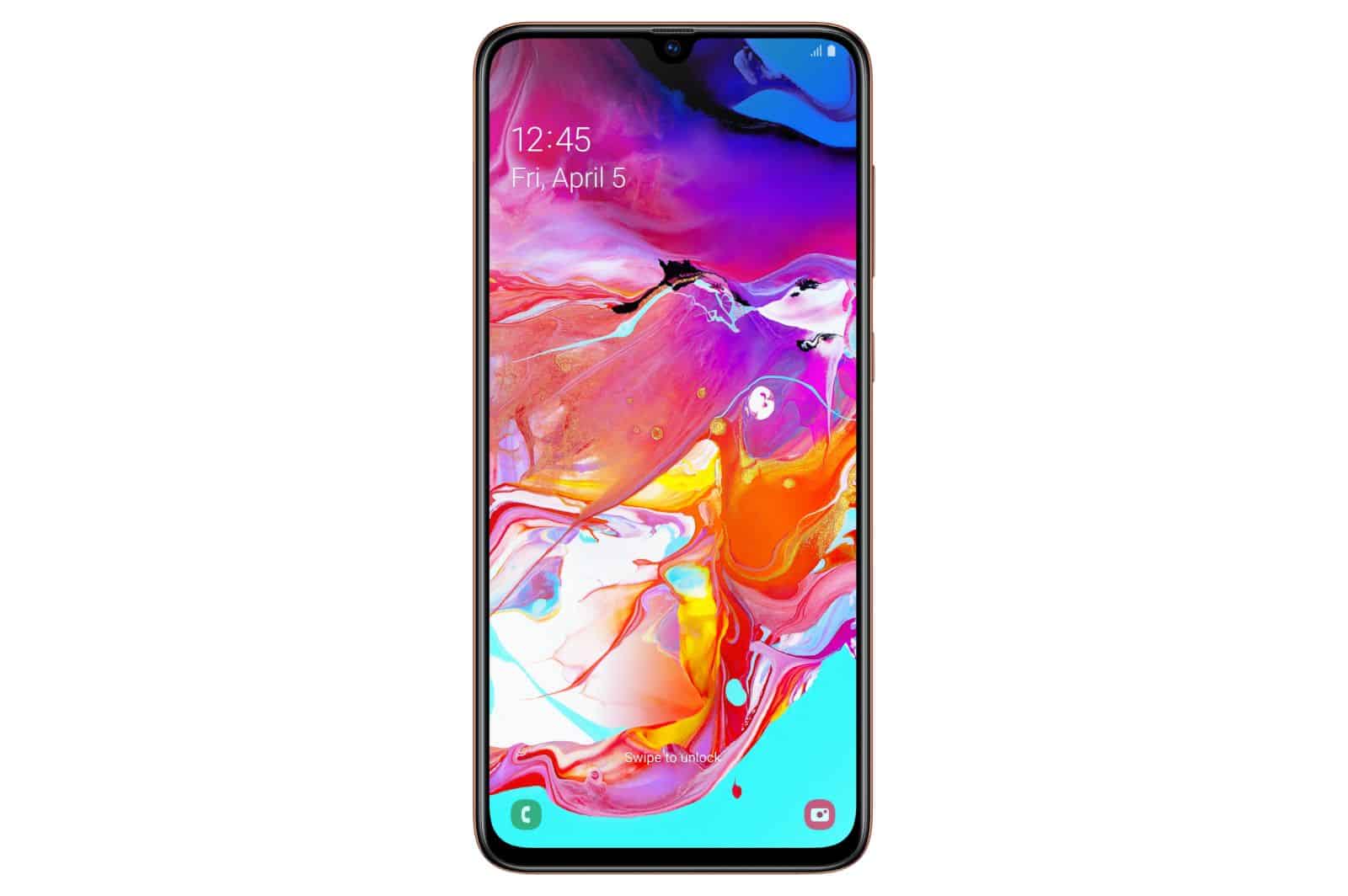 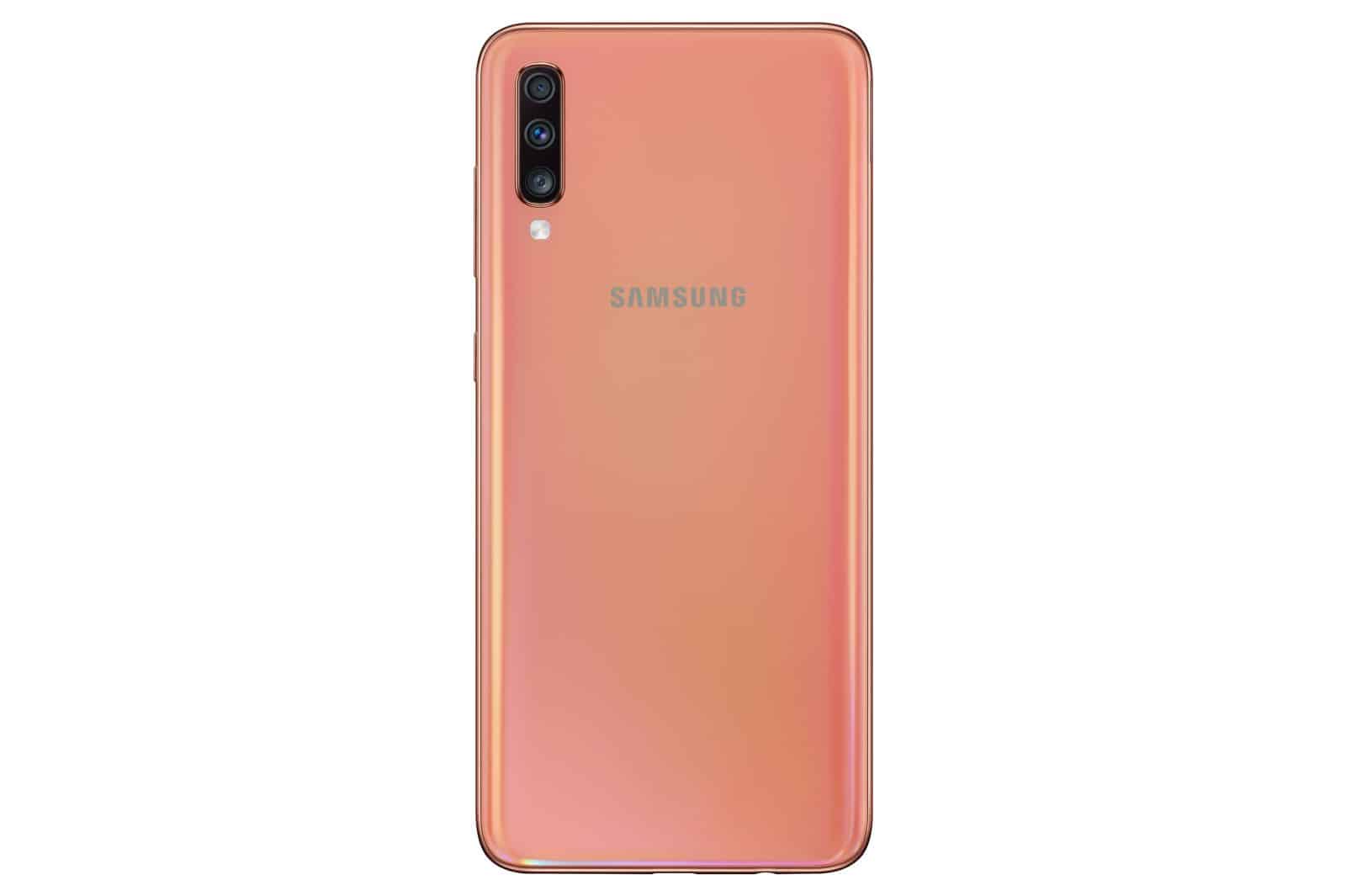 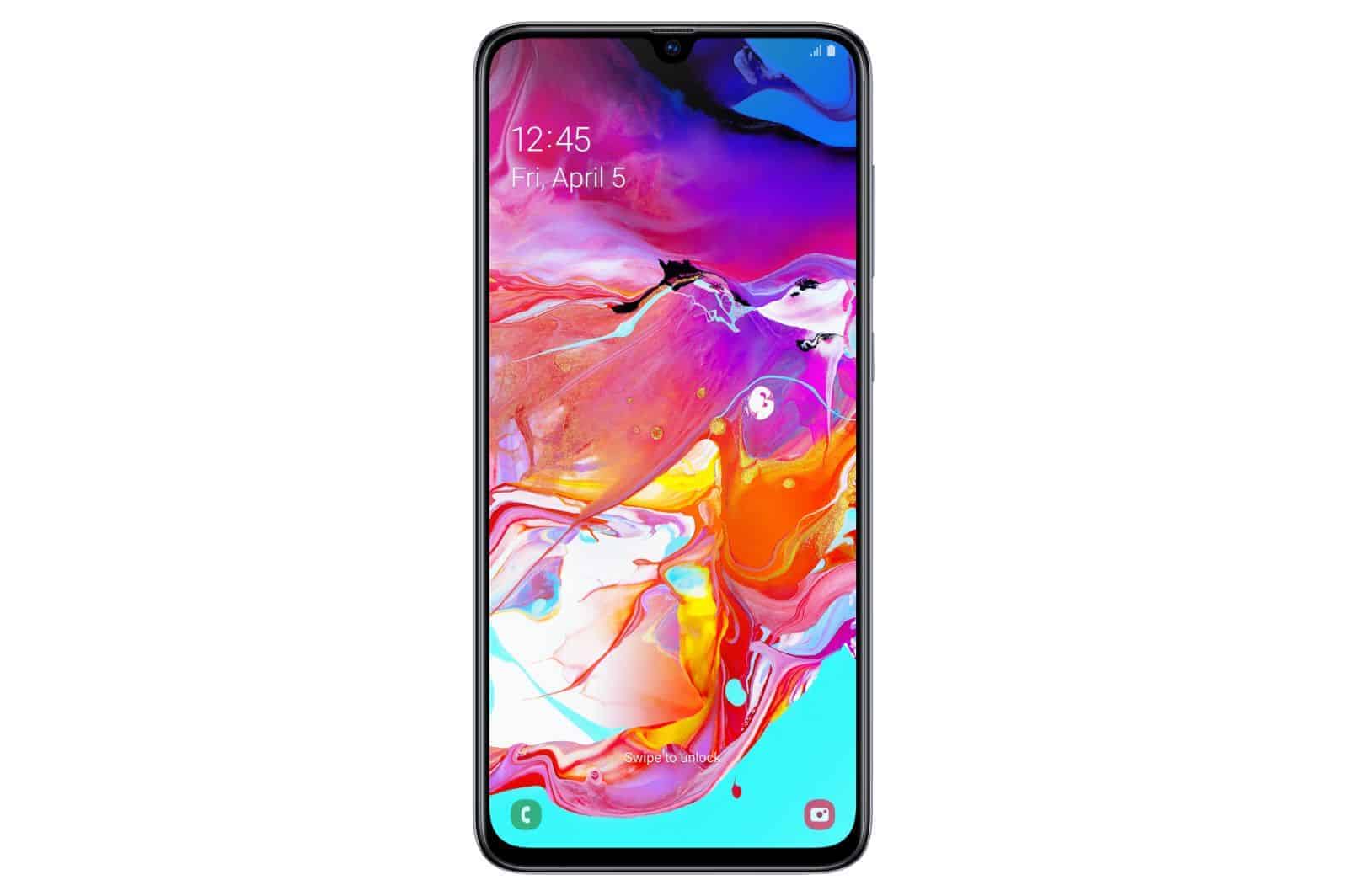 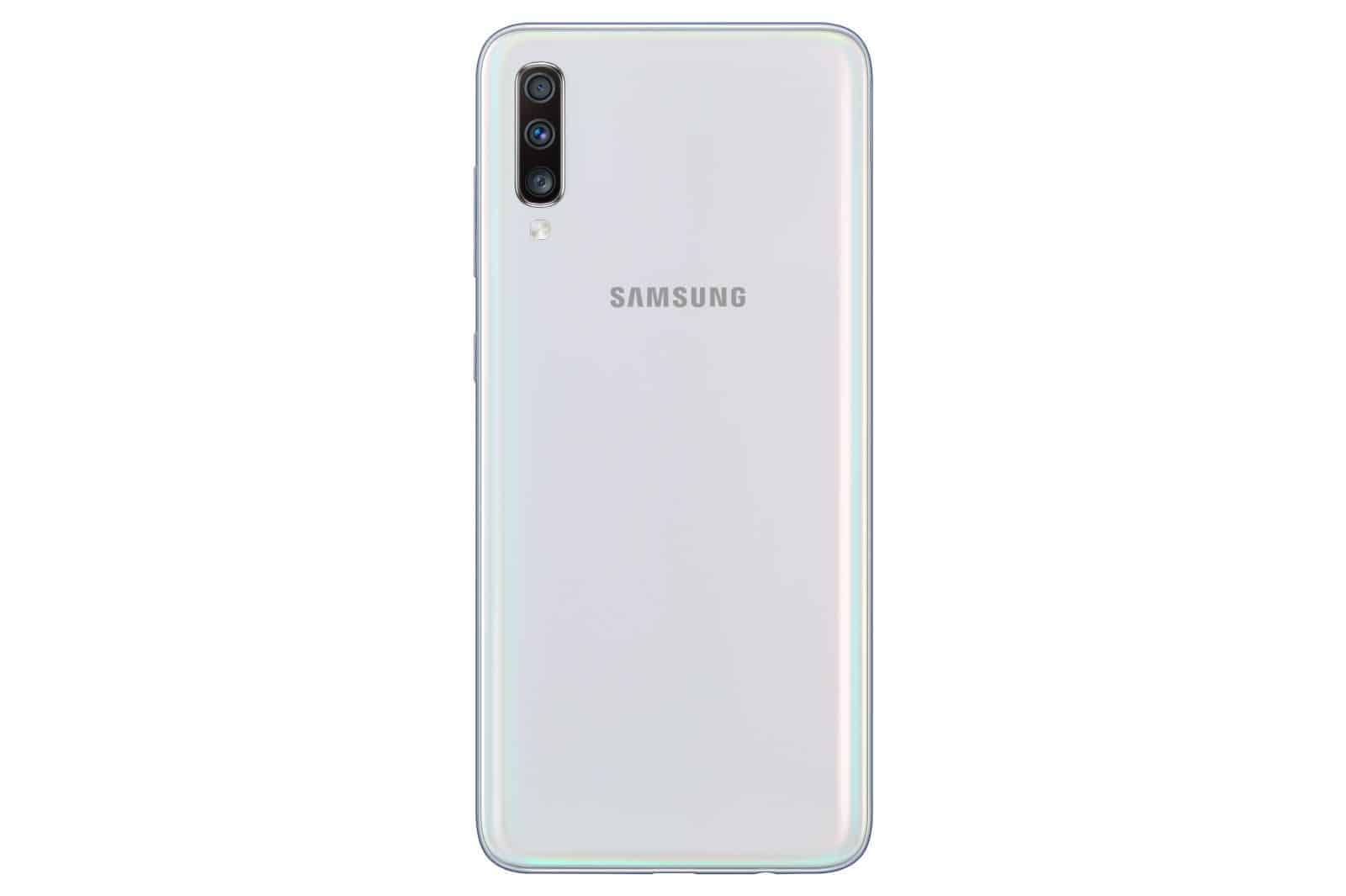 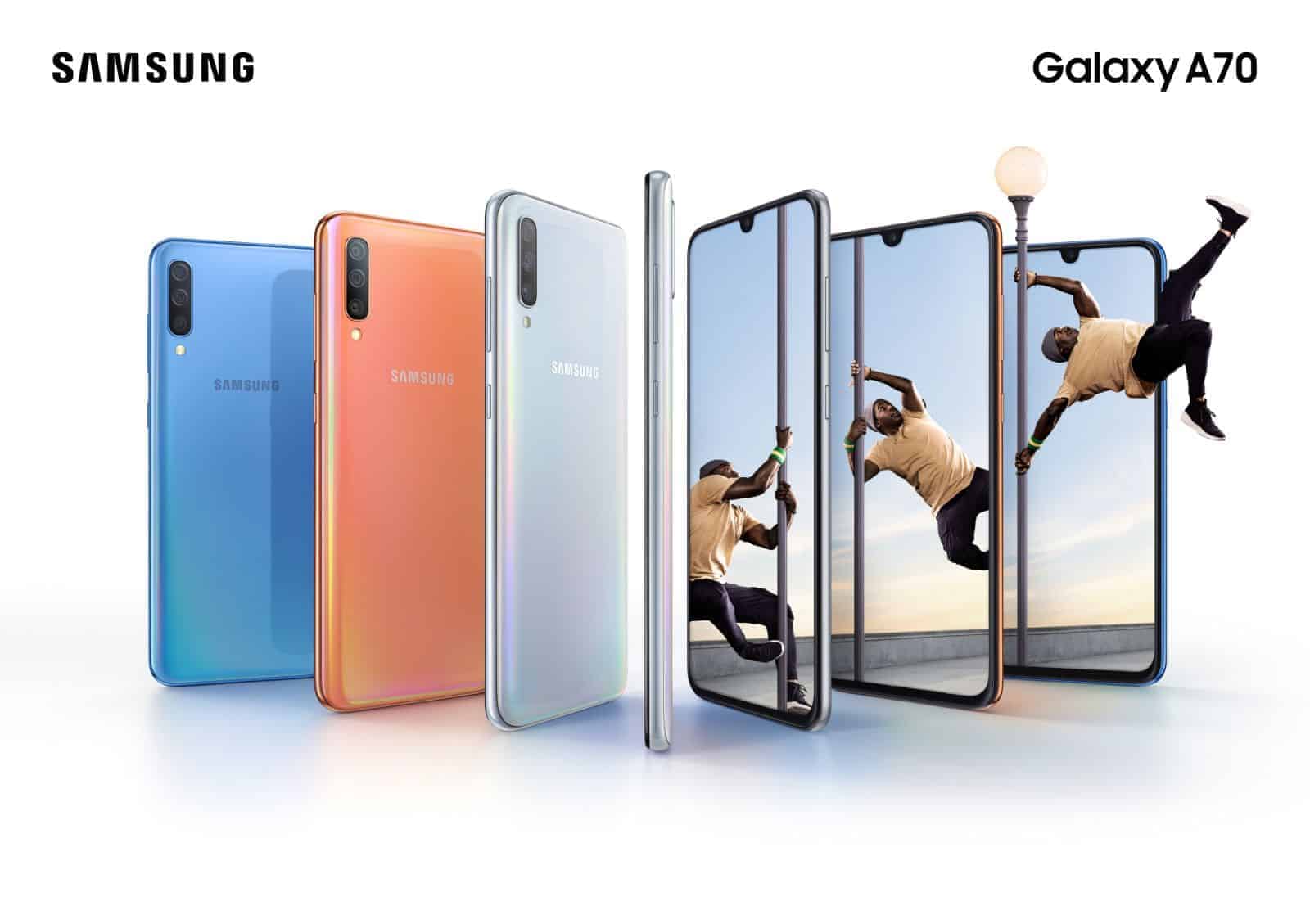 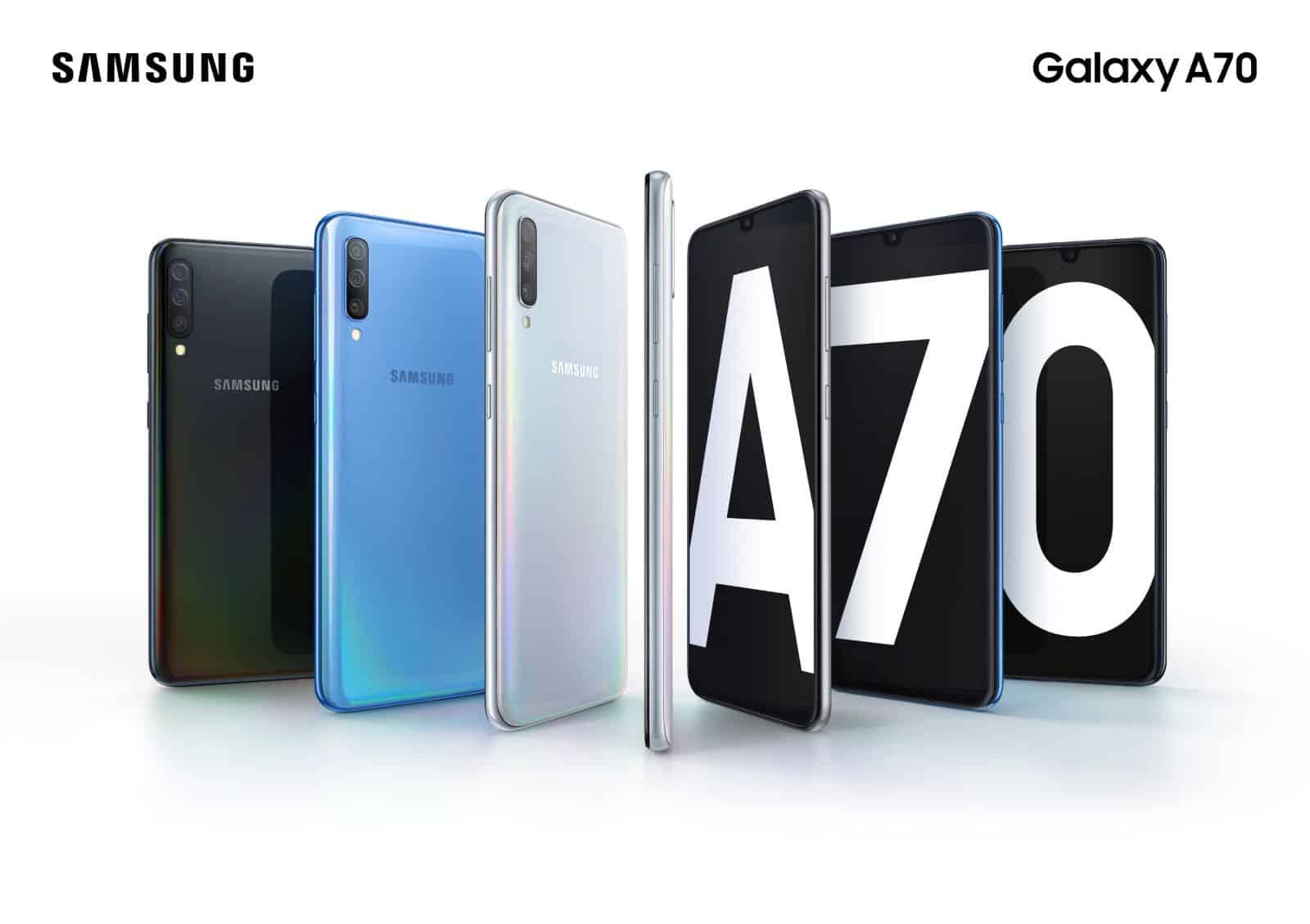