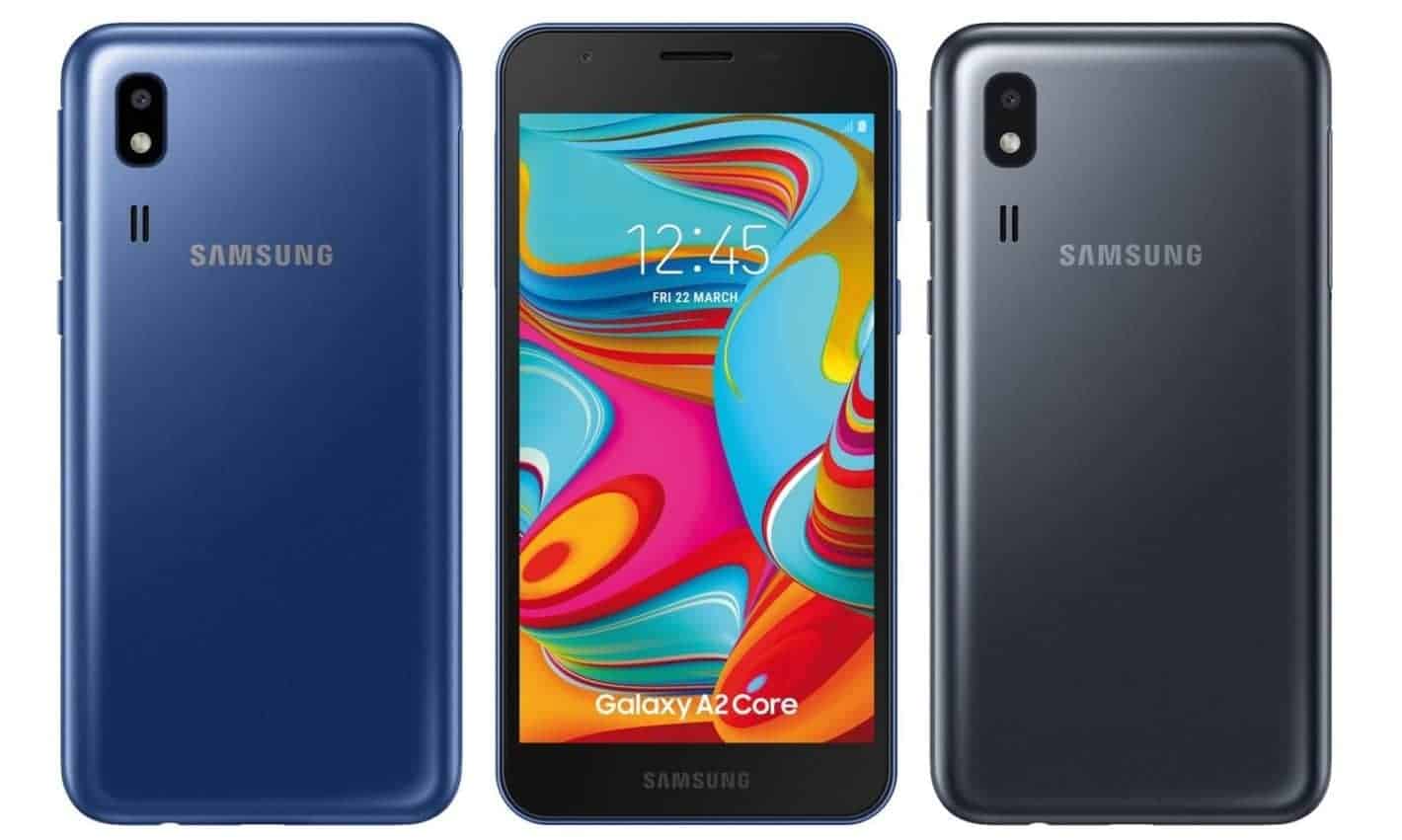 Samsung plans to release a new budget phone under the Galaxy A series and as reported by FoneArena, the phone’s exterior design has already been spotted in a high quality leaked render shared via Twitter by Evan Blass.

The upcoming model is referred to as the Samsung Galaxy A2 Core. The moniker contains only one digit following the “Galaxy A” designation which means that it’s not truly a part of the ongoing Galaxy A series which is already expected to contain the Galaxy A20 and its spin-off the Galaxy A20e.

Instead, the Samsung Galaxy A2 Core featuring the model number SM-A260 is more of a direct successor to the Galaxy J2 Core released last year. The OEM has abandoned the Galaxy J smartphone series last year – which was also known as the Galaxy On series in some markets – and replaced it this year with the new Galaxy A and Galaxy M lineups.

What is the phone all about?

The Samsung Galaxy A2 Core is precisely about being a budget phone powered by Android Go Edition, even though the OEM will likely cover the OS with its own proprietary UI. The smartphone’s exterior design doesn’t attempt to conceal its budget roots and the front of the phone looks nearly identical to the Galaxy J2 Core launched last year, with similarly-sized bezels, no notches, or an edge-to-edge panel.

The display has a 16:9 aspect ratio and as far as looks are concerned, the only detail differentiating the Galaxy A2 Core’s front panel from last year’s model is the location of the front-facing camera, as it has now been moved to the other side of the loudspeaker.

The back panel is much different, in that it seems to have been built as a unibody design whereas the Galaxy J2 Core had a removable back plate locking into a frame surrounding the device. Technically the Galaxy A2 Core’s back panel could still be a removable shell and allow users to change the internal battery, but this is unlikely given the overall design and the fact that Samsung continued to step away from this feature with the 2019 Galaxy A series.

Other details pertaining to the Samsung Galaxy A2 Core include what appears to be a headphone jack on the bottom edge, as well as a camera and LED flash positioned in the upper-left corner instead of being centered. The single rear-firing speaker has also been moved right below the main camera.

The budget phone could launch next week

As noted by Fone Arena, the date showcased on the smartphone’s home screen in the render hints at the possibility of the device being introduced next Friday on March 22. A lot of times the dates included in leaked renders don’t coincide with the product’s release, but sometimes they do so although this is in no way a confirmation, it could be a hint as to when an official announcement might take place.

The device is said to ship with 1GB of RAM and an Exynos 7870 chipset so it should be positioned even lower than the entry-level Samsung Galaxy A10 in terms of pricing. The aforementioned model is expected (but not confirmed) to become available for roughly $130 which means that the Galaxy A2 Core should not break the $100 mark.