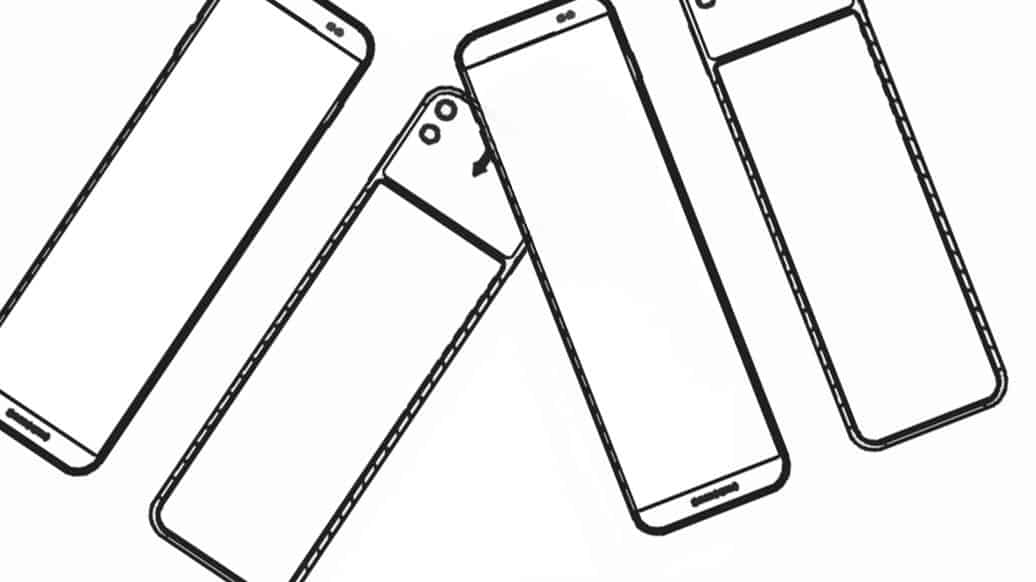 After Nubia presented its rather bizarre prototype of a foldable smartphone intended to occasionally be wrapped around one's wrist and act as a smartwatch, it appears Samsung is going down the same road or is at the very least considering the possibility of doing so.

Something extremely similar to the Nubia Alpha was hence patented by Samsung with the World Intellectual Property Organization last week, as first spotted by one Dutch tech blog.

The sketches displayed above were improvised based on the vaguer depictions of the device found within the documentation filed by Samsung. The company explicitly describes its invention as a smartphone and a smartwatch in a single package, arguing such a solution could either make certain categories of consumer electronics obsolete or at the very least deliver extra convenience to a niche subset of users.

While Samsung's latest intellectual property ended up in the WIPO's database weeks after Nubia presented the Alpha, the concept is at least a year old, judging by the date of its filing which Samsung managed to complete in a discreet manner, avoiding media attention even as it pushed its application through public channels.

One of the most obvious drawbacks of the Nubia Alpha is the somewhat uncomfortable watch mode, judging from initial experiences shared by individuals not associated with the Chinese firm. While contemporary smartwatches and smartphones largely share materials composing their bodies, the fact that this kind of a hybrid device needs to act as both means its watch mode comes down to a rather unusual form factor. It's presently unclear whether Samsung considers this a problem and how it intends to address it if so.

A form factor like no other… well, except that one

Measurements taken by Android Headlines are indicative of an aspect ratio amounting to approximately 27:9, i.e. 3:1, which is in line with the Nubia Alpha and an unavoidable side effect of mixing two seemingly unmixable device types.

Besides the unusual form factor and various use cases it enables, another advantage this curious concept has over conventional smartphones Samsung is peddling these days is that it lacks what some deemed the physical manifestation of annoyance – the physical Bixby button.

After years of stagnation in the design segment, smartphones are now once again undergoing puberty-like physical changes to the point that even the harshest critics of candy bar designs are now bound to feel dizzy; this year's Mobile World Congress saw the introduction of several bendable handsets and flexible screen concepts, all of which are indicative of massive changes being on the horizon for the handset industry.

Samsung itself already embraced the idea of foldable devices with its seminal device that's inventive in both functionality and name – the Galaxy Fold. The company's first bendable phablet is scheduled to be officially released in April but will only be targeting a small subset of markets and it's unlikely more are on their way. Huawei, OPPO, Vivo, Xiaomi, TCL, and LG are just some of the other big names seeking to release such devices by the end of the year as well, though it's unlikely their upcoming products will also be designed for wrist use.