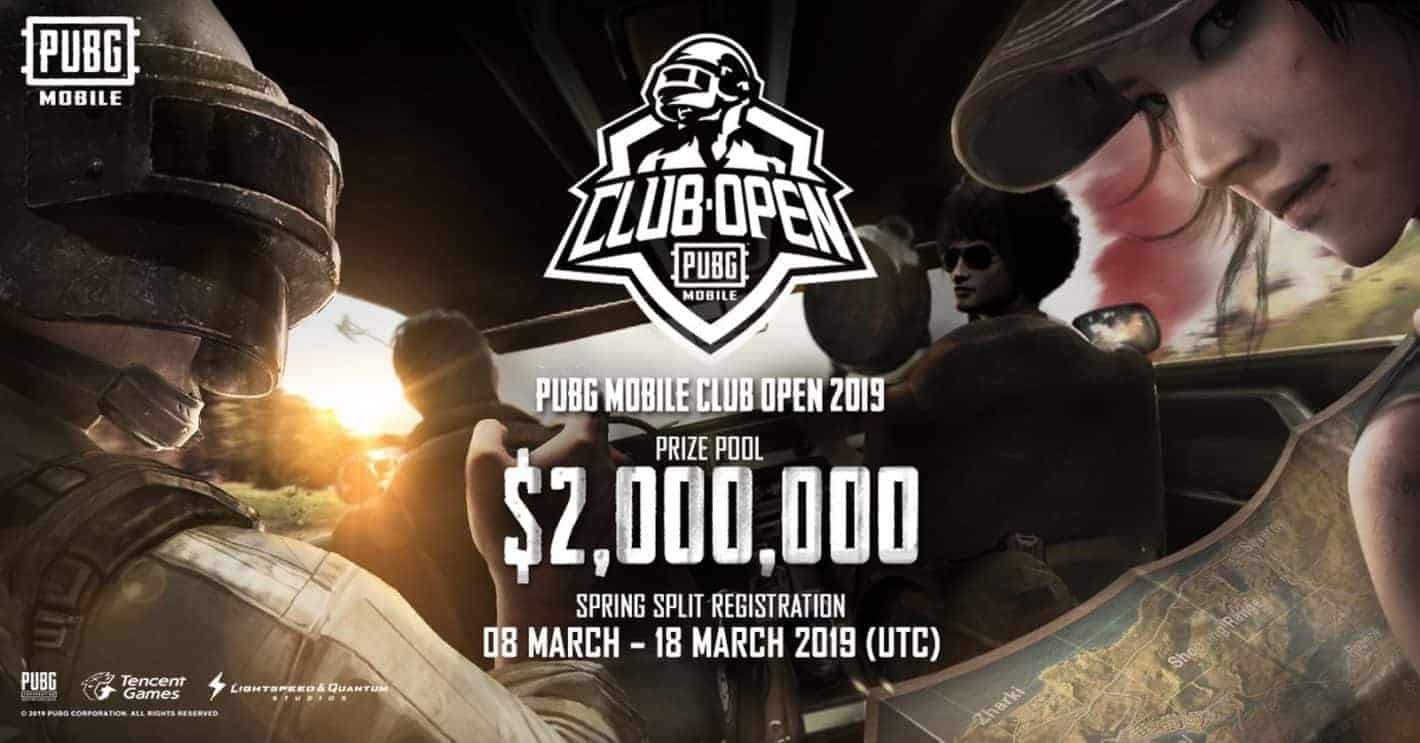 PUBG Corporation in association with Tencent Games announced the details of their latest year-long competitive event – PUBG Mobile Club Open 2019. The e-sports contest has a prize pool of $2M and eligible semi-pro and pro teams can register to compete starting today, March 8.

Players must be 16 years and above in order to compete, and at least three team members must be from the region they will represent. Among other requirements, only players who have reached the rank of Platinum in the previous season are eligible for registration.

The Spring Split will be divided into eight main segments including the registration period between March 8 and March 18, and the Qualification Round which will take place later this month. The Regional Group Round will kick off in April and will be followed by Regional Semifinals, Regional Finals, and lastly the Spring Split Global Finals.

PUBG Mobile launched in early 2018 for Android and iOS devices and has enjoyed massive popularity. Originally launched on PC, the title contributed greatly to popularizing the so-called Battle Royale genre and inspired other studios – big and small – to create their own Battle Royale games, some more unique than others. Over the past couple of years the genre has become a phenomenon to the point of oversaturating the market, and even titles that have previously existed in different genres, such as Call of Duty, have adopted the Battle Royale game mode.

PUBG Mobile has been downloaded more than 100 million times on the Android platform alone. The first e-sports event debuted last September with a $600K prize pool, around the time the mobile application was celebrating 20 million players of which 3 million were based in the U.S.

The game continues to be updated with new content. The most recent update launched in February introduced a wide range of features including a Resident Evil 2-themed main menu and soundtrack, two new kinds of weather and a time-limited event called Zombie: Survive Till Dawn. The same patch also promised to fix an issue with how the terrain was rendered on budget smartphones.

Unlike PUBG for consoles and PC, PUBG Mobile adopts a free-to-play model and revenues are based solely on in-app purchases. It can be downloaded via the Google Play Store on mobile devices running Android 4.3 Jelly Bean or later by hitting the banner below.