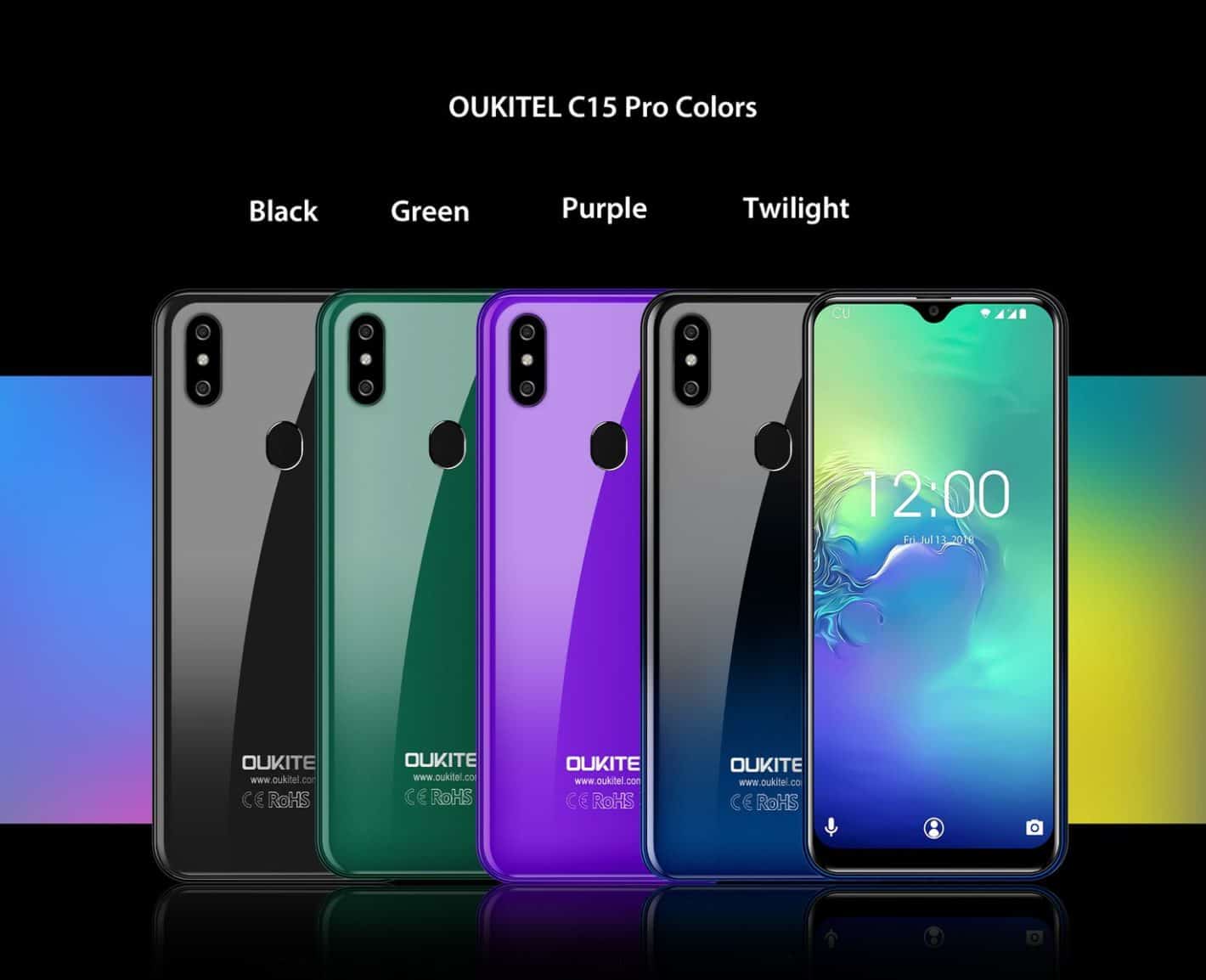 OUKITEL has just revealed the OUKITEL C15 Pro's full spec sheet. The company earlier announced that the phone will become available for pre-order on March 18, so in just a couple of days, and now we finally know exactly what to expect out of this phone.

The OUKITEL C15 Pro is a budget smartphone, it will cost only $69.99 once it becomes available for pre-sale on March 18, so it's not exactly surprising that the phone comes with entry-level specifications.

Android 9 Pie comes pre-installed on the OUKITEL C15 Pro, while a 3,200mAh battery sits on the inside of this phone, and it does not support fast charging. 8 and 2-megapixel cameras are located on the back of the phone, while a single 5-megapixel unit sits on its front side.

The device supports Bluetooth 4.2, Wi-Fi 802.11 a/b/g/n/ac, while you will charge it using a regular microUSB port. A 3.5mm headphone jack is present on this handset, while you will find two nano SIM card slots on the inside of the C15 Pro. A separate microSD card slot is also included, though.

The phone supports 4G LTE connectivity, and it also supports VoLTE. The phone will be available in Jet Black, Emerald Green, Purple, and Twilight color variants, while it measures 155.6 x 73.3 x 8.9mm.

In the provided image above, you can take a look at the device itself, and check out all color variants that the company will offer. The OUKITEL C15 Pro is the very first smartphone from OUKITEL to sport a waterdrop notch, while it also has a "chin" below the display. Its cameras are vertically-aligned, while a fingerprint scanner is located on the back of the device, along with the company's branding. The back side of the phone is also curved, while the phone's rear-facing cameras do protrude a bit

The OUKITEL C15 Pro also supports facial scanning, in case you were wondering. In case you're like to know more about the device, follow the link that is included down below which will take you to its listing on OUKITEL's official website.