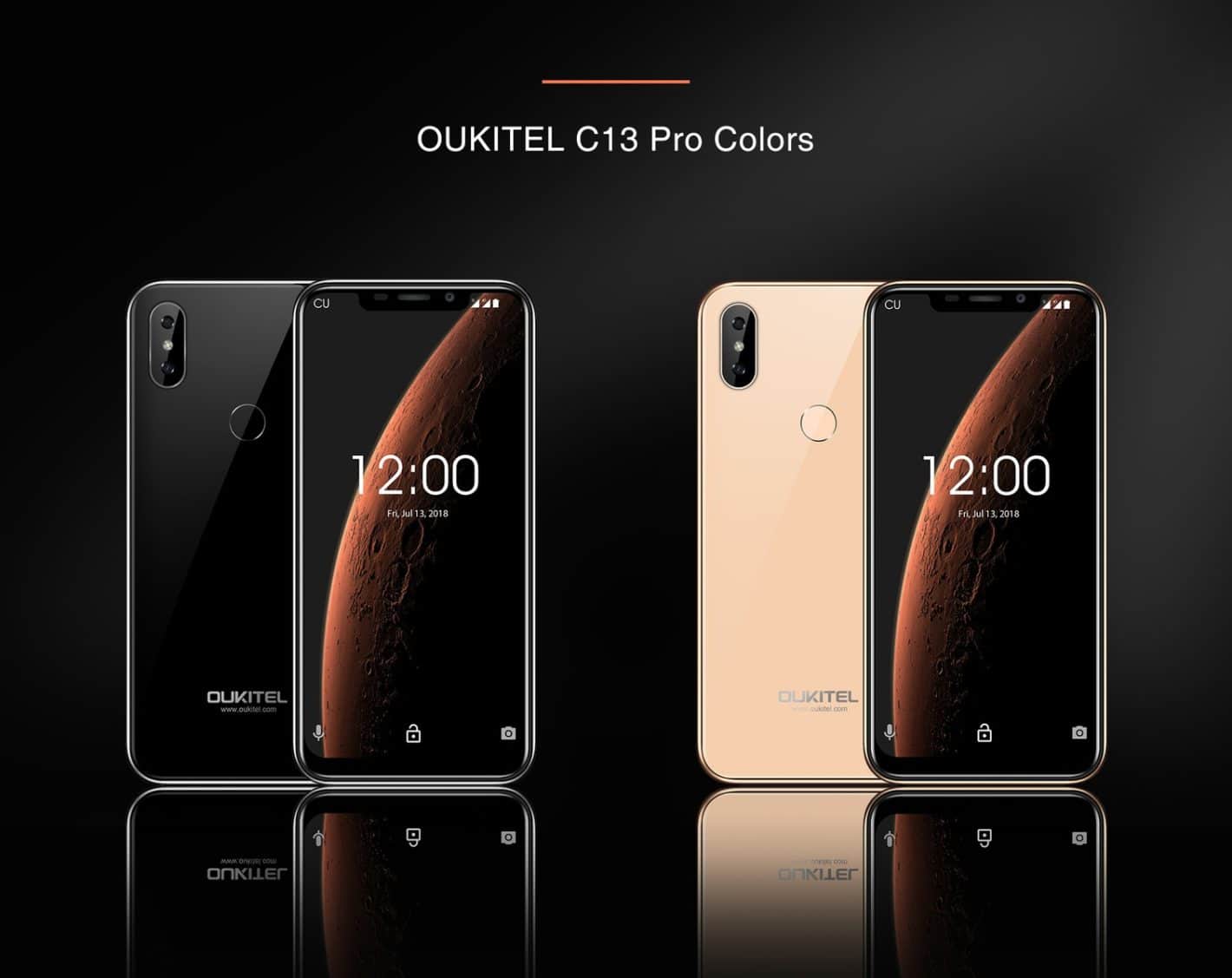 The OUKITEL C13 Pro design was somewhat inspired by the iPhone X, and OUKITEL admits that. The phone comes with a rather wide display notch, while it has some bezel below its display. On the back, you will notice two vertically-aligned cameras, with an LED in-between them, just like on the iPhone X.

A rear-facing fingerprint scanner is also included in this package, while OUKITEL's logo is placed on the back of this device as well. The phone's display sports rounded corners, while the device's frame is made out of metal.

The OUKITEL C13 Pro comes with facial scanning feature as well, in addition to its fingerprint scanner, while the device will ship with the newest iteration of Android available in the market, Android 9 Pie. OUKITEL did add some of its own software on top of Android, but not much, it will be a relatively clean software installation.

The OUKITEL C13 Pro is a budget phone, so you can't expect high-end specs here, not even close, but its specifications are somewhat okay for its price range. The phone features a 6.18-inch 996 x 480 display which is protected by Asahi Glass, a 2.5D curved glass.

The phone is fueled by the MediaTek MT6739 64-bit quad-core processor, while it comes with 2GB of RAM and 16GB of storage. A 3,000mAh battery is included in this package, and is not removable, while you're getting 5V/1A charging along with the phone. The device supports 3G connectivity only.

There are two nano SIM card slots included here, plus a separate slot for a microSD card. The phone includes 8 and 2-megapixel cameras on the back, while a single 5-megapixel camera is included on its front side.

Bluetooth 4.0 is included in this package as well, while the phone measures 155.5 x 76 x 8.3mm. The OUKITEL C13 Pro will become available for pre-order tomorrow for only $74.99 over at AliExpress, and the purchase link is included down below.