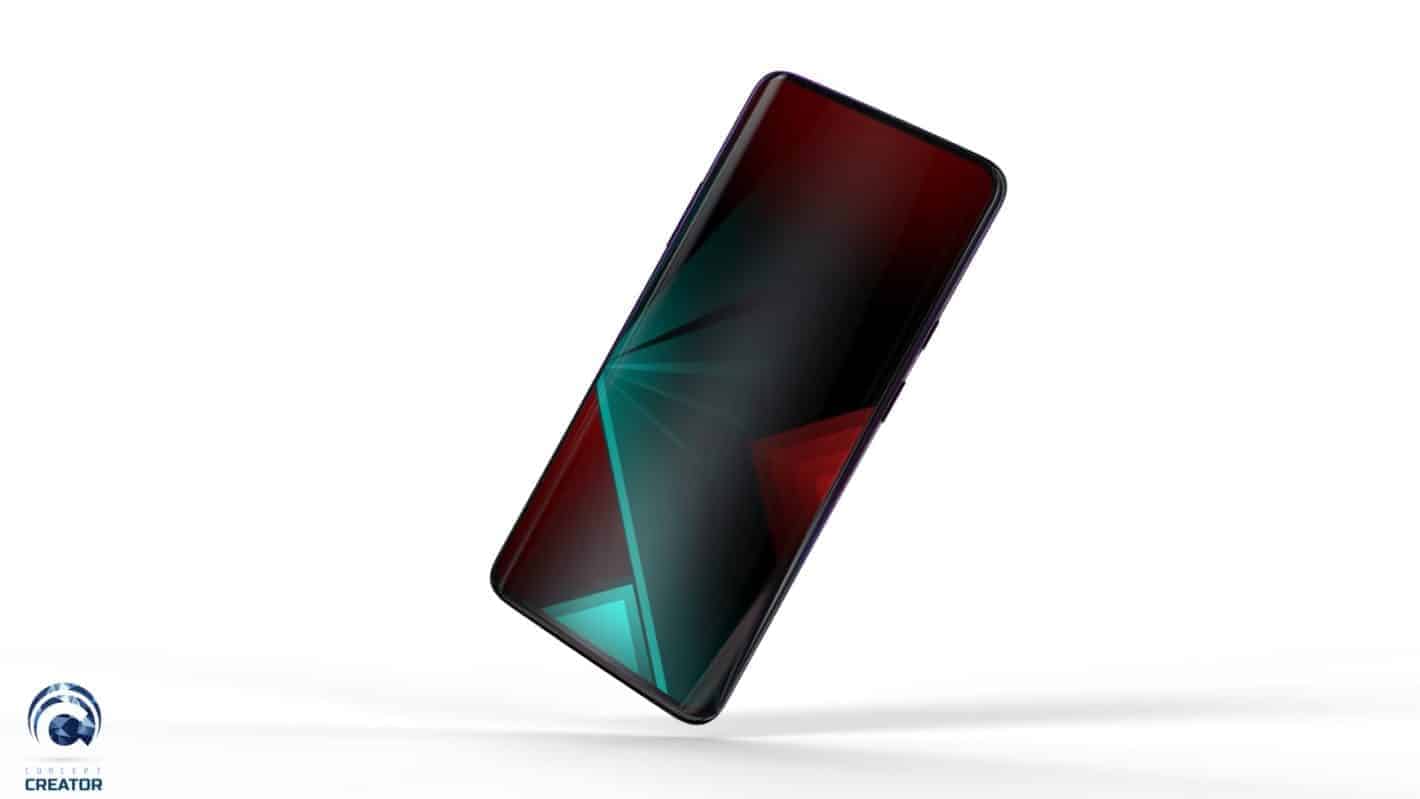 The OnePlus 7 is still a couple of months from being announced, and while we’re waiting for new leaks to appear, a concept design of the phone appeared on the Concept Creator YouTube channel. This design is based on the leaks we’ve seen thus far, though, so it’s quite possible that it’s close to an actual design of the device, despite the fact it has been created by a third-party.

This design is shown in a video which lasts almost two minutes, and that video is embedded down below. The phone shown here is made out of metal and glass, it sports three vertically-aligned cameras on the back, and its back side is curved. An LED flash sits right below those three cameras, and below it, you’ll notice the company’s branding. The phone’s rear-facing cameras also protrude a bit, as they did on a number of previous models as well. A front-facing camera is not visible here, because it’s tucked away on the inside of the device, it pops up when a selfie camera is called upon in the camera app.

On the right-hand side of the phone, you will notice a power / lock key, and above it sits an alert slider. On the front, you will notice a display that is almost entirely bezel-less, and it actually seems to be curved in the provided video, even though a display on the real OnePlus 7 probably will not be curved, but a glass panel on top of it will. On the bottom of the device lies a Type-C USB port, and a loudspeaker.

The source actually envisioned some specifications for this smartphone. Starting with the phone’s cameras, the designer envisioned 48, 20, and 5-megapixel cameras on the back of this phone, and a 16-megapixel unit as a front-facing camera (pop-up one). The Snapdragon 855 has also been mentioned in the video, the same goes for 8GB / 12GB of RAM and a 4,000mAh battery. 44W Dash Charging has also been envisioned here, but Dash Charge is no longer the name of OnePlus’ fast charging tech (so that’s probably a mistake on the source’s part), and the OnePlus 7 will almost certainly ship with Warp Charge, same or similar to the one included in the OnePlus 6T.

On top of everything, the source also mentioned a 6.41-inch AMOLED display here, though rumors are claiming that the device will include a 6.5-inch Optic AMOLED display. In any case, we’re probably looking at a fullHD+ panel here, once again, but it remains to be seen what aspect ratio will OnePlus opt for. That’s probably all the info that was shared via this concept video.

The OnePlus 7 is expected to arrive in May, one year after the OnePlus 6, though OnePlus still did not confirm anything, so it is possible that the phone will sooner or later than expected, who knows. This concept design is quite probably close to a real deal, though as already mentioned, the phone probably will not include a curved display.

In addition to the OnePlus 7, the company is also expected to announce its very first 5G-enabled device this year, and that phone will probably launch close to mid-2019, but we’ll see what OnePlus is planning.