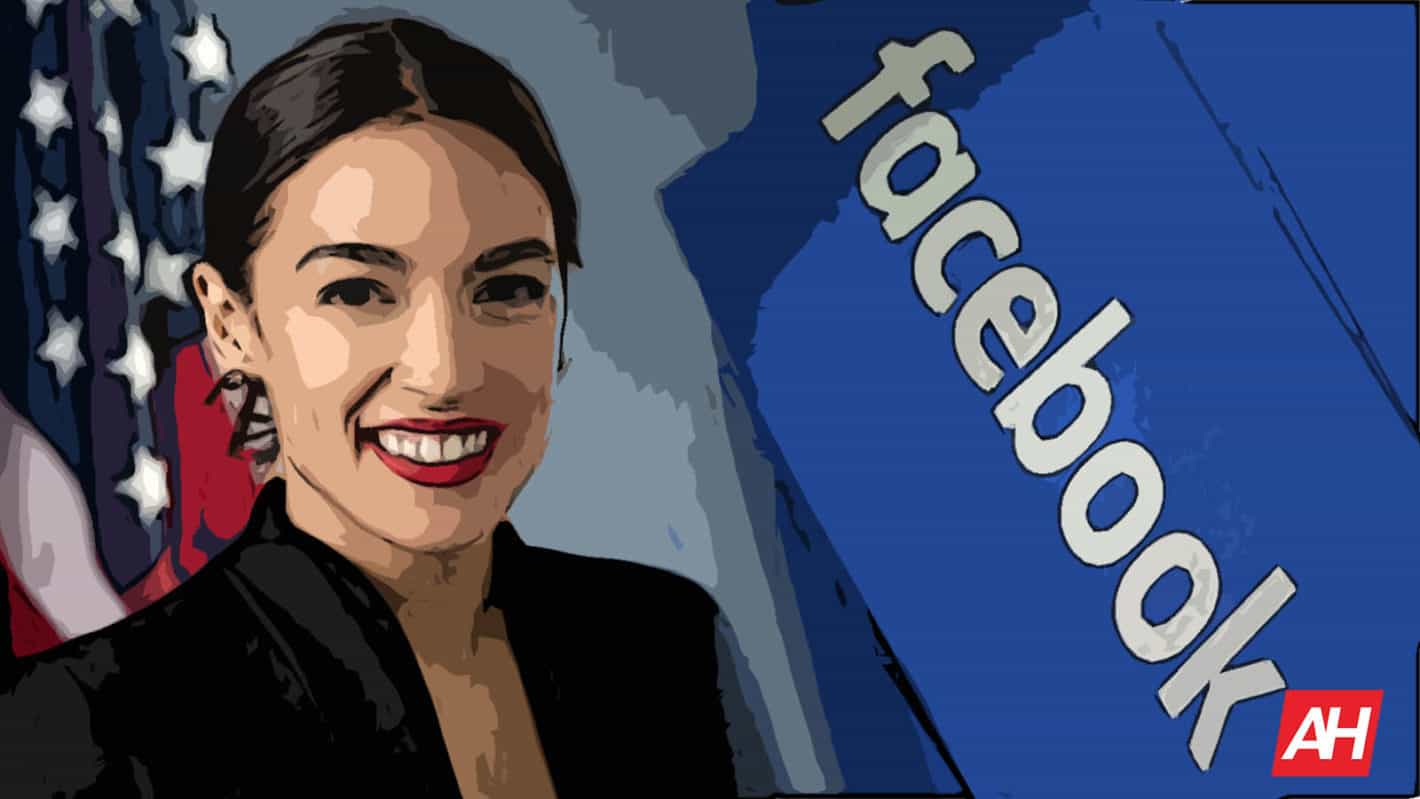 Alexandria Ocasio-Cortez, a Democratic House Representative for New York's 14th congressional district, is taking aims at Facebook after yet another gaffe from the world's largest social media network.

"Facebook may have its own problems, but it's increasingly starting to look like our society (namely, our democracy) has a Facebook problem," Ms. Ocasio-Cortez wrote on Twitter, referencing a now-verified story about how the social media company banned ads criticizing its activities and calling for its operation to be broken apart due to antitrust concerns. The 29-year-old agreed that "Facebook may be a monopoly," noting that the sole fact it conducts the bulk of its business online shouldn't mean it isn't subject to stateside competition laws. AOC's comments spell bad news for Facebook not just because it has another lawmaker to worry about but because its latest critic happens to be the face of a new generation who became a household DNC name in a matter of months ever since her surprise primary win in mid-2018.

Over the course of the last several days, Facebook took down a number of ads ran by the political campaign of Democrat Elizabeth Warren who intends to run in the primaries with the goal of challenging President Donald Trump in 2020. As she herself explained it last week, a major part of her platform will be championing the idea that big tech is out of control and needs to be forced to divest itself out of many industries, i.e. broken apart into many tiny pieces.

Some Facebook moderators unsurprisingly weren't particularly thrilled with that idea, which prompted them to remove the ads shortly after they were aired. Being a publicly traded company, Facebook is under no obligation to be concerned about preserving the free speech on its platform; the First Amendment is exclusively meant to protect one's beliefs and ability to express themselves from the government. With that said, the company was quick to recognize how bad removing Senator Warren's ads makes it look and backtracked on the decision; as of right now, it's still in the process of restoring the ads but has confirmed its intentions to do so.

The notion of Facebook being a monopoly is a relatively novel idea, at least in mainstream politics; it was first floated around in 2018 by members of the European Commission while they were grilling Facebook co-founder and  Chief Executive Officer Mark Zuckerberg over the Cambridge Analytica scandal. It's been nearly a year since that happened and the Old Continent's most powerful political bloc has yet to indicate it's still interested in breaking Facebook apart.

Unsurprisingly, the Menlo Park, California-based social media juggernaut insist it's not a monopoly, claiming it faces plenty of competition on a daily basis, especially as everyone wants to take a shot at it and cement their place in tech history. Critics dismiss those arguments as meaningless semantics; Facebook's own financial reports are showing that while user stagnation is a realistic concern, the company is getting better and better at monetizing the people it does have using its services every day, particularly in the United States.

The current administration isn't exactly in love with Facebook either and has repeatedly criticized what it perceives as liberal bias coming from the Silicon Valley. All things considered, the firm appears to be in for some rough times regardless of who ends up pulling the strings of power in Washington a few years from now.