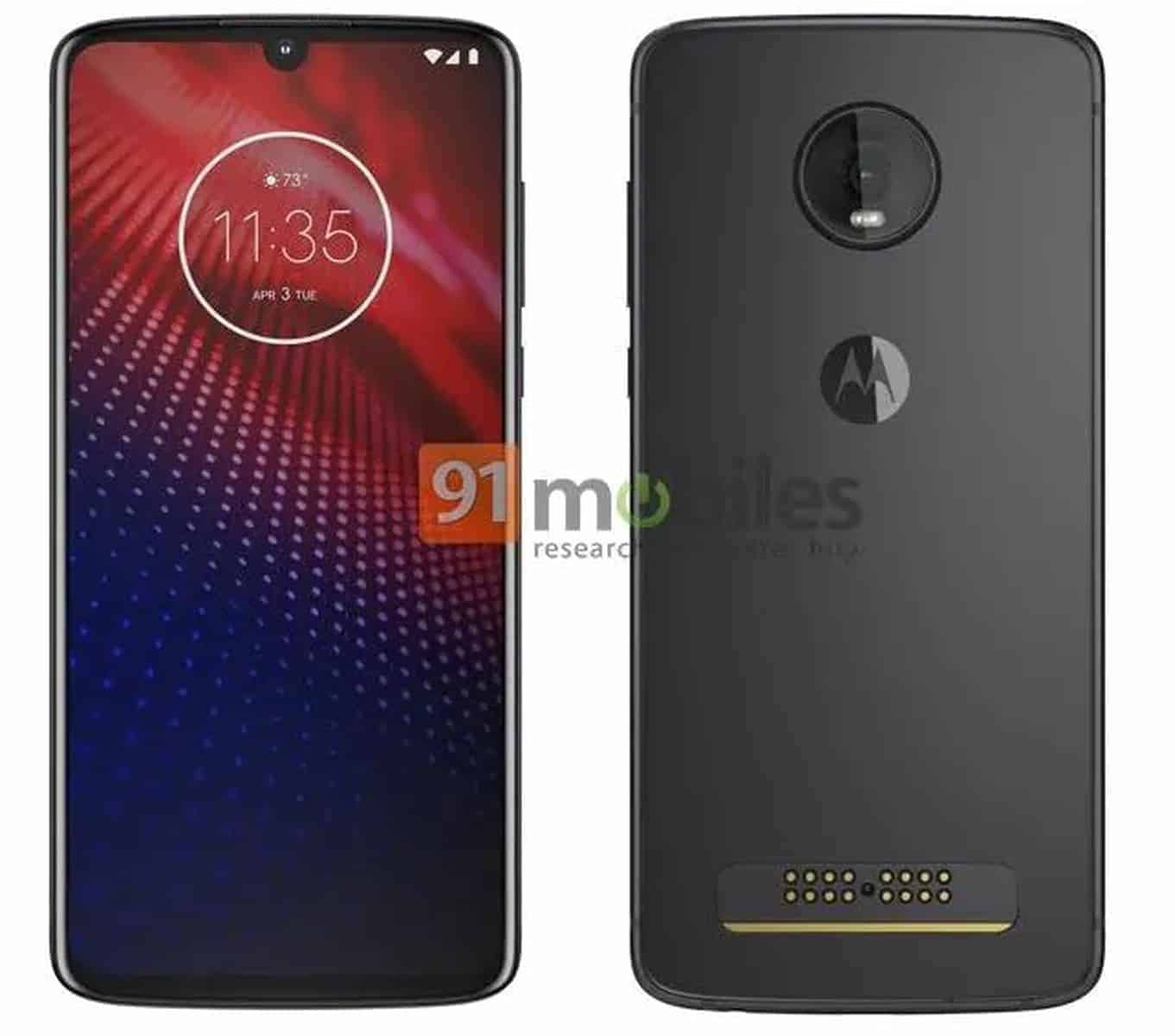 The Motorola Moto Z4 render has just surfaced on 91mobiles website. Based on the provided render, the Moto Z4 will be made out of metal and glass, while it will retain pogo pins for Moto Mods on the back, a 16-pin pogo connector, to be accurate.

Speaking of the phone’s back, you will notice a single camera which is covered by a rather large circular piece of glass, along with the phone’s dual LED flash which is located right below the phone’s main sensor. Motorola’s logo is included on the back of this phone as well, while the back side of the device seems to be flat.

The volume up, volume down, and power / lock buttons are placed on the right-hand side of the Moto Z4, while we presume that the SIM card tray is accessible from the left, but we cannot confirm that as the left side of the phone is not pictured here.

The Moto Z4 will include a tiny notch at the top of the display, and inside of that notch, you will notice a selfie camera. Above that camera lies the phone’s earpiece, while the phone’s display features rounded corners. The Moto Z4 will include a “chin” below the display, but due to the wallpaper that is used in this render, we cannot really see how thick will be its bottom bezel.

The source did not reveal any specs when it comes to the Moto Z4, but based on rumors that we’ve seen thus far, the device will be fueled by the Snapdragon 855 64-bit octa-core processor, which was to be expected as this is supposed to be Motorola’s flagship smartphone.

The phone is expected to offer 5G support through the 5G Moto mod, while Android 9 Pie will almost certainly come pre-installed on the device. We’re almost certainly looking at a vanilla version of Android here, by the way, no third-party overlays or anything of the sort.

The Moto Z4 is also expected to retain a 3.5mm headphone jack, while a Type-C USB port will be included on the bottom of the device. The device will hopefully ship with a decent battery (in terms of capacity), and it is expected to include at least 6GB of RAM on the inside, though it’s possible that Motorola may release more than one variant of the phone.

We still do not have any info when it comes to the phone’s cameras, but it’s quite interesting that Motorola opted to include a single camera on the back, presuming the leaked render is legit, of course. The device will also sport a single camera on the front, which the leaked render also reveals. The company is expected to announce the Moto Z4 in the near future, so stay tuned for that.