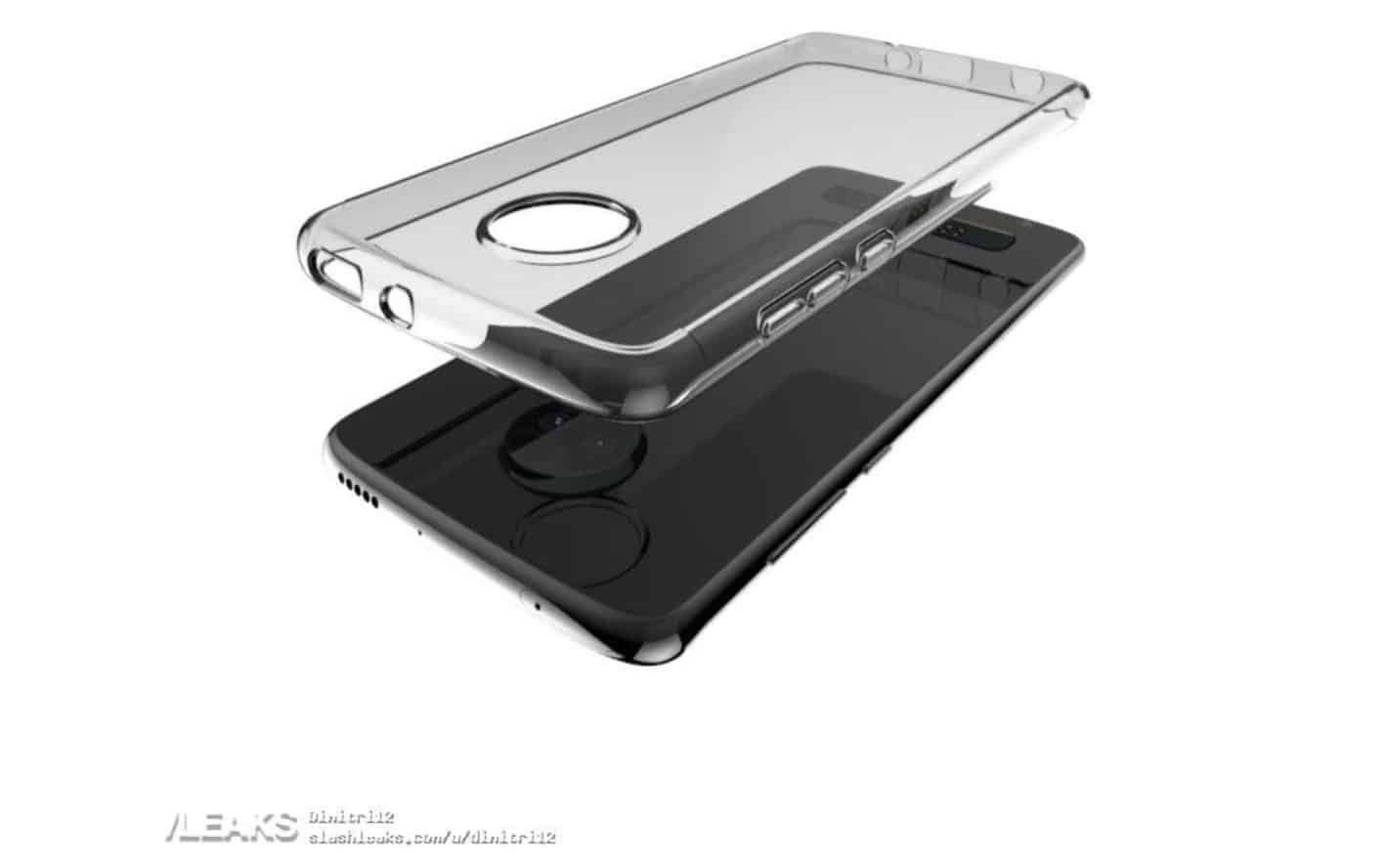 Recently spotted renders showcasing a transparent case for the upcoming Moto Z4 now appear to confirm earlier design stylings that should be expected from the mid-range device. The protective accessory itself is fairly standard, built from what seems to be TPU and featuring smooth curved edges with a snug fit and cutouts where there should be cutouts. Raised nubs along the right-hand side are positions for easy access to the power and volume buttons.

What the case says about earlier renders

As already noted, the leaked case actually gives quite a lot away about the incoming Moto Z4 Play but it may also be telling with regard to the Moto Z4 too — if the renders are accurate. That's company tends to differentiate between the standard 'Z' and 'Play' variants primarily on the inside while keeping external features almost identical.

Starting at the frontal view of the gadget shown in the renders purported to be the Moto Z4 Play variant, the design language starts with a much narrower bezel compared to previous iterations. That's topped by a waterdrop-style notch and a camera sensor that appears to just ride the edge of the display itself. That means the device still has a slight chin and top bezel compared to the much slimmer edge bezels.

Buttons are placed on the right-hand edge of the handset with nothing at all on the opposing side. Along the top, the renders show what appears to be a hole-punch speaker grill, a microphone hole, and a drawer that presumably houses the SIM card.

There's no clear view provided of the bottom bezel in any of the renders but the case cutouts seem to show a charging port in the center with a mic-hole and either a headphone jack or second speaker to either side.

The smartphone's sole occupant on the rear panel is a round-shaped camera hump, with the lenses arranged horizontally at the center. The housing itself sits dead centered and toward the top of the Moto Z4 Play.

The one discrepancy between the design of the portrayed handset and the case is that the case doesn't appear to feature any cutout giving users access to 16-pin pogo connector on the back panel. That means the device wouldn't be usable with moto mods while in this particular case, indicating that this may be a third-party case rather than an official one.

While the Moto Z4 and Z4 Play are expected to be nearly identical in terms of looks, various leaks have hinted that there will be at least a few functional differences on the exterior as well. For example, leaks of the Moto Z4 have suggested it will ship with a single camera sensor at the center of the rear housing instead of the two shown on the Moto Z4 Play.

Setting aside small differences that won't necessarily affect the aesthetic appeal of these gadgets, they'll be more different than normal on the inside too if rumors bear out. While the handsets would ordinarily share RAM and storage specs, the Moto Z4 Play is predicted to ship in either 4GB or 6GB configurations for memory compared to the larger 6GB minimum predicted from the Moto Z4.

The Moto Z4 is also expected to land with Qualcomm's most powerful current processor, the Snapdragon 855, while the Play edition gadget will have a still-capable but not as strong Snapdragon 675 SoC.

For similarities, a 3,600mAh capacity battery will most likely be found in the Moto Z4 Play and could make the crossover to the standard edition too. Storage capacity will probably follow that trend with the Play edition device suspected of shipping with 64GB and 128GB options that line up with the variations in RAM. If the devices both ship with the same display, as has previously been the case in this family of smartphones, that will be a 6.22-inch fullHD+ (2340 x 1080) Super AMOLED display.