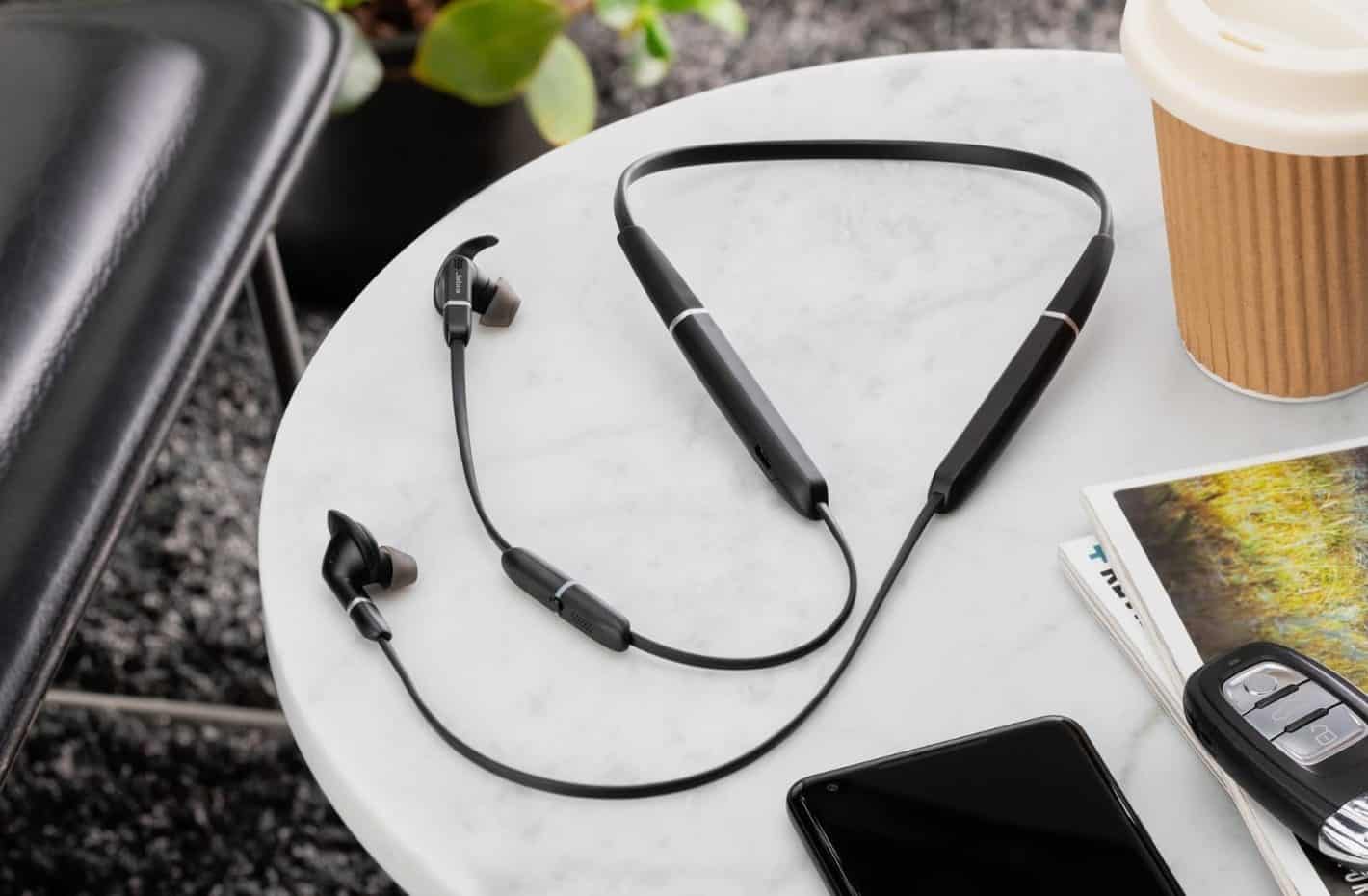 Jabra has officially launched the next evolution of its 65e wireless earbuds, the fittingly named Jabra Evolve 65e, bringing both UC and Skype for Business certification variants to the accessories for the best mobile-first business-ready experience on offer from the company to date. As might be expected, the new gadget bears a striking resemblance to last year's Jabra Elite 65e in terms of design but it improves on nearly every aspect of those for better clarity, quality, comfort, and battery life.

In terms of what's included, Jabra has bumped the number of mics included in the earbuds from three to four. The fourth microphone builds on the purpose built into the previous device's mic orientation by keeping the two voice capture microphones and adding one ambient noise mic to each earbud. That serves to ensure users can stay connected to their surroundings as needed via Jabra's HearThrough solution.

DSP algorithms are utilized to find the optimal voice-to-noise ratio for a given environment.

Battery life comes in at a claimed eight hours of talk time and thirteen hours of music playback with weight falling in at around 1.27 -ounces. The buds themselves are designed to be as comfortable as possible and are built on a bud and 'ear wing' design for passive noise cancellation.

Mobile-first focus but not just for mobile users

Productivity doesn't take a backseat with Jabra's latest announcement either since, despite the above-mentioned mobile-first leanings, this is one communication device meant to do it all. It will do it all at once too, thanks to the company's decision to include a Jabra Link 370 USB Bluetooth adapter in the box. With the adapter plugged into a compatible PC, the neck-borne wireless earbuds will be able to connect to both a smartphone and computer simultaneously.

That link ensures that a strong connection can be held at up to 100 feet from the PC the adapter is plugged into while mobile Bluetooth is good for up to a distance of 33 feet.

Aside from those features and the above-listed noise controls, users can link their headphones up to the Jabra Sound+ app too, enabling more granular control over the entire experience. That's also where a handy instruction manual and help tips can be found as well as tools for updating the Jabra Evolve 65e earbuds themselves.

For even more productivity assurance, the headset comes with a dedicated "busylight" that is meant to deter others from bothering the wearer while the headset is in use.

Finally, a single button press will connect users to their digital voice assistant whether that's Google Assistant or another AI helper.

The two variants are nearly identical with differing certifications intended to separate them out by what the end user might need. If for some reason it's required that Microsoft's own communication certification is in place then that will be the version to choose rather than the more general UC certification variant. Both will be identical in price too, hitting the market at €165 — or $200 for those in the US.

Jabra's announcement has these listed as being available in "Mid-March," and they're already available to buy directly from the company.

Jabra Evolve 65e - Jabra
Advertisement
Trusted By Millions
Independent, Expert Android News You Can Trust, Since 2010
Publishing More Android Than Anyone Else
37
Today
91
This Week
92
This Month
4857
This Year
106334
All Time
Advertisement