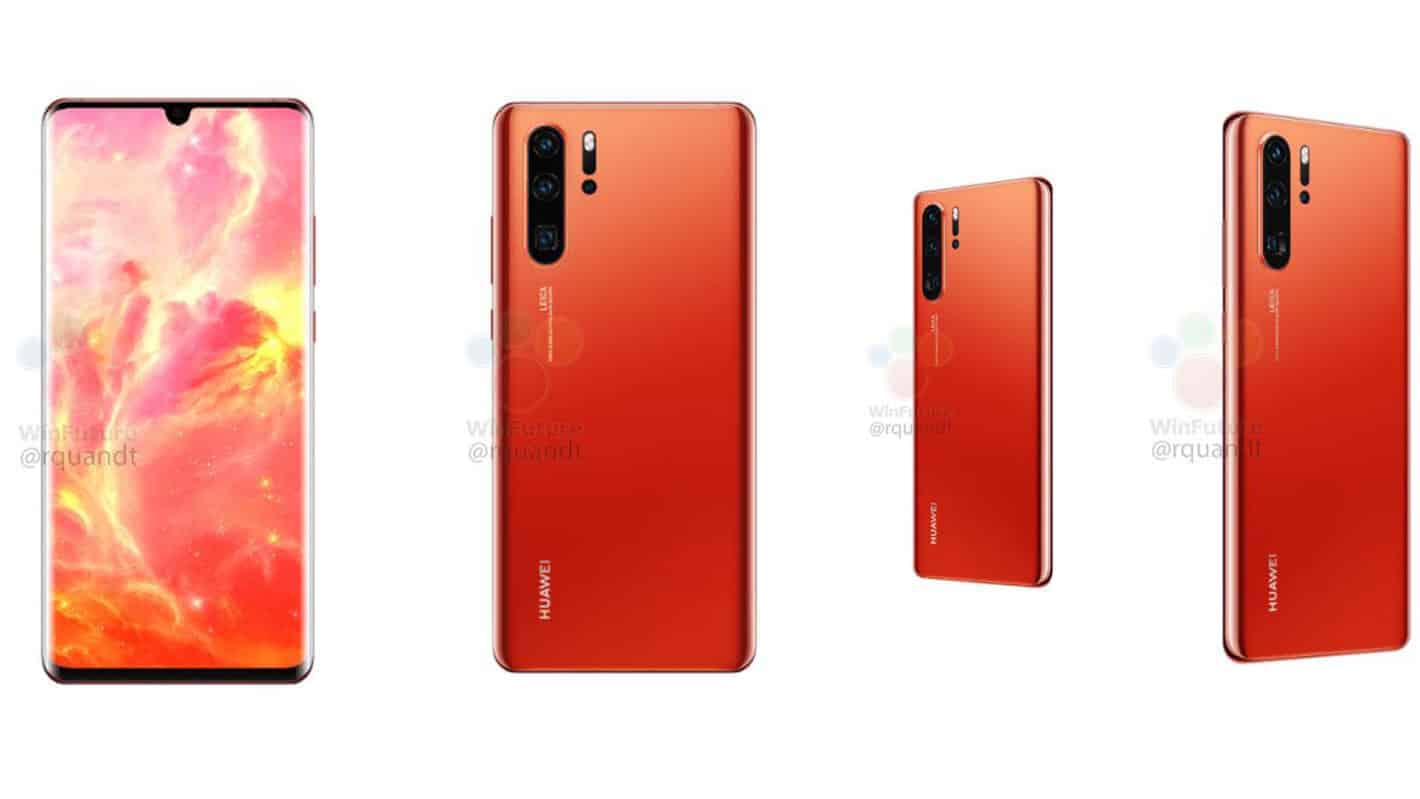 Huawei's P30 range of Android flagships may indeed be one of the most exciting mobile series of the year, yet trying to get excited about its actual launch that's scheduled for March 26 is becoming an exercise in futility, with everyone from industry insiders to careless online retailers and even some hilariously easy-going executives leaking the upcoming devices on countless occasions by now.

Likely the last surprise Huawei has in store for the general public later this month was unveiled today after one known tech scoop expert from Germany obtained images of a bright red variant of the P30 Pro, the larger member of the firm's next ultra-premium handset lineup.

One color to rule them all… until next year

The finish that can be seen above is primarily red with a touch of orange, amounting to a rather aggressive-looking device, even for Huawei's standards. The company itself started experimenting with more innovative smartphone colors about a year back, with its most successful such endeavor to date being the Twilight finish developed for the P20 range released almost exactly a year ago to date.

The immensely positive feedback the Twilight color earned prompted Huawei to bring it back for the Mate 20 lineup launched last fall and it's also expected to be encompassed by the upcoming P30 range. Unlike traditional handset finishes, the Twilight solution isn't a single-color affair but a gradient moving from a bright blue hue to a shade of deep purple.

While the color was initially introduced as a P20 Pro exclusive, its subsequent iterations were more comprehensive in terms of scope. As Huawei's designers previously explained, the gradient was inspired by aurora borealis, popularly called Northern Lights.

Given those developments, it appears a significant portion of consumers is fed up with black and gray handsets, a staple of contemporary mobile devices. Everyone from LG and HTC to Motorola, OPPO, and Lenovo is now experimenting with gradients en masse.

The appearance of this red P30 Pro suggests Huawei is adamant to continue trying out new colors and isn't afraid of experimenting even if it risks diluting its most important smartphone series of the year.

Huawei surpassed Apple in 2018 for the first time ever, both in terms of sales and shipments, hence claiming the title of the world's second-largest smartphone vendor, according to numerous industry trackers and consolidated. All that's left now is overtaking Samsung, which is something Huawei publicly identified as its goal years ago.

While Samsung's lead still seems impossible to reach in the near term, the Chinese firm showed little to no signs of slowing down in recent years and continues to impress with sales and shipments, even as the U.S. has not only barred it from doing large-scale business in its backyard by e.g. killing its Mate 10 deal with AT&T in early 2018 but is now actively lobbying against it with Western allies, causing unprecedented tensions on the international stage.