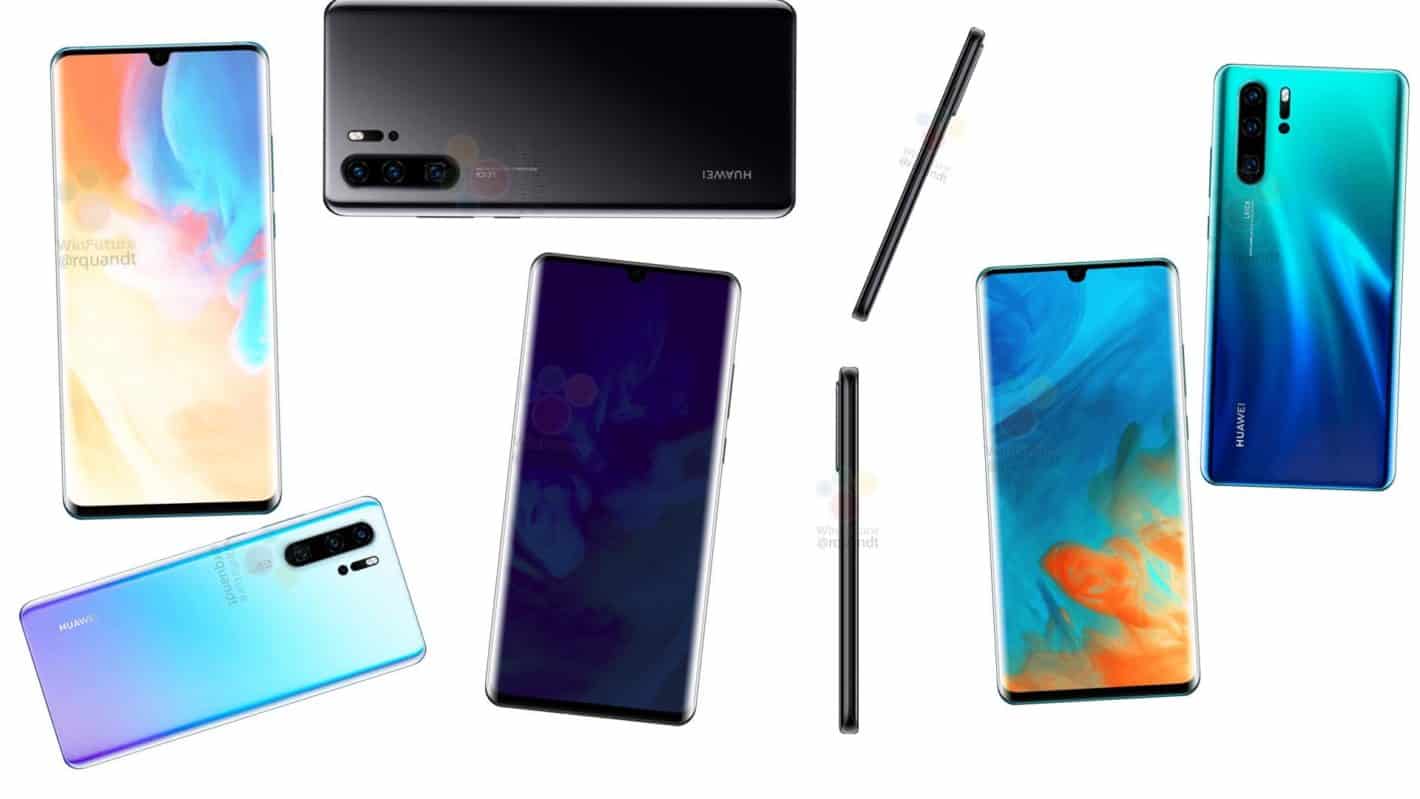 Huawei will be announcing its P30 series of Android flagships exactly two weeks from now but not only did it once again struggle to keep a lid on one of its seminal devices, even its executives gave up on doing so in the end, as evidenced by the fact they themselves are now casually leaking info about the handsets.

The latest sighting of the device also seems to be originating from company sources as the galleries below contain what appear to be official press renders of both the P30 and P30 Pro.

The handsets depicted in the leak look identical to previous sightings of Huawei's high-end phablets, featuring a minuscule notch and 19:9 screens. The larger panel of the P30 Pro appears to curve around the long edges o the device, with the phone lacking a physical home button and conventional fingerprint reader. Instead, it sports an in-display sensor for biometric authentication, according to previous rumors, and as indicated by the same leak.

Huawei was the second mobile company in the world to commercialize in-screen scanner last year, having first done so with the bizarre Porsche Design Mate RS which used no fewer than two fingerprint readers. However, all of the company's devices that followed it with similar technology featured optical sensors, an arguably outdated technology which Huawei's largest rival Samsung opted to skip in its entirety, having instead jumped straight into ultrasonic sensors with the recently launched Galaxy S10 line. Compared to the first-generation platform, ultrasonic modules can read fingerprints faster with a smaller false positive rate, ultimately beating their predecessors in terms of both security and convenience, and that's without accounting for the fact they also aren't terribly crippled when met with sweaty, greasy, or otherwise wet fingers.

What's it all about

Even an optical fingerprint reader could be forgiven by reviewers and tech enthusiasts if the rumors of a 10x optical zoom camera being part of the P30 Pro package are correct. That kind of lossless magnification is essentially unheard of in the mobile segment, at least in terms of built-in cameras responsible for minimal bumps. The experimental setup developed by Huawei in collaboration with Zeiss likely won't be included in the regular P30; given the company's track record, its "entry-level flagships" will only receive the new solution in 2020, i.e. the P40 should be the first such device to offer it.

Not even Samsung's Galaxy S10 family boasting of up to six cameras in a single device managed to objectively surpass the triple-lens solution used by last year's P20 Pro, so it appears Huawei is now ready to once again raise the mobile photography bar with the P30. The company has a history of claiming its mobile products are comparable to DSLRs and while that's hardly the case from any reasonable perspective, there's no doubt they're becoming more impressive by the quarter.

The Huawei P30 and P30 Pro are scheduled for a Paris unveiling on March 26 and should become available for purchase in the first half of April.